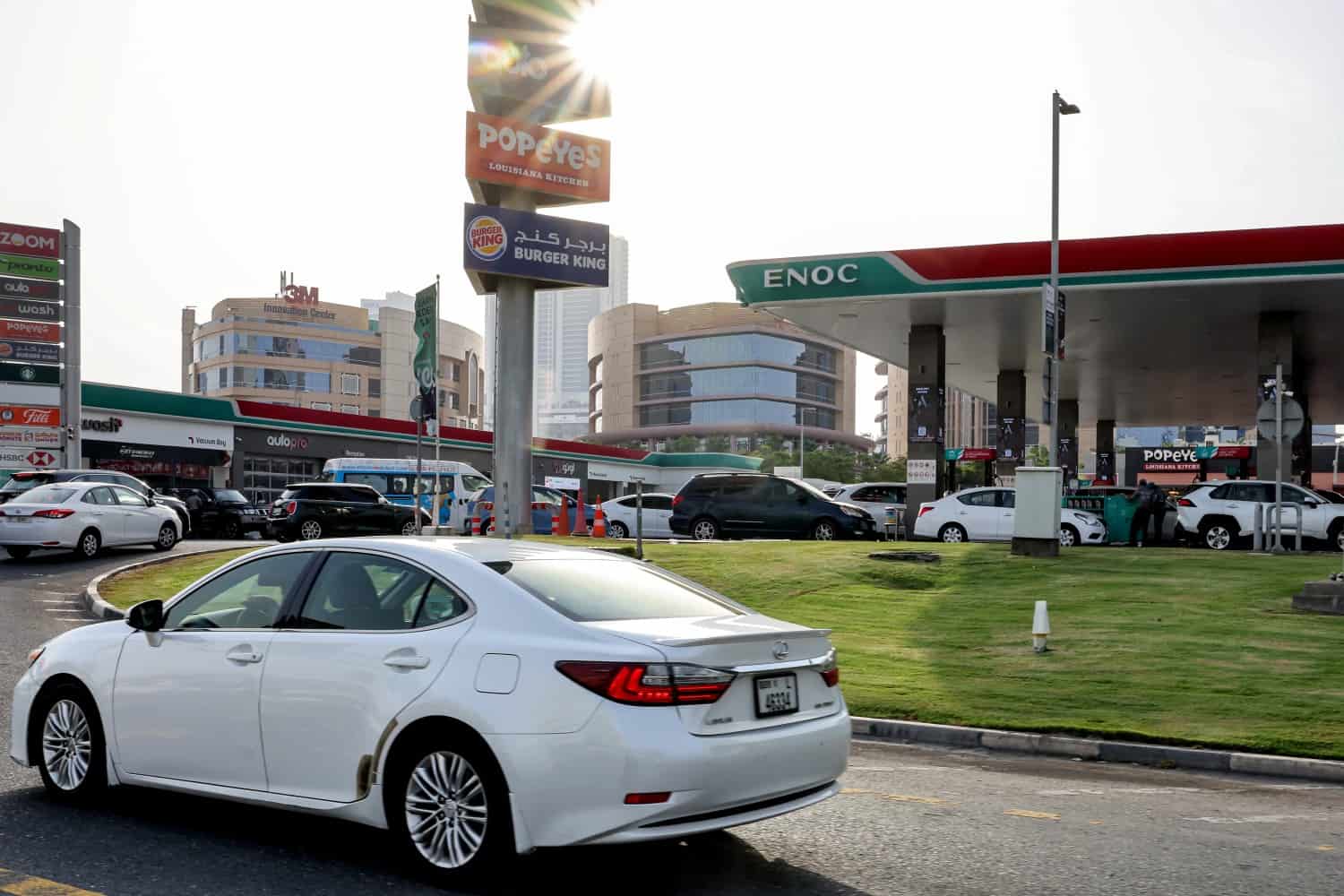 A petrol station in Dubai. Petrol prices in the UAE have increased more than 74 percent since January 2022. (AFP)

Saudi Arabia is disbursing billions of dollars directly to citizens to ease the effects of inflation while the United Arab Emirates (UAE) has doubled the budget for its social security programme to AED 28 billion (about $7.6 billion) after a rise in fuel prices.

“A generous royal order was issued approving the allocation of financial support in the amount of 20 billion riyals (around $5.3 billion) to face the repercussions of rising prices globally,” the official Saudi Press Agency reported on Monday, attributing the decision to King Salman.

Roughly half that amount would come via direct cash transfers to social security beneficiaries, the SPA report said.

Earlier on Monday, Saudi Crown Prince Mohammed bin Salman “stressed the need to take into account the neediest citizens in the face of international developments that resulted in rising costs of some basic needs”, a separate SPA report said.

Chairing a meeting of the kingdom’s economic affairs council, Crown Prince Mohammed, reportedly made the point that government offices must respond to global supply chain issues and rising prices to protect consumers’ interests.

Saudi Arabia, the world’s top oil exporter, has not been hit as hard by inflation as other countries in the region.

The most recent consumer price index for Saudi Arabia showed an annual increase of 2.2 percent in May, with prices up 4.2 percent for food and beverages and four percent for transport.

GDP is expected to grow by 7.6 percent in 2022, the International Monetary Fund said in April.

In early May, the Kingdom reported its fastest economic growth rate in a decade, as a surging oil sector fuelled a 9.6 percent rise in the first quarter over the same period of 2021.

The UAE President, Sheikh Mohamed bin Zayed Al Nahyan, meanwhile, has ordered the restructuring of a low-income citizens’ support programme and raising its budget from AED14 billion to AED28 billion, underscoring the will of the UAE’s leadership to provide low-income families with decent lives.

The programme is a key step in the social action sector and confirms the country’s determination to launch major governmental initiatives aimed at improving citizens’ quality of life, most notably low-income families, she added.

(With inputs from WAM and AFP)