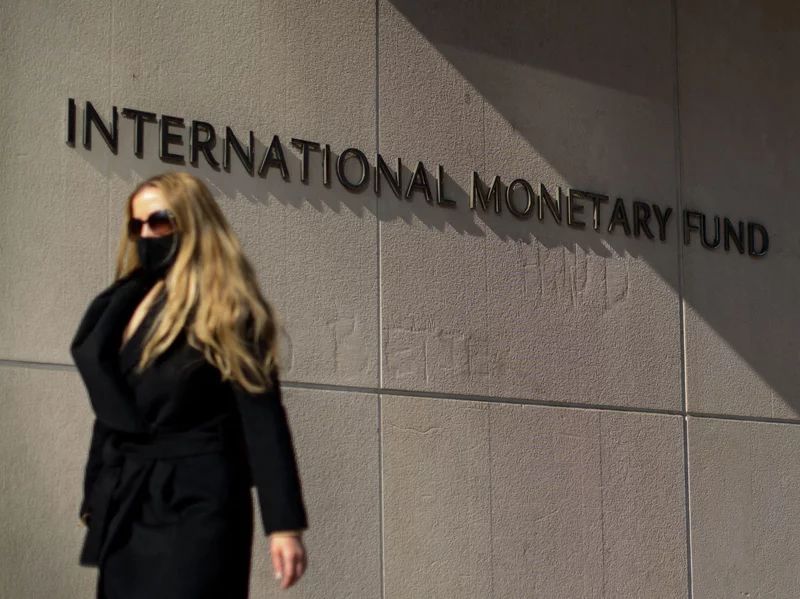 The IMF has warned that emerging economies should adjust their policies according to the US Fed. Now, the GCC should take heed. AFP File Photo

The International Monetary Fund (IMF) has warned that developing nations are about to face what it called “economic turbulence.”

That is bad news for countries across the world in general and within the GCC in particular.

That is because a halt in the growth of developing countries could seriously hamper the revival of GCC economies.

The fund, in a blog post, warned that several factors will affect how emerging economies across the world look to overcome global and local financial hurdles.

The factors include how the US Federal Reserve looks at the internal economic situation and how the US response to the Covid-19 — including the Omicron variant — is rolled out, and what differences these make.

“Average gross government debt in emerging markets is up by almost 10 percentage points since 2019 reaching an estimated 64 percent of GDP by end 2021, with large variations across countries,” the IMF warned.

“But, in contrast to the United States, their economic recovery and labor markets are less robust,” it said.

The fund then looked into the crystal ball and predicted: “Faster Fed rate increases in response [to broad-based US wage inflation or sustained supply bottlenecks] could rattle financial markets and tighten financial conditions globally.”

This is where the GCC members should perk up their ears and raise their hackles, as and when the need arises for it.

The reason is an Economist Intelligence Unit (EIU) report from March 2011 that highlighted how these countries were depending on emerging nations to diversify their own economies.

“New markets are being sought around the world for a growing range of non-oil goods and services, while, on the investment side, both the well-capitalized sovereign wealth funds and an increasing range of private investors have built up wide-ranging investment portfolios,” the report explained.

“Emerging markets, especially in Asia, are becoming increasingly important economic partners for the GCC,” it posited.

The report pointed out that the Organization for Economic Co-operation and Development (OECD) — a group of developed countries dominated by Western Europe and North America — 30 years ago accounted for almost 85 percent of all the GCC’s trade.

However, there has been a perceptible shift in the pattern of trade since the 1990s, with emerging markets becoming increasingly important.

“By 2009 the emerging-market share of GCC trade had reached 45 percent,” said the EIU report.

This share apparently rose by an average of 11 percent per year between 1980 and 2009, compared to only 5 percent a year for the OECD.

Readers at this point may ask why an EIU report from more than 10 years ago is being referenced, or whether it is still even relevant.

The answer, in the affirmative, lies scattered across this IMF research from 2021 — a full decade after the EIU report.

A keen researcher would point the reader towards pages 31 and 32 of the report, where the IMF notes the following about emerging economies: “Impaired corporate balance sheets and elevated uncertainty could hinder investment, which will reduce capital accumulation.”

It also observed that the pandemic saw an unprecedented decline in corporate revenue and profitability.

“Although government policies such as tax holidays and loan deferrals have supported companies in particular SMEs during the crisis, contact-intensive sectors still took a large hit to revenues and have not yet seen a firm recovery,” it said.

“The real test for many SMEs will come when crisis-related policy support starts to be withdrawn,” it predicted.

Countries in the Middle East and North Africa (MENA) region, like those anywhere else in the world, have been looking for an economic resurrection ever since the pandemic hit.

Tourism was expected to be at least one of the ways out, and a UNWTO take on it may cheer up the entire region.

However, the fact remains that even the wealthiest GCC nations looking to diversify their economy — specifically to reduce or entirely end their dependence on oil or petroleum-related products — have been increasingly eyeing investment in emerging economies as a solution.

Therefore, the IMF warning on how US Fed sentiments impacting such nations should have not only the GCC nations but countries across the MENA region keeping their eyes peeled on at least what could come next.

If they are proactive enough, they could not only ride out this negative wave but be better prepared for what could come next.