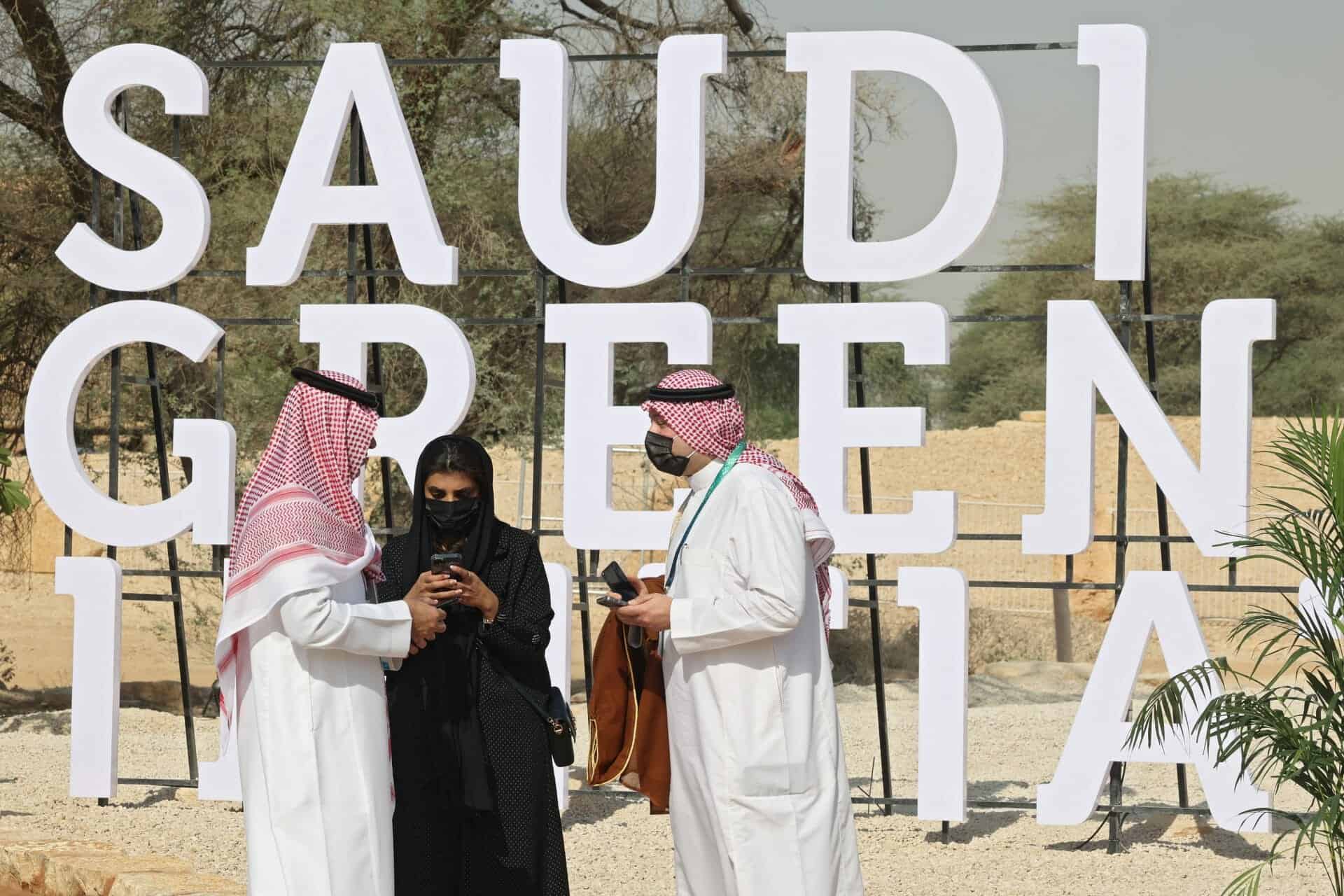 Attendees at the Saudi Green Initiative forum in the Riyadh. AFP.

Saudi Arabia’s Minister of Communications and Information Technology Abdullah bin Amer Al-Swaha has said that the best way to achieve zero emissions was to increase investment in science and technology.
He said if the world continued to follow the current policies and technologies, its zero-emissions efficiency will be 30 to 40 percent lower. Investing more in new technologies, and in a widespread manner, is the only way to address the gap, he added.
Al-Swaha said the kingdom, as one of the G20 Member States and a major source of energy in the world, is taking the lead in building a center for climate technologies in the Middle East and North Africa.
He was speaking at a dialogue session Saturday titled “How will the green economy change the world in the future” as part of the forum of the “Saudi Green” Initiative.
He also pointed out that drones can plant trees 10 times faster than traditional methods and at 20 lesser cost than manual farming.
This highlights the most important lessons learned in the early stages of using technology in the climate field, using artificial intelligence and drones to support and accelerate reforestation, and the extent of the success of such technologies in all regions of the world.
These methods are also an addition to the ways of success of afforestation projects and how trees can best be used to combat climate change, citing the importance of international cooperation that can ensure a rapid, comprehensive expansion of the cultivation of trees that are also planted specifically in the low afforestation areas of the world to combat desertification.