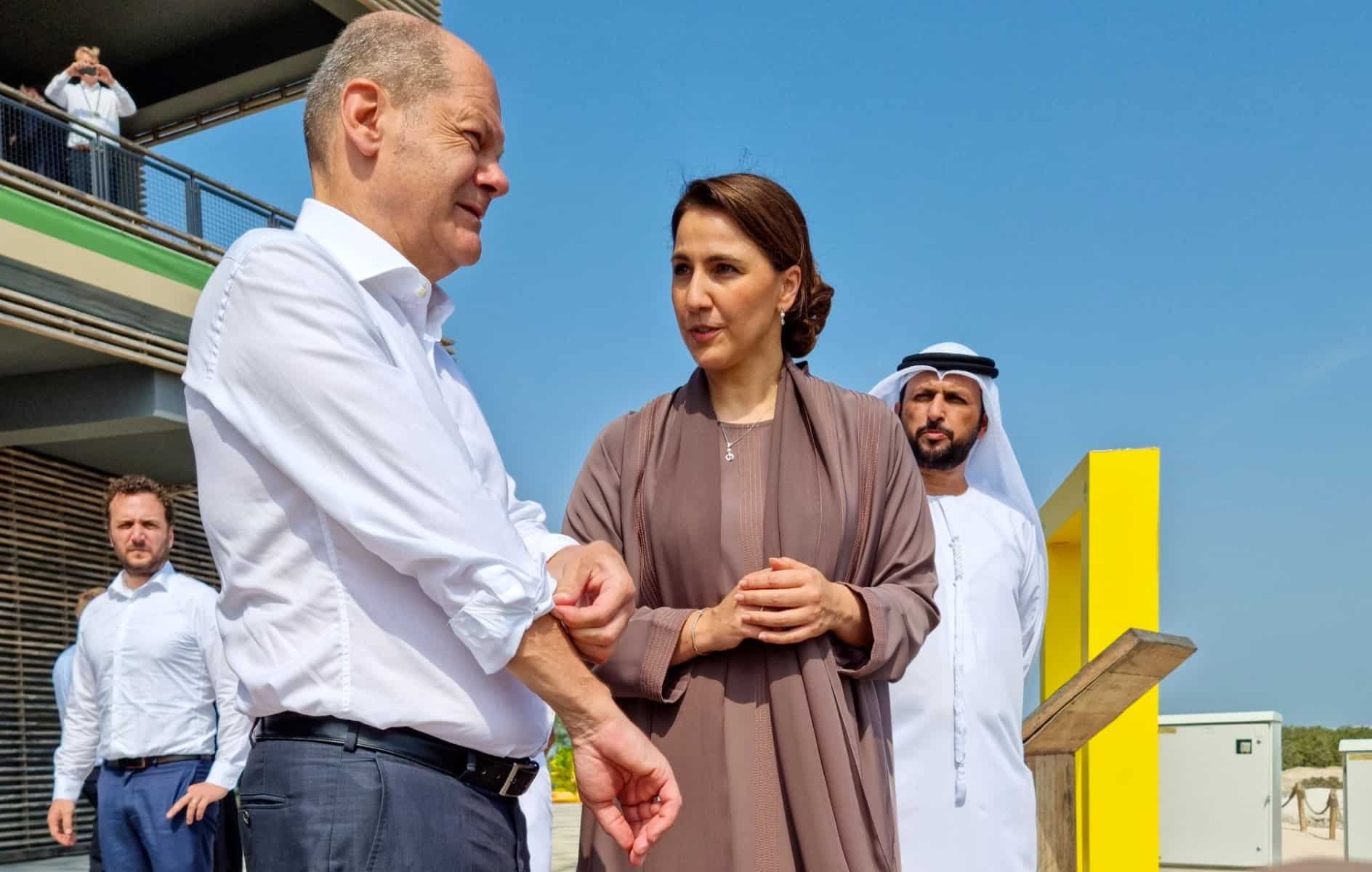 Scholz was on a visit to the UAE as part of a Gulf tour that also includes stops in Saudi Arabia and Qatar.

He met with Emirati President Sheikh Mohamed bin Zayed Al-Nahyan, who said on Twitter afterwards they had discussed “further opportunities for cooperation in areas including energy security, emissions reduction and climate action”.

As part of the deal, the UAE will provide “an LNG cargo for delivery in late 2022, to be used in the commissioning of Germany’s floating LNG import terminal at Brunsbuettel”, a North Sea port, the WAM report added.

UAE state oil company ADNOC completed its first ever direct diesel delivery to Germany earlier this month, and will “supply up to 250,000 tons of diesel per month in 2023”, it said.

“ADNOC has reserved a number of further LNG cargos exclusively for German customers in 2023,” it said.

Sunday was the second and final day of Scholz’s Gulf tour, which he hoped would seal new energy deals to replace Russian supplies and mitigate the energy crisis resulting from Moscow’s invasion of Ukraine.

Energy transition
Scholz’s stop in the UAE included a tour of an environmental project at a mangrove park with Emirati climate change minister Mariam Almheiri.

“The UAE believes all three pillars must go hand and hand. We cannot look at one or two of these pillars separately,” she said.

She also reiterated Abu Dhabi’s insistence on “a just transition” away from fossil fuels.

Both the UAE and Saudi Arabia have been leading critics of what they describe as “unrealistic” transition models they say have contributed to the current energy crunch.

Scholz told reporters in Abu Dhabi that his country had “made progress on a whole series of projects here in terms of the production and purchase of diesel and gas”, while adding it was determined to avoid energy dependence on Russia in the future.

“The fact that we are dependent on one supplier and also dependent on its decisions will certainly not happen to us again,” he said.

“With the investments that we are now making in Germany, and that will become reality bit by bit next year, we will indeed have an infrastructure for gas imports for Germany, such that we are no longer directly dependent on the specific supplier at the other end of the pipeline, as we are with a pipeline connection.”

Scholz said such projects were “important”.

“We have to ensure that the production of liquefied gas in the world is advanced to such an extent that the high demand that exists can be met — without having to fall back on the production capacities in Russia that have been used so far,” he said.

In Qatar, Scholz said that Qatar’s rights record is improving but did not commit to attending this year’s World Cup where his country will be one of the top contenders.

After talks with the emir of Qatar Sheikh Tamim bin Hamad Al-Thani, at the end of a two-day Gulf tour, Scholz said his government would send a representative for the World Cup but would only decide later who.

Scholz told reporters that Qatar has made “a lot of investment” in the 32-nation football gala that starts on November 20.

“We also note that progress has been made on questions that have long been debated, for example on the situation of workers, even if this is far from conforming to the ideas we have,” Scholz said, referring to the safety and wider employment conditions of labourers.

“The question of how we will be represented will naturally be decided at the right time,” he added, referring to Germany’s non-footballing representation. “But there will be someone.”

Qatar has faced widespread criticism over its record on labour rights at the huge infrastructure projects it has launched in the past decade, and also on LGBTQ rights.

But it says that much of the criticism is unfair and that major reforms have changed conditions for hundreds of thousands of migrant workers.

German players posed just ahead of their World Cup qualifier with Iceland in March last year in t-shirts each daubed with a single letter that together spelt the words “human rights”.

German supporters’ groups have also criticised Qatar but the national football federation has rejected calls to boycott the event, pointing to reforms carried out in the past few years.

Germany, which has won the World Cup four times, is pitted against Spain, Japan and Costa Rica in the group stage of the tournament.