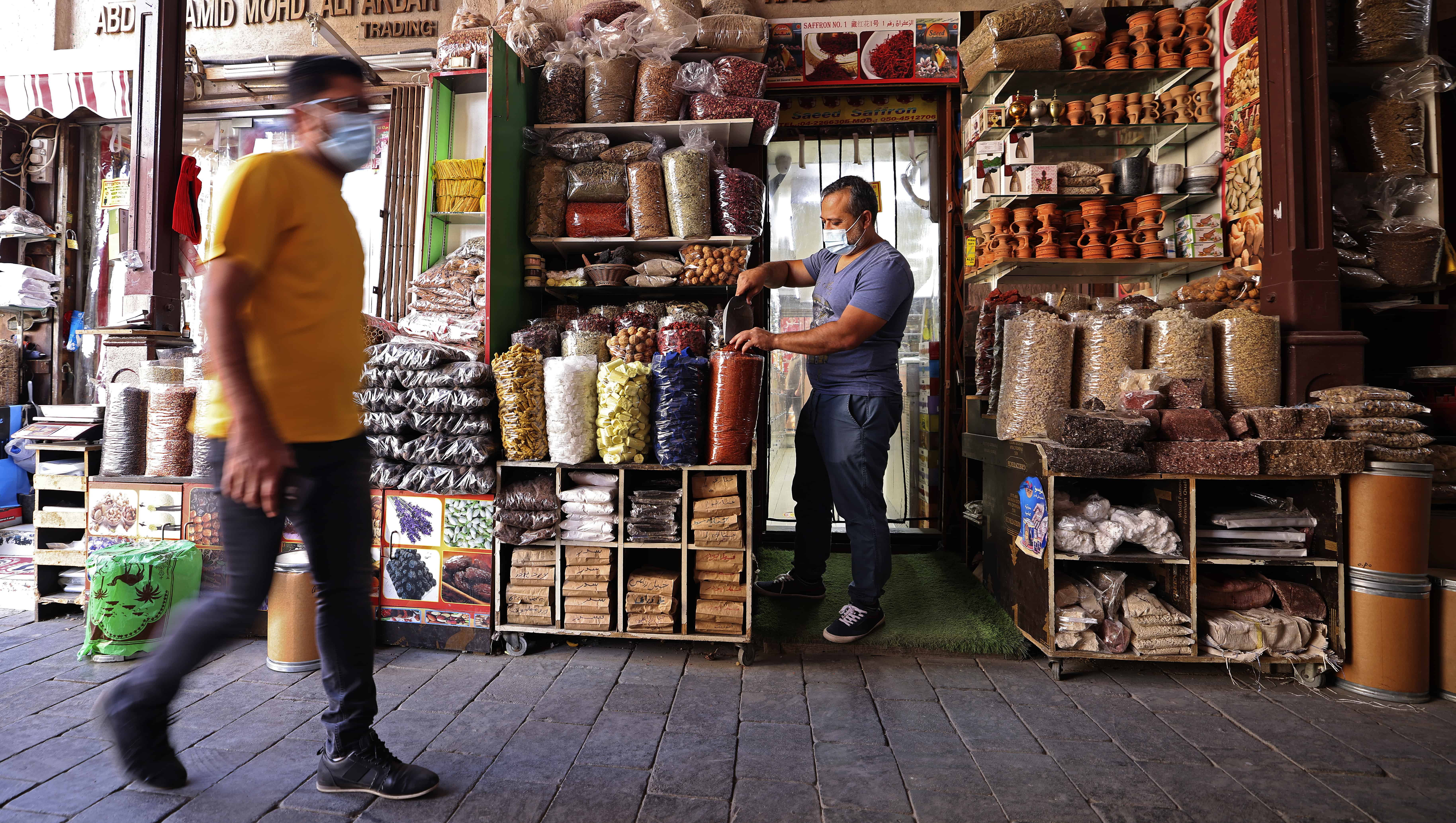 A vendor sets up a display at a spice shop at a market in Dubai in the United Arab Emirates. (AFP)

Dubai, UAE— The UAE has recorded a strong growth in business across the non-oil economy even as its Purchasing Managers’ Index slightly took a dive to 56.1 in September over the previous month, the latest data from S&P Global revealed.

August had recorded a slightly higher PMI of 56.7, but S&P considers any readings above 50 as growth while those below 50 are marked as contraction.

Hence, the September PMI figure of 56.1 is indicative of a strong improvement in the health of the non-oil private sector, it said.

“The UAE PMI was slightly lower at 56.1 in September, after August’s 38-month high of 56.7, but was nonetheless indicative of another strong pace of improvement in the non-oil economy,” said David Owen, an economist at S&P Global Market Intelligence.

He added: “At a time of heightened global recession risks, these findings suggest that domestic businesses are keeping well clear of economic storms in other regions, helped by above-trend rates of growth in output and new business as the country continues to recover from the pandemic.”