Turkey to host meeting with UN, Russia, Ukraine for export of grains 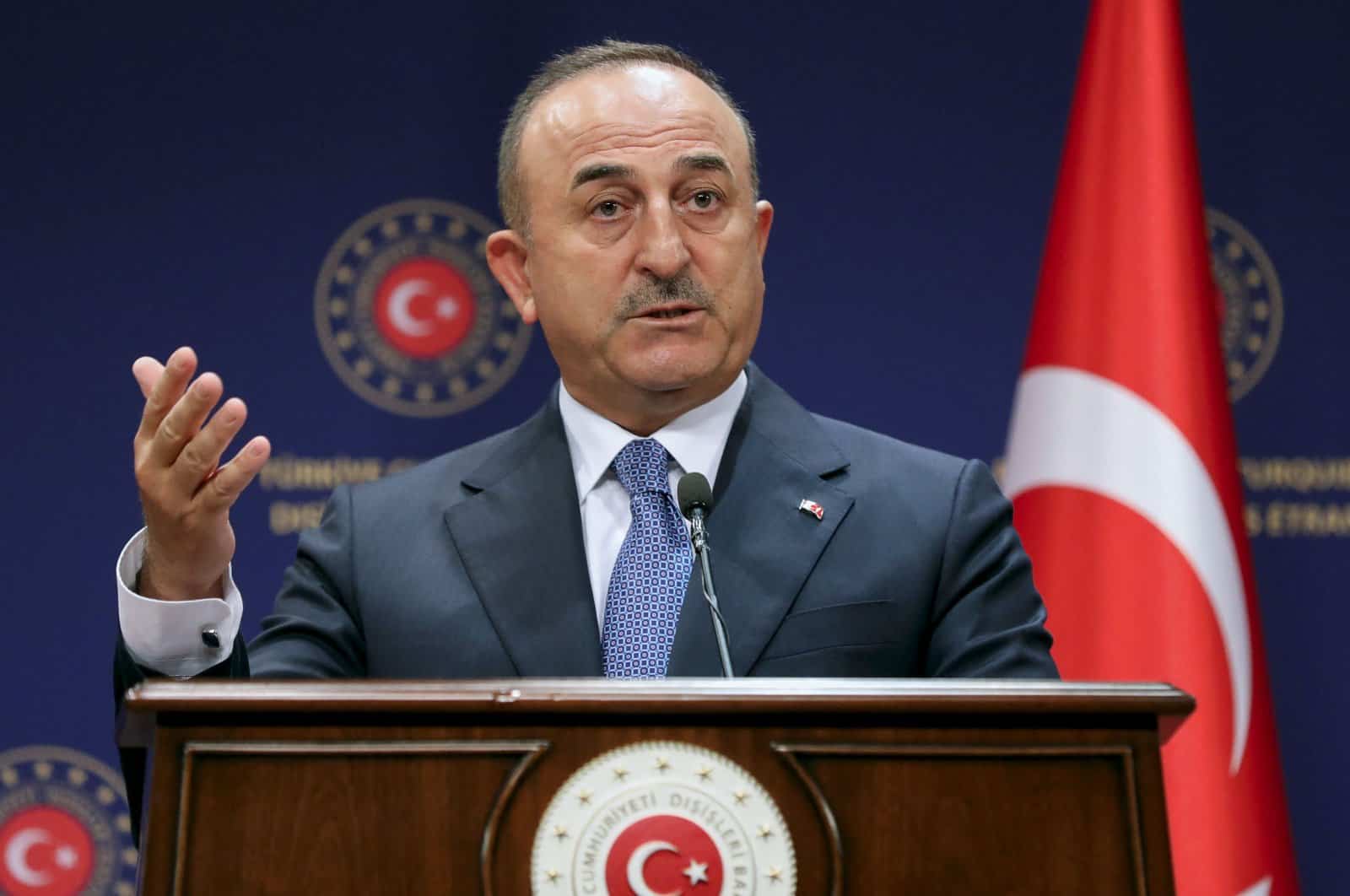 Foreign Minister Mevlüt Çavuşoğlu holds a joint press conference with the Dutch Minister of Foreign Affairs after their meeting in Ankara, Sept. 2, 2021. (AFP)

By TRENDS Desk AFP
June 16, 2022 12:47 pm
Share
Turkey is ready to host a four-way meeting with the United Nations, Russia, and Ukraine to organize the export of grain through the Black Sea, Foreign Minister Mevlut Cavusoglu said on Wednesday.

Millions of tons of wheat are currently stuck in Ukrainian ports, either blockaded or occupied by Russian forces, and vessels face the danger of mines.

According to the Turkish foreign minister, the UN has submitted a plan to facilitate exports.

Under the plan, safe corridors could be established without de-mining in the Black Sea for grain exports from Ukraine, he said.

“If Russia answers positively, there will be a four-partite meeting in Istanbul,” Cavusoglu said.

The UN Secretary-General’s spokesman Stephane Dujarric said Ankara had an important role in resolving the situation which has raised the prospect of worldwide food shortages.

“We have been in very close contact and we are working in close cooperation with the Turkish authorities on this issue,” he said.

“I think the role of the Turkish military will be critical in that regard.”

Cavusoglu last week hosted his Russian counterpart Sergei Lavrov in Ankara to discuss the issue, but without conclusive results.

Prior to the war, Ukraine was a major exporter of wheat, corn and sunflower oil, but shipments have been blocked since Russia invaded its neighbor in late February, causing food prices to soar worldwide.

Countries in the Middle East and Africa depend on Ukraine’s exports.

At the request of the UN, Turkey has offered its services to escort maritime convoys from Ukrainian ports, despite the presence of mines some of which have been detected near the Turkish coast.

After hosting talks between Russian and Ukrainian foreign ministers in March aimed at ending the war, the country has positioned itself as a neutral mediator as it maintains a delicate balancing act between its two Black Sea neighbors.