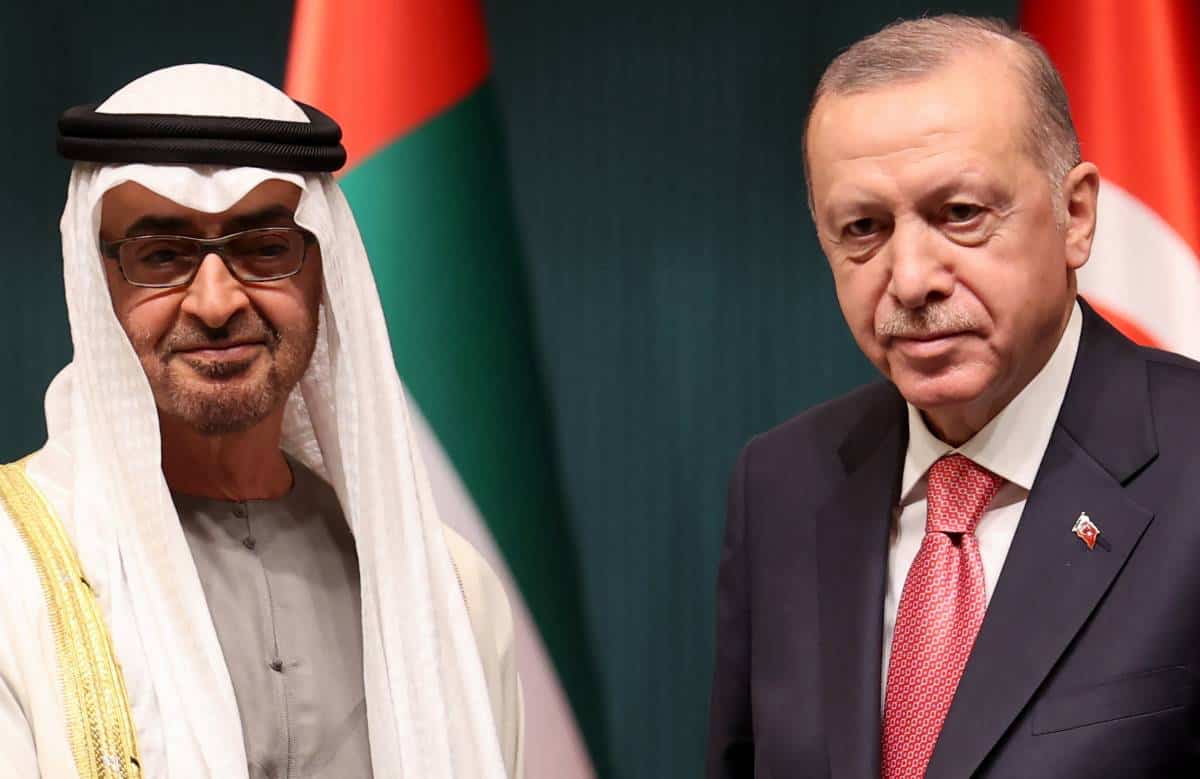 The first high-level visit to Turkey since 2012 comes a day after the Turkish lira crashed. AFP

The memorandums of understanding were signed between the Abu Dhabi Development Holding (ADQ), Turkish Wealth Fund (TVF), and the Turkish Presidency Investment Office, as well as with some Turkish companies.

ADQ signed an accord on investing in Turkish technology firms and establishing a technology-oriented fund, while Abu Dhabi Ports signed a deal on port and logistics cooperation.

A deal between ADQ and Turkish company Kalyon on energy and infrastructure, another with CCN Group on health cooperation, and a third with Turkey’s Presidency Investment Office on renewable energy were also among the agreements, a Turkish official said.

The first high-level visit to Turkey since 2012 comes a day after the Turkish lira crashed, the latest turbulence in a tumultuous period for the economy.

The UAE and Turkey backed opposing sides in the Libyan conflict and have diverging opinions on other regional issues such as gas exploration in the eastern Mediterranean.

Relations were particularly tense after a Saudi Arabia-led blockade on Qatar by Arab countries including the UAE in 2017. Doha is one of Ankara’s closest allies.

Erdogan greeted Sheikh Mohammed on the ceremonial blue carpet at the presidential palace in Ankara on Wednesday before they went into talks.

The meeting was followed by a signing ceremony for several agreements, the content of which was not divulged. A formal dinner was planned later at the palace.

“The UAE announced the establishment of a $10 billion (8.93 billion euros) fund to support investments in Turkey,” the official Emirati news agency WAM said.

The move was “to support the Turkish economy and boost bilateral cooperation between the two countries,” the agency added.

Erdogan has this year sought to improve ties with regional rivals including Egypt in the face of increasing diplomatic isolation that has caused foreign investment to dry up — particularly from the West.

The groundwork was laid for the rapprochement with a visit in August by a UAE delegation, as well as a phone call between Erdogan and Sheikh Mohammed, the UAE’s de facto ruler.

Investors have become skittish over what they see as Erdogan’s unorthodox thinking on interest rates.

The lira has lost 39 percent of its value against the dollar since the start of the year and inflation was nearly 20 percent in October.

The currency rallied by 5 percent after the news about Emirati money flowing into Turkey to reach 12.2 against the US greenback.

“The main purpose of this visit is increasing our trade and business partnership through sustainable and successful investments,” he was quoted as saying by TRT Haber.

The main focus of the $10 billion fund will be on “strategic investments”, especially in sectors including energy, health and food, WAM reported.

Observers say Turkey does not only seek the UAE’s financial support, but also to repair ties “between two major players who seek to assert themselves in the region,” said Hasni Abidi, international relations professor at the University of Geneva.

The two countries also know they are not favoured by the White House under US President Joe Biden as they were under his predecessor, Donald Trump, he added, leading to a rethink of their relationship.