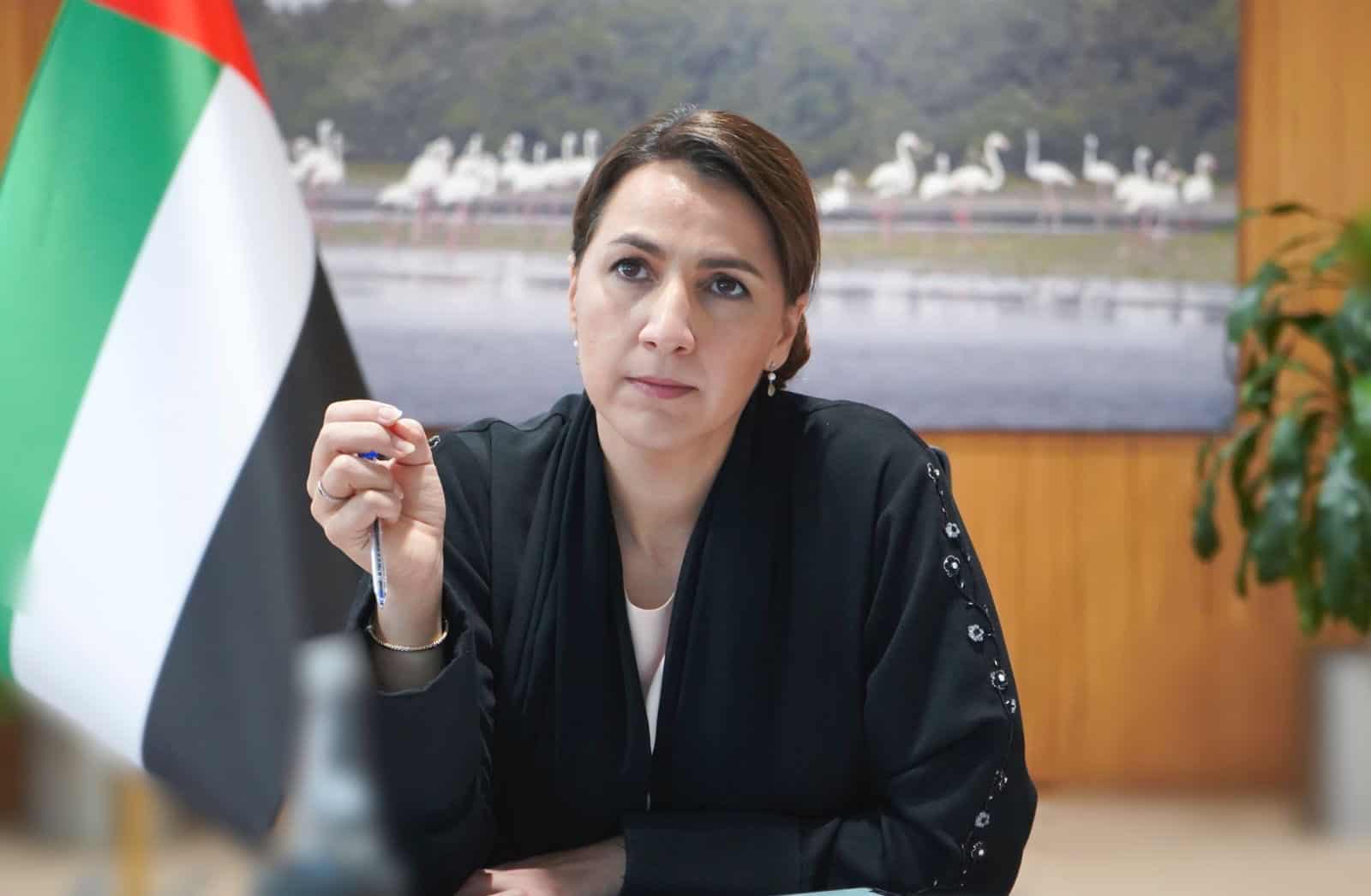 The minister thanked the GCC Secretariat General for its dedication to pursuing this objective. (Twitter)

Mariam bint Mohammed Almheiri, UAE’s Minister of Climate Change and the Environment, has said UAE is keen to enhance efforts aimed at building sustainable food and agricultural systems in GCC.

She was speaking at the 32nd Meeting of the GCC Agricultural Cooperation Committee.

Almheiri commended the Committee and hoped that it ushers a new phase of collaboration in GCC to achieve the objectives of their governments and people.

She stressed the importance of forging new partnerships and increasing the scale of existing joint projects among GCC countries to enhance food security, which has become a priority at all levels.

She also thanked the GCC Secretariat General for its dedication to pursuing this objective.

The Minister noted that the topics explored in the meeting had gained importance due to their impact on the food security in the region.

Among the main points on the agenda were the Unified Legislative Framework for the Management of Plant Genetic Resources for Food and Agriculture and the Agricultural Quarantine Act.

This also includes the Development of Sustainable Date Palm Production Systems in the GCC Countries project, and the GCC Early Warning Centre for Transboundary Animal Diseases.

Also, a proposal to improve the competitiveness of agricultural products from the GCC region, and the regulation and control of export and import of live aquatic animals and plants and their products were also put forward.

Participants also discussed nontariff barriers and the GCC’s cooperation with Jordan and Morocco.