US Fed chair admits recession a ‘possibility’ after rate hikes 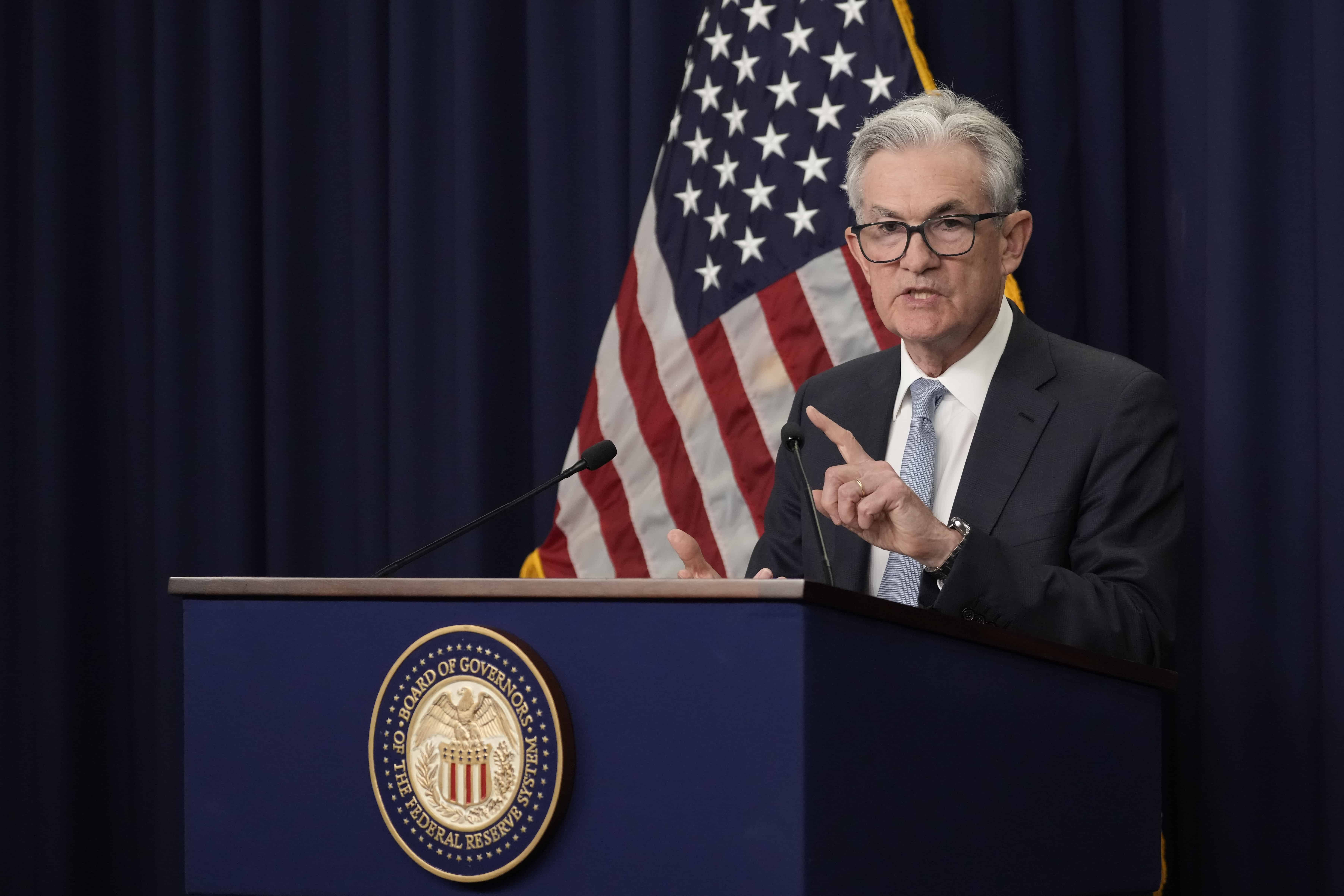 Jerome Powell, Chairman, Board of Governors of the Federal Reserve System. AFP

Powell, whose testimony before senators was closely watched by investors and analysts, also said the world’s largest economy faces an “uncertain” global environment and could see further inflation “surprises.”

The Fed chair again stressed that policymakers understand the hardships caused by rising prices and are committed to bringing down inflation, which has reached a 40-year high.

Last week, the US central bank announced the sharpest interest rate increase in nearly 30 years and promised additional similar moves to combat the price surge, with gas and food costs skyrocketing and millions of Americans struggling to get by.

But when peppered with questions about the prospect of a recession, Powell acknowledged the risk.

“It’s not our intended outcome at all, but it’s certainly a possibility,” he told the Senate Banking Committee.

“And frankly, the events of the last few months around the world have made it more difficult for us to achieve what we want, which is two percent inflation and still a strong labor market.”

In his opening remarks, Powell insisted the US economy “is very strong and well positioned to handle tighter monetary policy.”

“Inflation has obviously surprised to the upside over the past year, and further surprises could be in store,” the Fed chief said in his semi-annual appearance before Congress.

Policymakers “will need to be nimble” given that the economy “often evolves in unexpected ways,” he said.

The Fed is facing intense criticism that it was too slow to react to the changing economy, which benefited from a flood of federal government stimulus.

Last week’s super-sized 0.75-percentage-point increase in the benchmark lending rate was the third since March, taking the policy rate up a total of 1.5 points. Powell at the time said a similar increase was likely in July.

The ideal scenario would be for those moves to cool the economy enough to douse inflation pressures, without choking off growth — the hoped-for “soft landing.”

“I think it’s going to be very challenging,” Powell said, insisting there are “pathways” to avoid recession, and that he does not view the risk of a downturn as “particularly elevated.”

Financial markets seemed cheered by his relatively upbeat comments, which echo those of other Fed officials in recent days who have pushed back against rising pessimism.

But Wall Street stocks lost steam late in the trading session, and the Dow finished the day down 0.2 percent.

In addition to easing the financial strain on less-wealthy American families, the Fed chief said tamping down inflation was “essential” to maintain a healthy labor market.

The US economy recovered quickly from the Covid-19 pandemic, helped by robust consumer spending, and has continued to create jobs at a strong pace, pushing unemployment down to near a 50-year low.

But the buoyant demand for homes, cars and other goods clashed with transportation and supply chain snarls in parts of the world where Covid-19 has remained a challenge.

That fueled inflation, which got dramatically worse after Russia invaded Ukraine in late February and Western nations imposed stiff sanctions on Moscow, sending food and fuel prices up at a blistering rate.

But Powell noted that inflation is a global issue, not unique to the United States.

Many major central banks have joined the Fed in beginning to tighten monetary policy — with the notable exception of the Bank of Japan.

Powell said many factors driving inflation are beyond the Fed’s control, but he pointed to signs that rising rates are having an impact, as business investment slows and “activity in the housing sector looks to be softening, in part reflecting higher mortgage rates.”

Average home loan rates jumped to 5.23 percent in May for a 30-year, fixed-rate mortgage, from 4.98 percent in April, according to Freddie Mac, while the median price for homes topped $400,000 for the first time.

“The tightening in financial conditions that we have seen in recent months should continue to temper growth and help bring demand into better balance with supply,” Powell said.