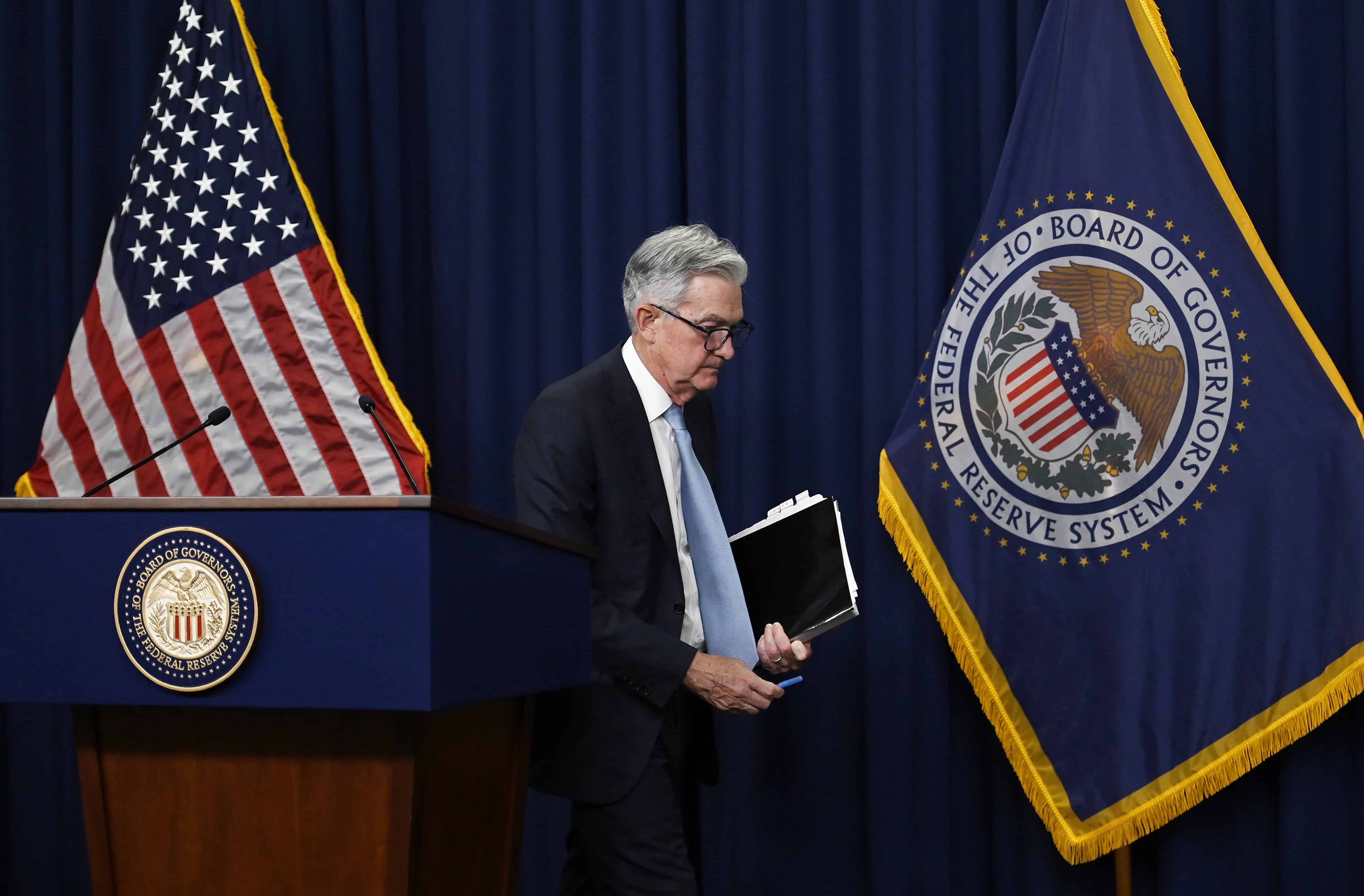 The US Federal Reserve announced the most aggressive interest rate increase in nearly 30 years on Wednesday, and said it is prepared to do so again next month in an all-out battle to drive down surging inflation.

Fed Chair Jerome Powell said it was “essential” to lower inflation, and policymakers “have both the tools we need and the resolve it will take to restore price stability on behalf of American families.”

He stressed that the goal is to achieve that without derailing the US economy, but acknowledged there is always a risk of going too far.

The Fed’s policy-setting Federal Open Market Committee raised the benchmark borrowing rate to a range of 1.5-1.75 percent, up from zero at the start of the year.

It was the first 75-basis-point increase since November 1994.

Powell told reporters the move was “an unusually large one,” but he does not expect “moves of this size to be common.”

However, “from the perspective of today, either a 50-basis-point or a 75-basis-point increase seems most likely at our next meeting,” he said.

“It is essential that we bring inflation down if we are to have a sustained period of strong labor market conditions that benefit all.”

Biden has endorsed the Fed’s effort and is hoping for success as his Democrats face the possibility of losing control of Congress in key midterm elections in November.

White House economic adviser Brian Deese told Fox News “the most constructive steps that Congress and the executive branch can take to help support what the Fed is trying to do are to lower the cost that families face directly and to lower the federal deficit.”

Until recently, the central bank seemed set to approve a 0.5-percentage-point increase, but economists say the rapid surge in inflation put the Fed behind the curve, meaning it needed to react strongly to prove its resolve to combat scorching price increases.

Committee members now see the federal funds rate ending the year at 3.4 percent, up from the 1.9 percent projection in March, according to the median quarterly forecast.

They also expect growth slowing to 1.7 percent in 2022 from the previous 2.8 percent forecast.

However, Powell stressed that “we are not trying to induce a recession now.”

But Diane Swonk of Grant Thornton, a long-time Fed watcher, said, “It is not clear the economy will be as resilient as the Fed expects.”

She called the central bank’s outlook “fanciful” and compared the current situation to the early 1980s when then-Fed chief Paul Volcker drove interest rates up to 20 percent to choke off inflation, tumbling the economy into recession.

“Brace yourself for what comes next. This is a Volcker-Esque Fed. That means the Fed is willing to take a rise in unemployment and a recession to avert a repeat of mistakes of the 1970s,” she said on Twitter. “Growing up in Detroit, I remember that period well. It was ugly with deep scars.”

US central bankers began raising interest rates off zero in March as buoyant demand from American consumers for homes, cars and other goods clashed with transportation and supply chain snarls in parts of the world where Covid-19 remained — and remains — a challenge.

That fueled inflation, which got dramatically worse after Russia invaded Ukraine in late February and Western nations imposed steep sanctions on Moscow, sending food and fuel prices up at a blistering rate.

US gasoline prices have topped $5.00 a gallon for the first time ever and are setting new records daily.

Economists thought March was the peak for consumer price hikes, but the rate spiked again in May, jumping 8.6 percent in the latest 12 months.

The Fed was caught off guard with the speed of the price increases, and while policymakers usually prefer to clearly telegraph any policy shift to financial markets, the latest data changed the calculus.