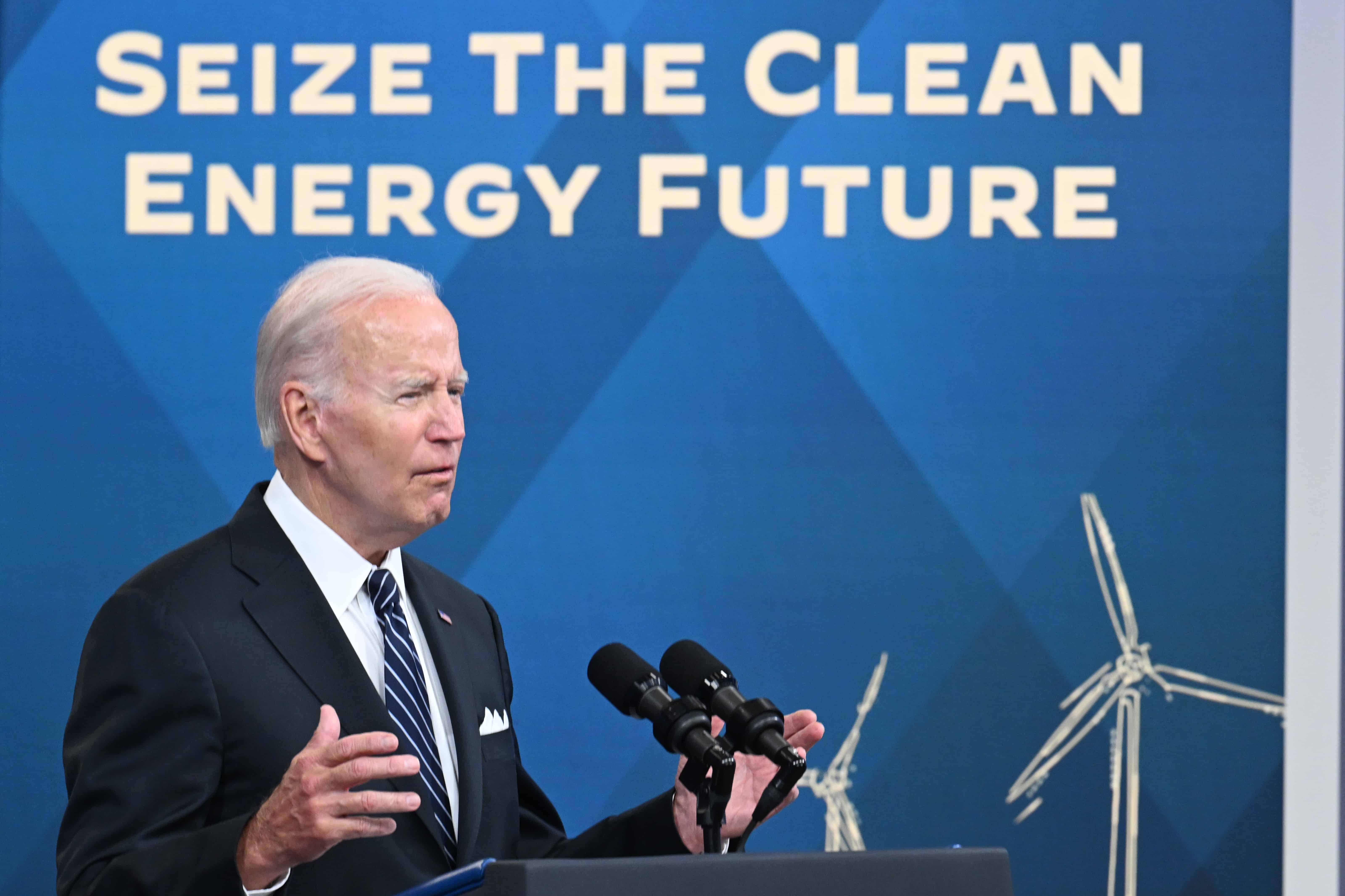 Joe Biden pitched a temporary fuel tax break Wednesday to help American drivers face the highest inflation in four decades, but critics called it window dressing by an unpopular US president ahead of difficult midterm elections.

But so far, lawmakers seem unlikely to give his plan the green light.

In a televised address, Biden called for lifting the federal tax on gasoline of 18 cents a gallon until September. He also asked state governments to suspend their own taxes for the same period.

Noting that gas prices — now averaging near $5 per gallon — had gone up almost $2 a gallon since the start of the Ukraine invasion, Biden said he was doing what he could.

“I fully understand that the gas tax holiday alone is not going to solve the problem but it will provide families some immediate relief,” he said.

A handful of states including New York and Connecticut have already suspended fuel taxes or delayed planned tax increases.

But some 46 states have yet to act, including Democratic-governed California, where gasoline is the most taxed and the most expensive in the country, at well over $6 a gallon.

Federal tax revenues on gas and diesel help pay for the Highway Trust Fund, which is used to maintain roads and support public transport, but Biden says Congress can ensure the estimated $10 billion gap that would be caused by a three-month tax break is made up from other sources.

Whether Congress — where Democrats hold only a narrow majority over Republicans — will pass tax relief is a big question. Even Biden’s backers are lukewarm.

“I’ve not been a proponent,” Steny Hoyer, a senior Democratic leader in Congress, told Politico. “I just don’t know that it gives much relief.”

Jason Furman, a former top economic adviser to president Barack Obama — who himself once dismissed so-called gas tax holidays as a “gimmick” — also said the move would not help regular people.

“It would be very unlikely that gas prices would fall by more than a dime because of this change. And oil company profits would go up by billions of dollars,” he told NPR.

Biden urged retailers at filling stations to apply any tax cuts immediately and he pushed refiners to expand their crude processing capacity in the hopes that the combined measures could cut gas prices by as much as a dollar a gallon.

He has previously tried other measures, including releasing a million barrels of oil a day from the Strategic Petroleum Reserve, negotiating the release of an additional 60 million barrels from international partners, and expanding access to biofuels.

Nothing so far has had an appreciable effect.

With Democrats fearing a severe defeat in November midterm elections — thereby leaving Biden weakened for the rest of his first term in office — the president has turned to an increasingly populist message, portraying himself as fighting for the middle class against profiteering Big Oil.

The White House recently called out groups including ExxonMobil and Chevron, denouncing their profit margins as “well above normal” and calling it their patriotic duty to increase output.

In his remarks, Biden repeatedly underlined that the blame for high prices lay with Russia and the oil industry, not the White House.

“This is a time of war, global peril, Ukraine — these are not normal times,” he said, addressing the oil companies. “Bring down the price.”

Responding to criticism growing within the Republican Party, he also defended his leadership of the strong Western response to Russia, including the highly disruptive sanctions on Russian energy exports.

“We could have turned a blind eye to Putin’s murderous ways and the price of gas wouldn’t have spiked,” he said. “I believe that would have been wrong.”

Energy Secretary Jennifer Granholm is due to meet with refiners Thursday to urge them to contribute to these measures, including increasing their output.

Republican National Committee chairwoman Ronna McDaniel quickly dismissed the president’s speech, saying: “No one is buying Biden’s gimmicks, yet Americans are paying the price for his anti-US energy agenda.”