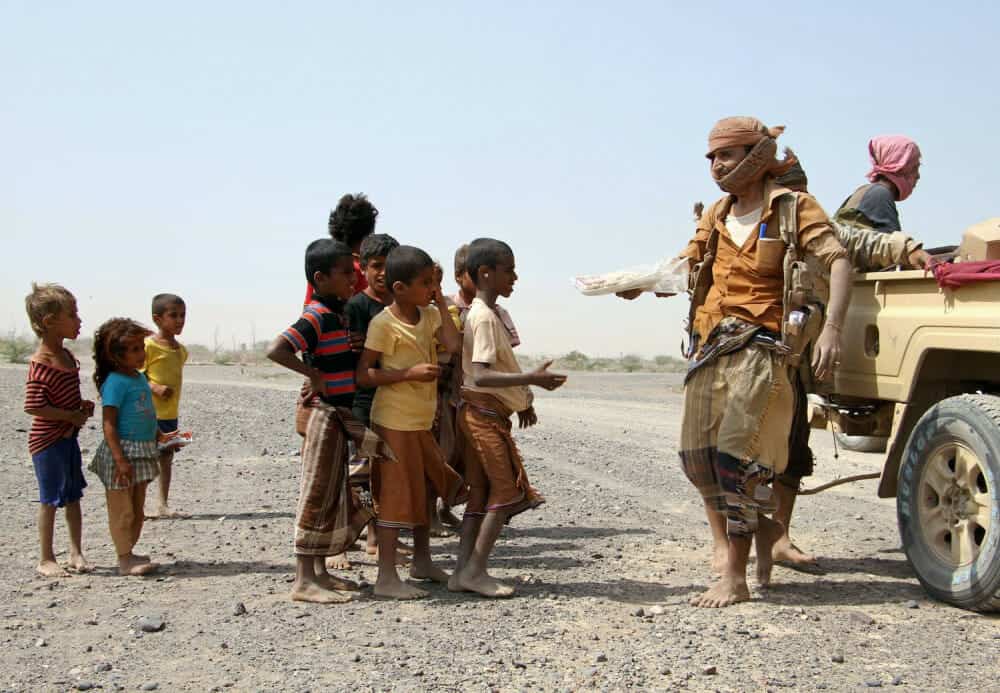 Pro-government fighters give food to Yemeni children on the road leading to the southwestern port city of Mokha on January 26, 2017.

The World Food Program said on Thursday, July 22, that it needs at least $1.9 billion this year alone to prevent famine in Yemen.

This was part of a statement by WFP Executive Director David Beasley, who was thanking Qatar for its recent donation of $100 million to shore up aid efforts in the war-torn country.

Beasley said in the statement: “WFP supports 12.9 million in Yemen with emergency food assistance and provides special foods to treat and prevent malnutrition to 3.3 million children and mothers.”

He added: “To prevent famine in Yemen, WFP needs at least $1.9 billion in 2021. Not including Qatar, donors have stepped up with just over $1 billion so far this year.”

He also said: “Right now, two thirds of Yemen’s population – some 20 million people – needs humanitarian assistance with 5 million at immediate risk of famine. Acute malnutrition is eating away the futures of 2.3 million children and 400,000 are at risk of dying if left without treatment.”

He urged world powers to not wait for declaration of famine in Yemen to start donating, but instead to chip in as soon as possible to save lives.

He explained: “People do not start dying when a declaration of famine is made. It is their deaths that trigger a declaration.”