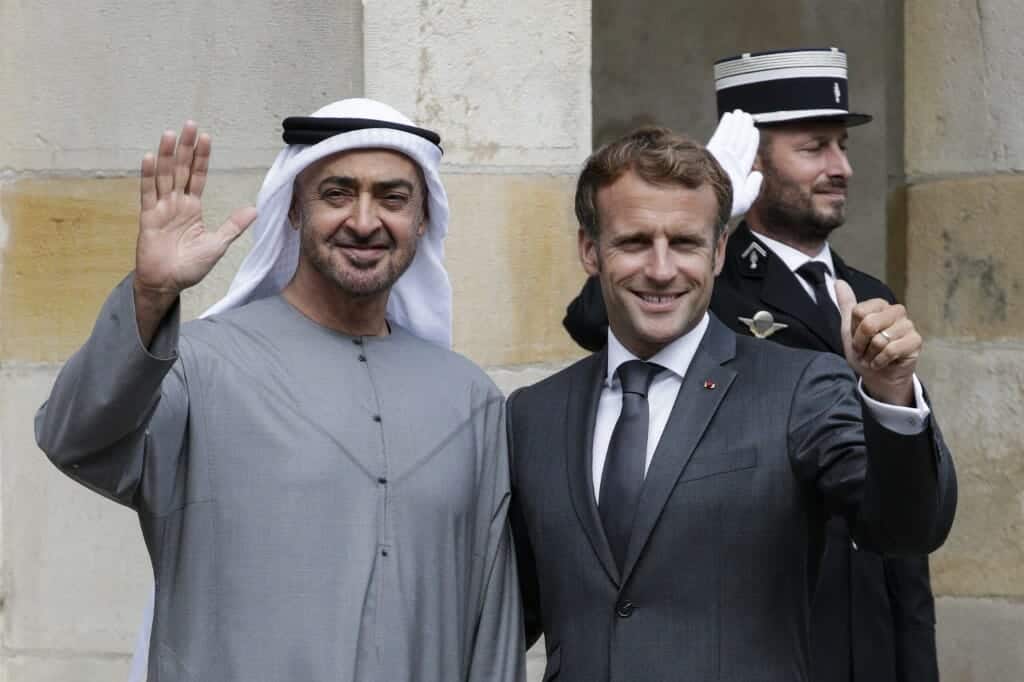 The two met for a working lunch at the historic Fontainebleau Chateau outside the French capital city, where the United Arab Emirates has played a key role in restoration works.

Sheikh Mohamed and President Macron discussed the cooperation between the UAE and France in the areas of investment, the economy and culture, as well as other vital sectors, to drive sustainable development in both countries.

France has close military, political, and cultural ties to the UAE.

Abu Dhabi has in the last month served as a hub for the evacuation by Paris of French nationals and Afghans from Taliban-controlled Afghanistan.

Macron also has a strong personal relationship with Mohammed bin Zayed, known as MBZ, who is seen as one of the most powerful figures in the Gulf, along with his close ally Saudi crown prince Mohammed bin Salman, known as MBS.

Analysts believe Macron and MBZ are united by a shared distrust of political Islam and particularly activities of Islamist political parties such as the Muslim Brotherhood in the Middle East.

“The discussion will focus on the strategic partnership between the two countries and on all regional issues,” the Elysee said in a brief statement ahead of the talks.

They were also to visit the historic theatre at the Fontainebleau Palace built between 1853 and 1856 under the nephew of emperor Napoleon I, Napoleon III, which has been painstakingly restored thanks to UEA funding.

It opened in 1857 but was used only a dozen times, before being abandoned in 1870 after the fall of Napoleon III.

During a state visit to France in 2007, Sheikh Khalifa, MBZ’s half-brother and ruler of Abu Dhabi and president of the United Arab Emirates, was reportedly so entranced by the abandoned theatre he offered 10 million euros on the spot for its restoration.

Now called the Sheikh Khalifa bin Zayed Al-Nahyan Theatre, it has become a symbol of the close relations between Paris and Abu Dhabi.

The UAE capital already hosts the Louvre Abu Dhabi, opened by MBZ and Macron in 2017, the first foreign institution to carry the name of the great Paris museum.