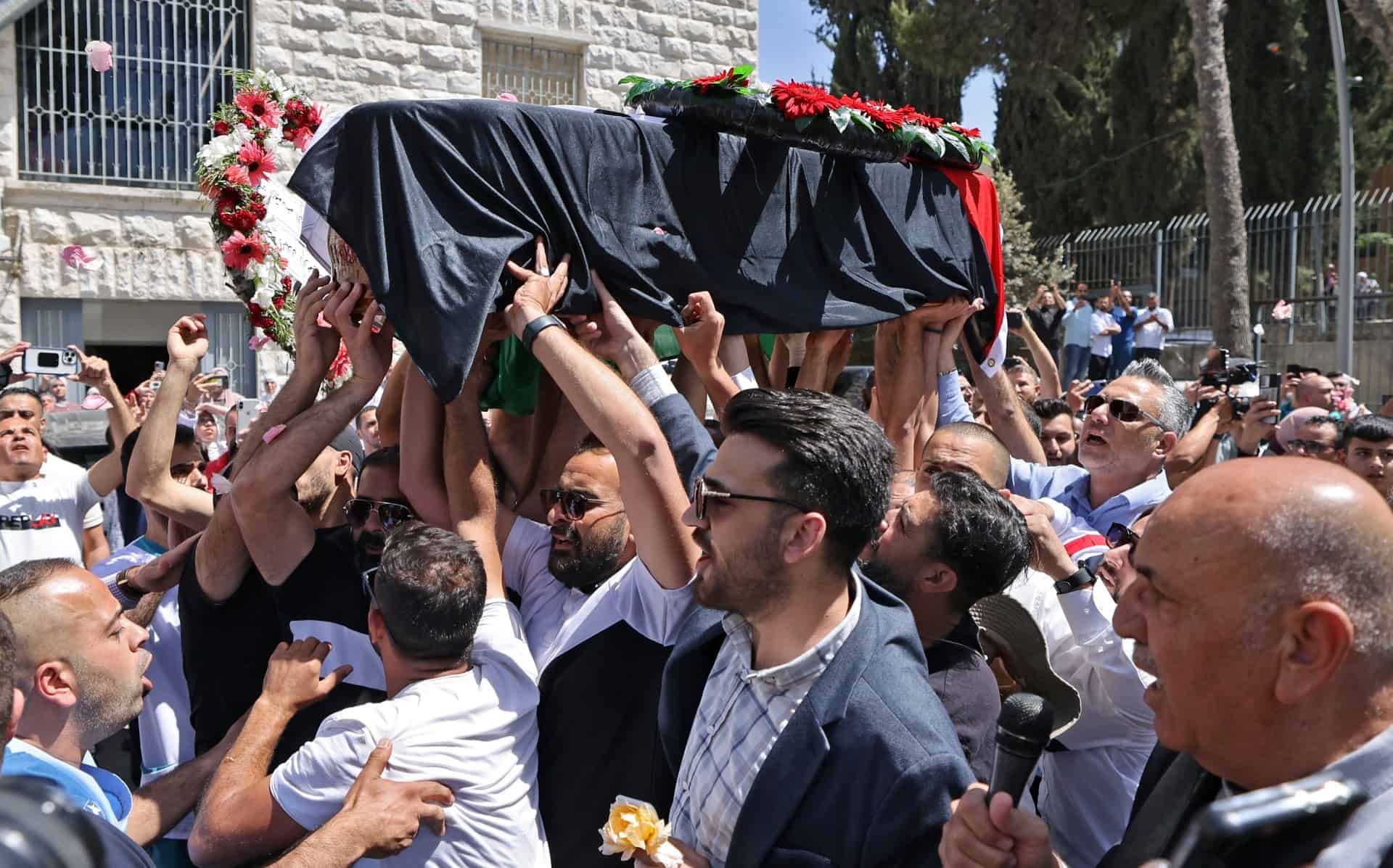 Abu Akleh, 51, was shot in the head during the unrest in the Jenin refugee camp (AFP)

Arab countries at the United Nations called Wednesday for an independent, international probe into what they called the assassination of Al Jazeera journalist Shireen Abu Akleh, who was shot dead as she covered an Israeli army raid in the occupied West Bank.

“The Arab group in New York adopted a statement condemning in the strongest possible term this criminal act by the Israeli occupying authorities and demanding an international independent investigation on this crime,” said the Palestinian ambassador to the UN, Riyad Mansour.

He said it was necessary “to take those who are responsible for this crime to face the accountability regarding this crime.”

Mansour was clearly upset as he spoke. He knew Abu Akleh, a Palestinian-American, personally.

The demand for an independent international probe was contained in three identical letters send to the UN Secretary General Antonio Guterres, the UN Security Council and the president of the General Assembly, Mansour said.

The appeal is part of a chorus of calls for a probe of the death of Abu Akleh.

The Qatar-based TV channel charged that Israeli forces deliberately and “in cold blood” shot Abu Akleh, 51, in the head during the unrest in the Jenin refugee camp.