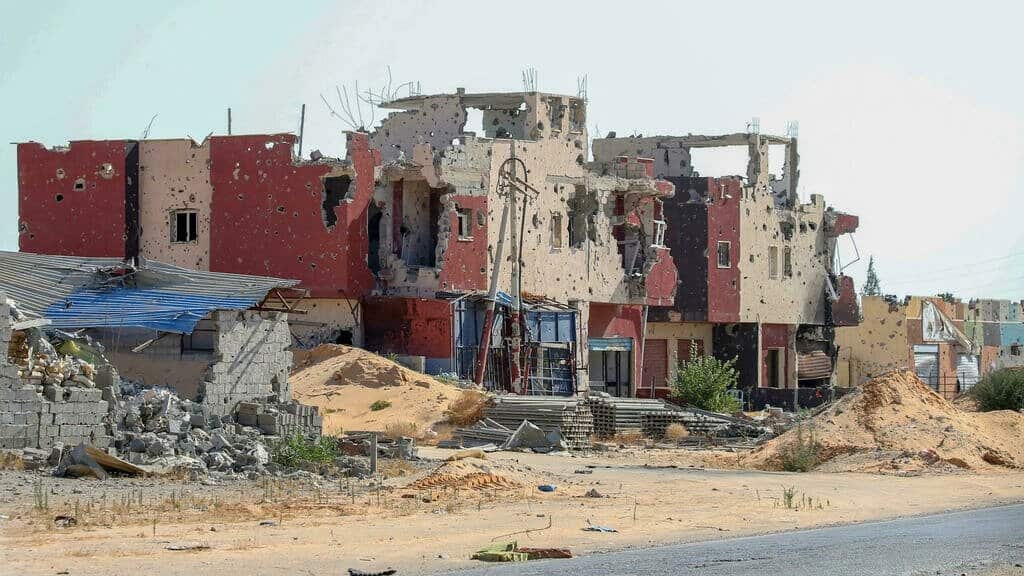 Libya is to hold its first-ever presidential elections late next week, but the lack of a final list of candidates and bitter political divisions have cast doubt on whether they will take place.

Polling, set for December 24, was intended to mark a transition towards peace, but many now fear it could instead reignite civil war.

The “elections may do more harm than good in Libya given the deep societal and political fault lines,” said Jamal Benomar, a former United Nations under-secretary-general.

“The necessary conditions for free and fair elections are not available, and Libyans are too divided to accept or agree on the results.”

The election, part of a United Nations-led peace process, comes after a year of relative calm following a landmark October 2020 ceasefire between eastern and western camps.

A transitional administration took office in March to lead the oil-rich North African country into the polls.

But despite high hopes for peace, the UN has struggled to overcome deep, complex divisions left by a decade of fighting and foreign intervention since the 2011 NATO-backed uprising that toppled and killed Muammar Gaddafi.

Benomar, who chairs the International Centre for Dialogue Initiatives think tank, warned that fragmented state institutions and a lack of “unified or legitimate” security forces were destabilizing the country.

As an array of armed groups hold sway on the ground, few believe that voters will be able to freely cast their ballots.

About 2.5 million voter registration cards have been collected, but aside from posters urging other Libyans to do likewise, there are few signs in the seaside capital Tripoli that a ballot is approaching.

With the election authority yet to publish a final list of candidates, campaigning has not officially begun, although some hopefuls are promoting themselves on social media.

The elections follow months of bitter disputes over their legal basis and who may stand, with several divisive figures in the running.

Among the most controversial is Khalifa Haftar, a military chief who controls much of eastern and southern Libya.

He is despised in the country’s west following his year-long, ultimately failed assault on Tripoli in 2019-2020.

His candidacy was made possible by a controversial electoral law signed off by his ally, parliamentary speaker Aguila Saleh, in a process rivals say bypassed due process.

But for some, his rival Seif al-Islam Kadhafi’s candidacy is equally problematic.

The son of the toppled dictator who ruled Libya with an iron fist for four decades, Seif al-Islam is accused by many — including International Criminal Court prosecutors — of war crimes.

He told AFP: “An election victory by Seif or Haftar would bring war from those who stood against Kadhafi in 2011 or Haftar’s assault on Tripoli in 2019.”

Even interim Prime Minister Abdulhamid Dbeibah, a tycoon who heads the Tripoli-based transitional administration, faces claims his candidacy is illegitimate.

After months of legal battles, “whoever wins, there is a risk that the losers will undermine the winners and say the election wasn’t constitutionally valid,” said Peter Millett, a former UK ambassador to Libya.

As if these complexities were not enough, the UN’s Libya envoy Jan Kubis quit his post just a month before the poll.

A diplomat in New York, who asked not to be named, said Kubis’s insistence on holding the polls on December 24 had caused a “breakdown” in his relationship with Secretary-General Antonio Guterres, who doubted conditions were ripe.

Kubis had even recognized the contentious September election law. That was “one of the big criticisms of his tenure”, said Amanda Kadlec, a former member of the UN Panel of Experts on Libya.

To avoid a vacuum, Guterres appointed US diplomat Stephanie Williams, a former acting director of the UN’s Libya mission, as “special adviser”.

Parliamentary speaker Saleh had also changed the electoral timetable to delay legislative polls, keeping himself in charge of the eastern-based parliament even if his ally Haftar were to lose the presidential vote, according to Gomati.

Yet despite the danger of holding the polls, experts warn that postponing them also carries risks.

If Dbeibah stayed in position without a ballot, his eastern rivals could again create their own government to compete with his, Kadlec said.

Millett sees a risk “that Libya is heading for a train crash on December 25 whether elections happen on schedule or not.”