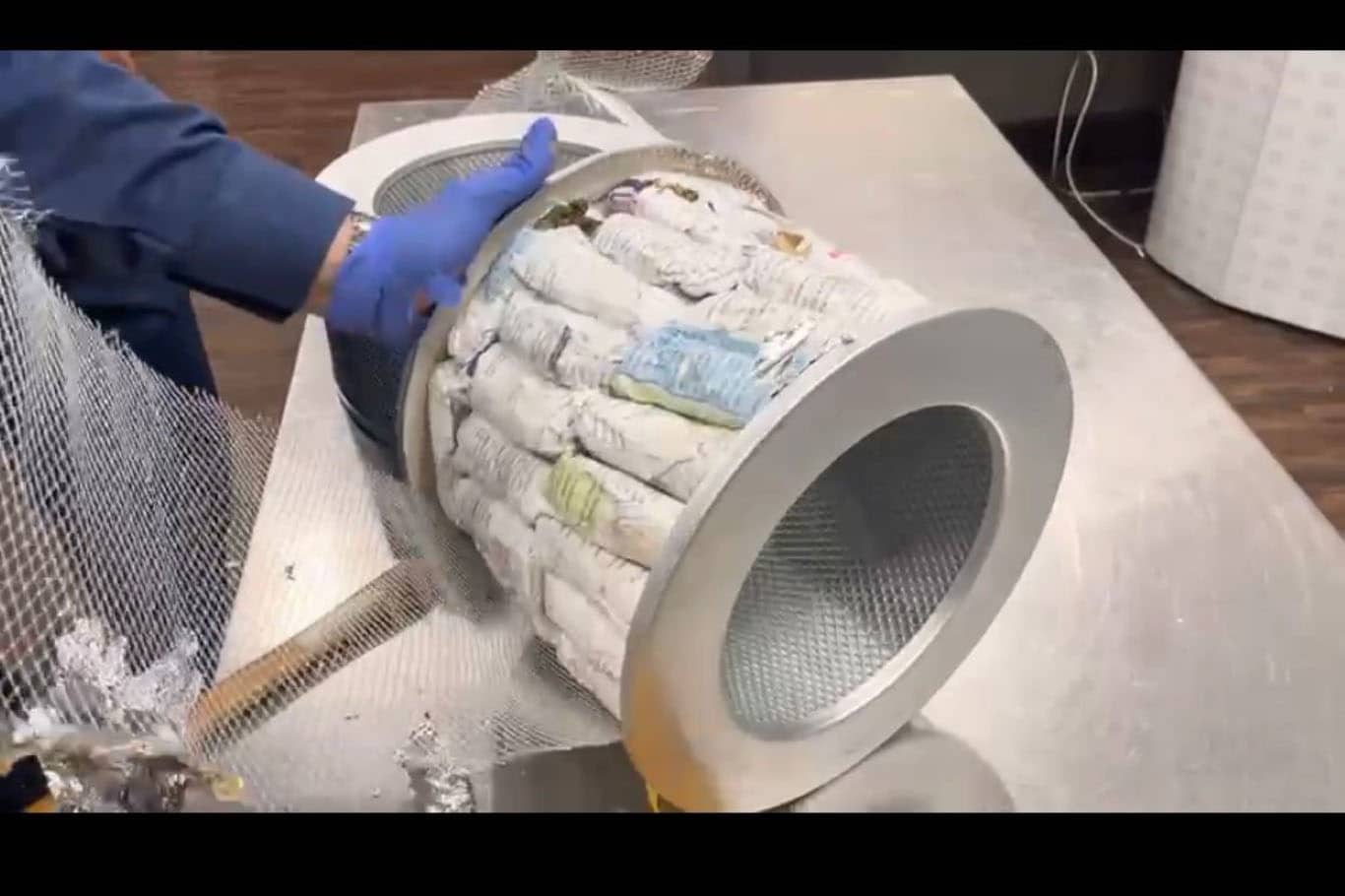 The officials discovered the drugs when the passenger's goods were x-ray scanned. (WAM)

An African passenger was trying to smuggle the drugs by stashing it inside cylindrical vehicle air filters.

The officials discovered the drugs when the passenger’s goods were x-ray scanned, which revealed abnormal density in some of the items.

The goods were analyzed through the narcotics detector, which revealed it to be marijuana.

The suspect was handed over to the relevant authorities for legal action.

“It includes the modernization of inspection systems” and enhancing efficiency of “customs inspectors to better fulfil their duty in protecting and securing borders against the smuggling of illegal substances that endanger society,” he added.