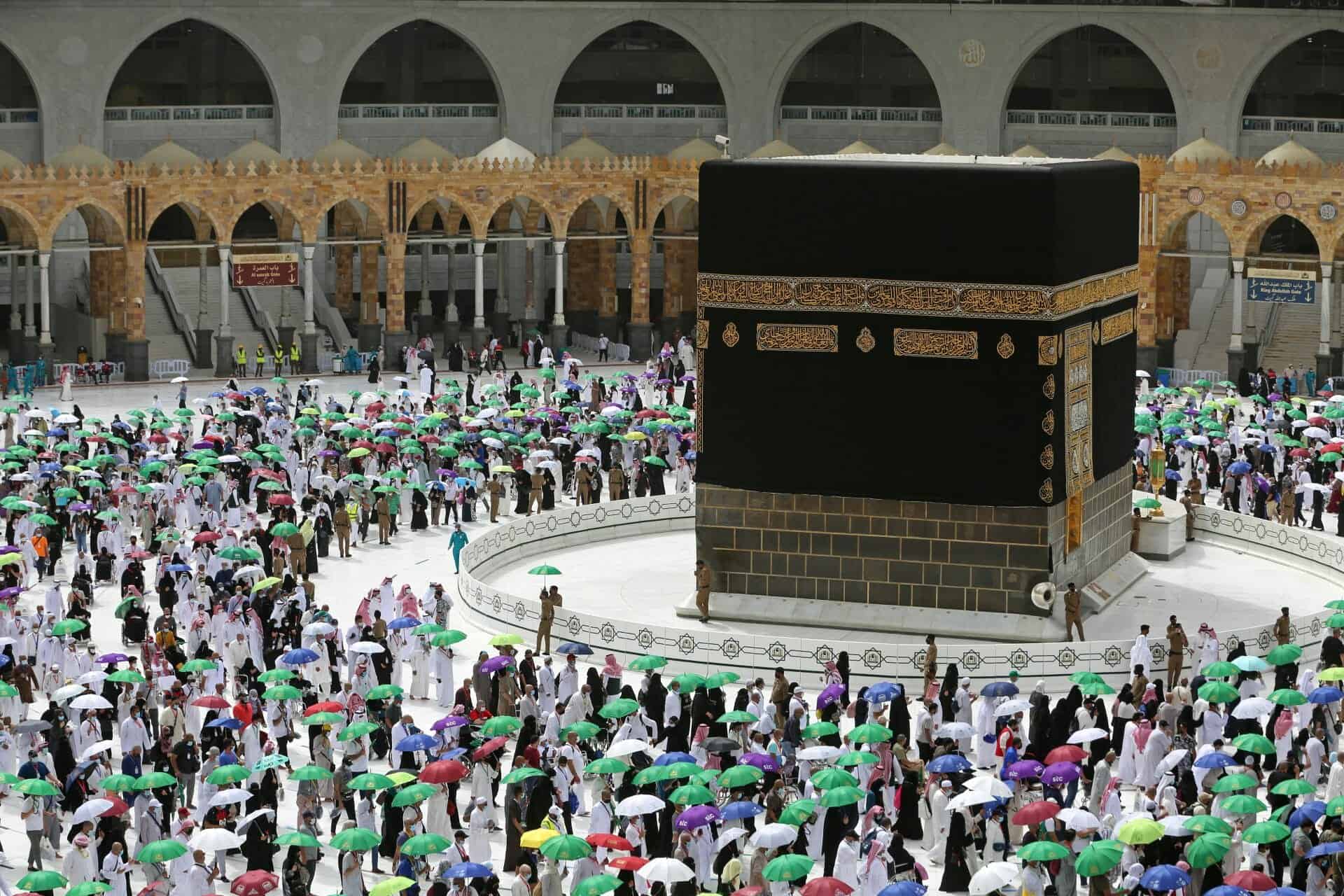 Non-Muslims are barred from visiting Makkah.

The Grand Mosque in the Muslim holy city of Makkah in Saudi Arabia operated at full capacity Sunday, with worshippers praying shoulder-to-shoulder for the first time since the coronavirus pandemic began.

Workers removed floor markings that guide people to social distance in and around the Grand Mosque, which is built around the Kaaba, the black cubic structure towards which Muslims around the world pray.

“This is in line with the decision to ease precautionary measures and to allow pilgrims and visitors to the Grand Mosque at full capacity,” reported the official Saudi Press Agency.

Pictures and footage on Sunday morning showed people praying side by side, making straight rows of worshippers that are formations revered in perform

While social distancing measures were lifted, the authorities said visitors must be fully vaccinated against coronavirus and must continue to wear masks on mosque grounds.

Also, the Kaaba remained cordoned off and out of reach.

The umrah can be undertaken at any time and usually draws millions from around the globe, as does the annual hajj, which able-bodied Muslims who have the means must perform at least once in their lifetime.

In July, only around 60,000 inoculated residents were allowed to take part in a vastly scaled-down form of the annual hajj.

The Covid-19 pandemic hugely disrupted both Muslim pilgrimages, which are usually key revenue earners for the kingdom that rake in a combined $12 billion annually.

Hosting the pilgrimages is a matter of prestige for Saudi rulers, for whom the custodianship of Islam’s holiest sites is their most powerful source of political legitimacy.

The once-reclusive kingdom began issuing tourist visas permitting foreign visitors to undertake more than just the pilgrimages for the first time in 2019 as part of an ambitious push to revamp its global image and diversify income.

But the kingdom is slowly opening up, and has started welcoming vaccinated foreign tourists since August 1.

Saudi Arabia also announced that fully-inoculated sports fans will from Sunday be allowed to attend events at all stadiums and other sports facilities, reported SPA.

It has also said that masks in most open spaces are no longer mandatory.