Iran defends strikes on northern Iraq, in letter to UN 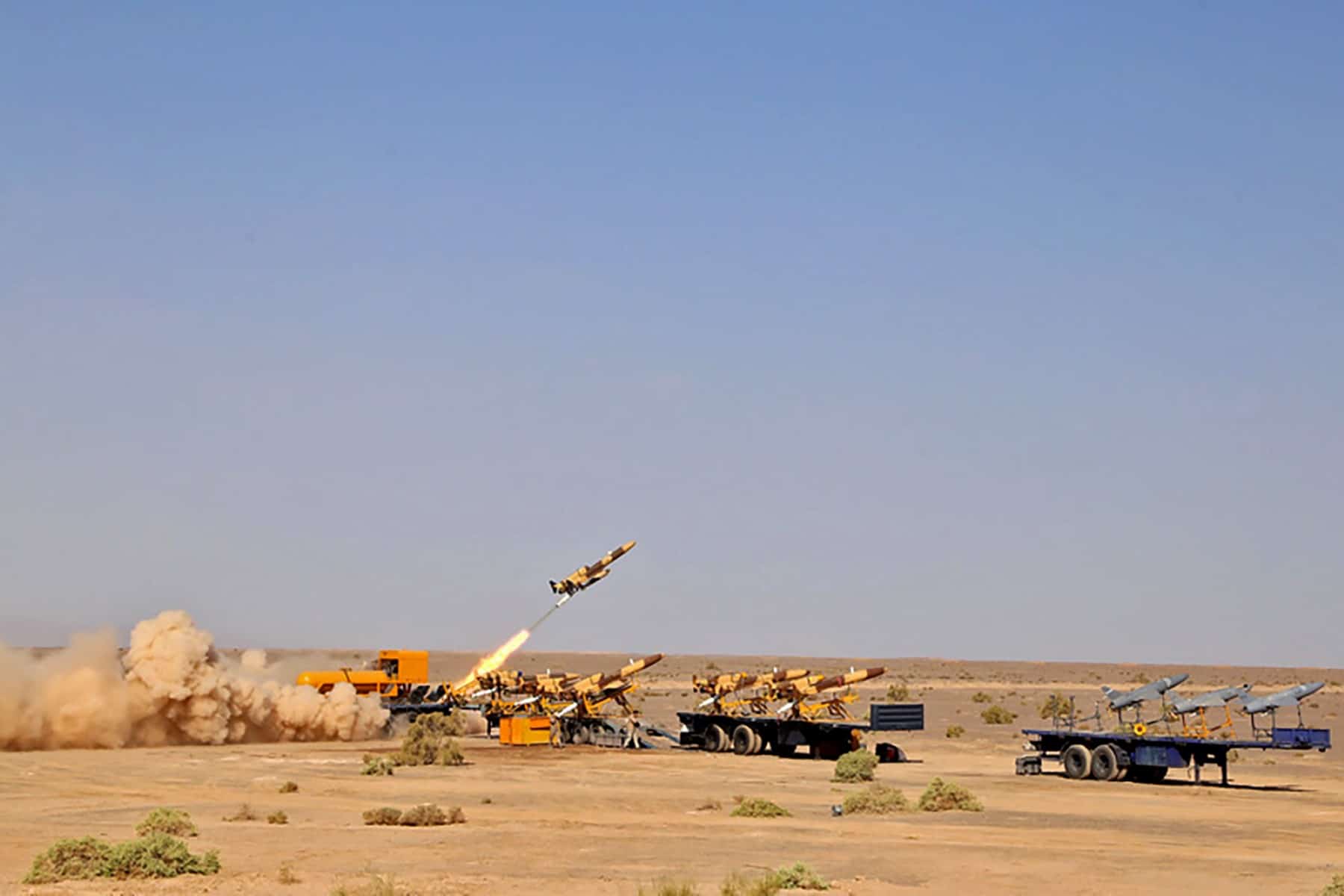 Iran has launched a series of cross-border missile and drone strikes on Iranian-Kurdish opposition groups, based in Iraq. (AFP)

By TRENDS Desk AFP
November 25, 2022 1:41 pm
Share
Tehran, Iran– Iran told the UN on Thursday that it had no choice but to act in self-defenses by striking Kurdish rebel groups in northern Iraq, state media reported.

The Islamic republic has launched a series of cross-border missile and drone strikes on Iranian-Kurdish opposition groups, based in Iraq, which it blames for stoking protests back home over the death of Kurdish woman Mahsa Amini.

“Iran recently carried out operations against terrorist groups in northern Iraq as it had no other choice than to use its natural right to defend itself in the framework of international law to protect its national security,” Tehran’s permanent representative to the UN wrote to the United Nations Security Council.

“The terrorist groups have recently intensified their activities and have illegally transferred large quantities of arms to Iran with the intention of staging terrorist operations,” the letter read, according to state news agency IRNA.

Iran has repeatedly accused them of fomenting unrest in the country since Amini’s death in September.

“They use Iraqi territory to plan, support, organize and carry out actions” against Iran, the letter said.

Tehran demands that “the perpetrators of terrorist crimes be tried by Iranian courts, the closure of command centers of terrorist groups and their training camps, and the disarmament of armed elements in northern Iraq,” the letter said.

On Tuesday, Tasnim news agency reported that Iran’s Revolutionary Guards carried out their latest cross-border missile and drone strikes, this time targeting the Kurdistan Freedom Party, one of the groups based in northern Iraq.

More than a dozen people were killed in similar strikes on Iraq’s Kurdistan region in September.

In the letter, Iran’s UN representative pointed to the need for an Iraqi military presence at the border with Iran, whilst affirming “full respect for Iraq’s security and stability and commitment to its territorial integrity and sovereignty”.

Iraq had said Wednesday it planned to redeploy federal guards along its border with Iran and Turkey.