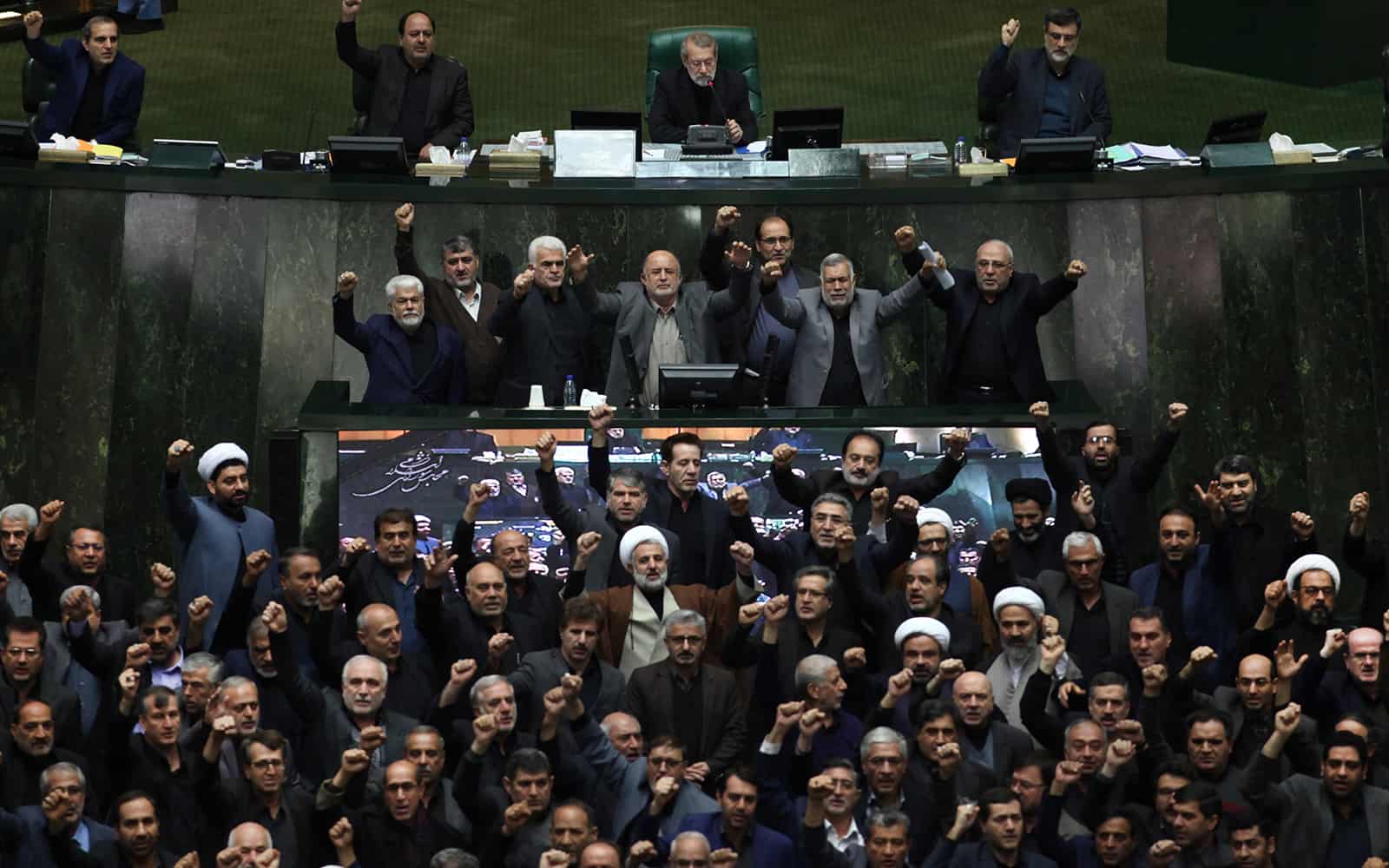 A file picture of Iranian lawmakers in parliament in Tehran.

“The office front of hodjatoleslam (middle-ranking cleric) Hassan Norouzi, representative for the Robat-Karim electorate (in southern Tehran), was set on fire on Friday evening,” the conservative Fars news agency said, adding that the assailants were “unknown”.

Protesters took to the streets across Iran in November 2019 after a surprise fuel price hike, in Iran’s most vocal eruption of public dissent in a decade.

Petrol pumps were torched, police stations attacked and shops looted before security forces stepped in amid a near-total internet blackout.

Iranian authorities acknowledged a death toll of 230 but experts working for the United Nations said 400 were killed in that unrest.

“I was one of those who shot at people. We shot. Who dares put us on trial today?” Norouzi had said in an interview published last week.

His remarks came in response to a symbolic four-day “trial” that activists and opponents of the Iranian regime abroad organized in London this month over the violence.

His comments were strongly criticized in Iran, including by ultraconservative media outlets.

“Norouzi said that the interview was distorted, while still admitting to making the remarks,” the Javan daily said, while the Fars agency had called the comments “strange and unbelievable”.