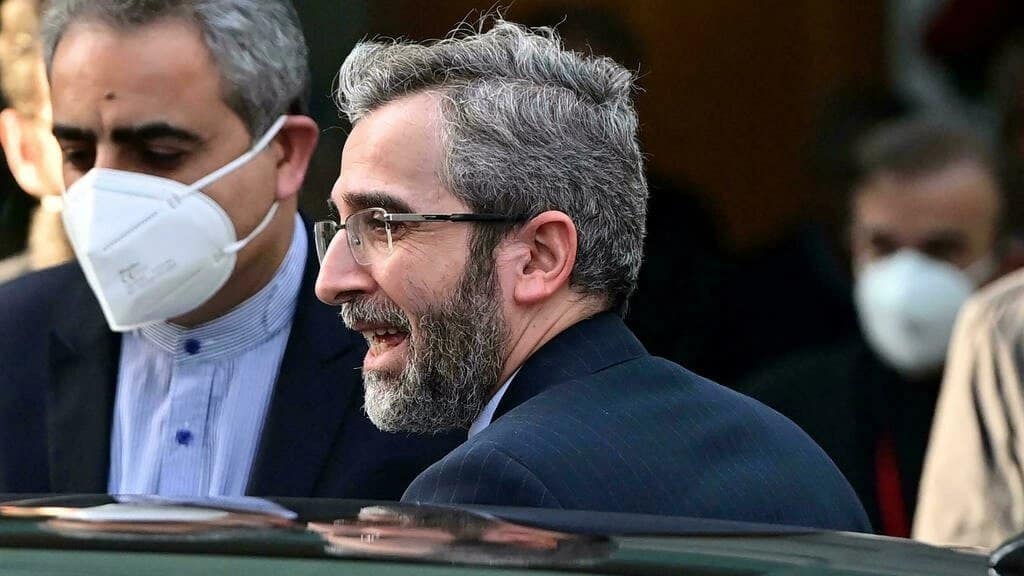 Iran's chief negotiator Ali Bagheri is back in Tehran for consultations after Foreign Minister Hossein Amir-Abdollahian said that nuclear talks in Vienna have reached a "critical" stage. AFP

Iran’s chief negotiator called on Western governments Thursday to take the necessary decisions to seal a deal at talks in Vienna on reviving a landmark 2015 nuclear agreement.

“No matter how close we are to the finish line, there is not necessarily a guarantee to cross it,” Ali Bagheri tweeted after flying back to Tehran for consultations on the talks, which Iran says have reached a “critical” stage.

“To finish the job, there are certain decisions that Western parties must make,” Bagheri eri’s lightning visit home came as Russian forces attacked Ukraine, threatening to said, without spelling out what they were.

Baghdivert attention from the Iran nuclear talks and sap the momentum built up after 10 months of on-off negotiations.

As Bagheri left Vienna, Iranian media reported that Behrouz Kamalvandi, deputy head and spokesman of the Atomic Energy Organisation of Iran, arrived in the Austrian capital for “technical consultations” with the International Atomic Energy Agency.

The talks to restore the 2015 agreement known formally as the Joint Comprehensive Plan of Action involve Iran as well as Britain, China, France, Germany and Russia directly, and the United States indirectly.

The deal gave Iran sanctions relief in exchange for curbs on its nuclear programme, but the US unilaterally withdrew from it in 2018 under then-president Donald Trump and reimposed heavy economic sanctions.

That prompted Iran to begin rolling back on its own commitments.

The Vienna talks seek to return the US to the agreement, notably through the lifting of sanctions, and to restore Iran’s compliance with its own commitments.

In recent days, almost all sides have reported progress in the negotiations.

He said he hoped the remaining “sensitive and important issues” would be resolved in the coming days “with realism from the Western side”.