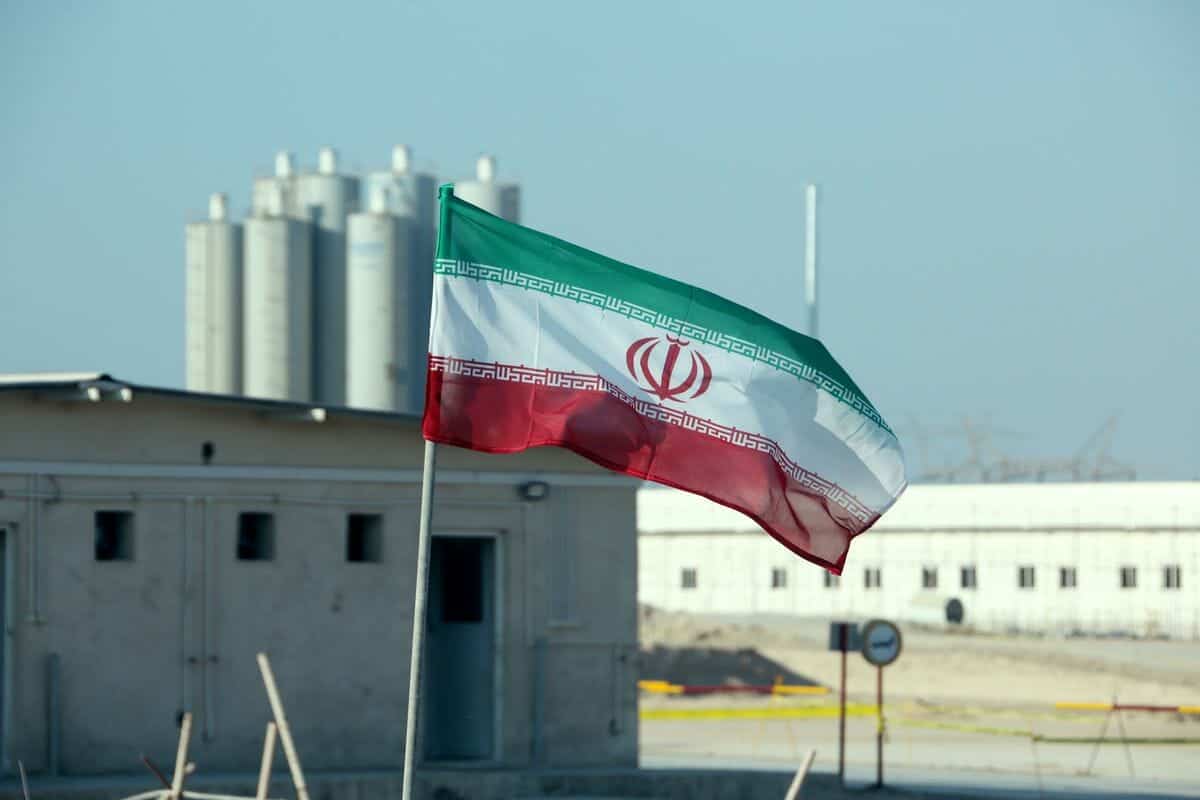 Iran said it foiled a sabotage attack Wednesday on an atomic energy agency building in a mysterious incident that comes as the US blocked Iran-linked websites and as talks to revive a nuclear deal progressed.

State television said a “sabotage operation against one of the buildings (of the Atomic Energy Organization of Iran) was foiled” without causing any casualties or damage.

“The saboteurs failed to carry out their plan,” the broadcaster added, without identifying the building or the nature of the attack that had been averted.

The news of the attack came a day after the US Justice Department said it seized 33 Iranian government-controlled media websites which it alleged were hosted on US-owned domains in violation of sanctions.

Tehran warned on Wednesday that Washington’s decision to block the sites was “not constructive” for ongoing talks aimed at bringing the United States back to the landmark 2015 nuclear deal between Iran and world powers.

That agreement is staunchly opposed by US ally Israel.

Iran accuses the Jewish state of being behind a sabotage attack on its Natanz uranium enrichment plant in April and the assassination of its top nuclear scientist Mohsen Fakhrizadeh last November.

Israel neither confirmed nor denied involvement in the “small explosion” at Natanz, but public radio said it was a sabotage operation by the Mossad spy agency, citing unnamed intelligence sources.

The New York Times, quoting unnamed US and Israeli intelligence officials, said there had been “an Israeli role” in that attack.

At the time, the Iranian foreign ministry accused Israel of an act of “nuclear terrorism” aimed at scuttling the Vienna nuclear talks and vowed revenge.

The Jewish state has also never commented on Fakhrizadeh’s assassination.

Yair Lapid, foreign minister in Israel’s new coalition government, last week pledged the Jewish state “will do whatever it takes to prevent Iran obtaining a nuclear bomb” and said he was opposed to a revival of the 2015 deal.

Wednesday’s sabotage attack also comes two days after Iran said it temporarily shut down its only nuclear power plant at Bushehr on the country’s Gulf coast for maintenance work.

The Bushehr plant and its 1,000-megawatt reactor were built by Russia and officially handed over in September 2013, despite concerns over its location in an earthquake-prone area.

The 2015 nuclear deal promised Iran sanctions relief in return for limits on its nuclear programme.

The deal was torpedoed in 2018 when then US president Donald Trump unilaterally withdrew from it and reimposed punishing sanctions on Iran.

Trump’s successor Joe Biden favours rejoining the accord and the remaining parties are engaged in negotiations in Vienna to try to salvage it.

The developments come days after ultraconservative cleric Ebrahim Raisi was elected Iran’s next president in an election the United States denounced as neither free nor fair.

Raisi, seen as close to supreme leader Ayatollah Ali Khamenei, who holds ultimate political power in Iran, said on Monday he would not allow the nuclear negotiations to drag on.

He is set to replace moderate President Hassan Rouhani, who has served the maximum of two consecutive four-year terms, in August.

Germany, which is a party to the nuclear talks, said on Wednesday that it believes there is a “good chance” a deal can be struck soon.

“Regarding the negotiations in Vienna, they aren’t easy — that’s been clear in recent weeks,” Foreign Minister Heiko Maas told a joint news conference in Berlin with US Secretary of State Antony Blinken.

“Nevertheless we are moving forward step by step in every round of negotiations and we assume that in the context of the (Iranian) presidential election, there’s a good chance to conclude them in the foreseeable future.”

But Iran warned that the US decision on Tuesday to block dozens of Iran-linked websites was unhelpful for the nuclear talks and accused Washington of repressing freedom of expression.

Iranian media sites Press TV and Al-Alam, the country’s main English- and Arabic-language broadcasters, were among those affected.

“We are using all international and legal means to… condemn… this mistaken policy of the United States,” the director of the president’s office, Mahmoud Vaezi, told reporters.