Iraq sends planes to Belarus to collect over 600 migrants 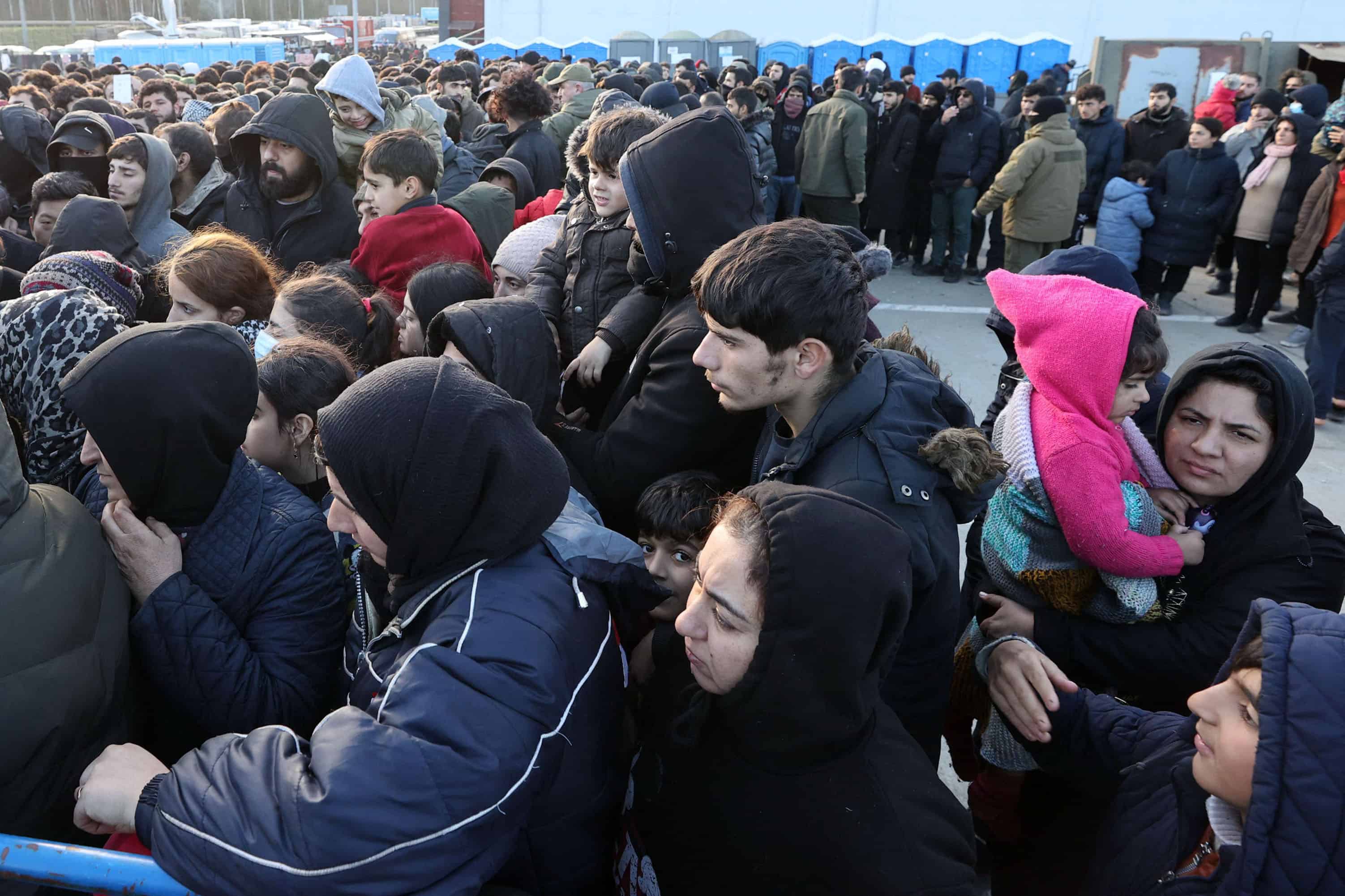 Thousands of migrants have camped on the Belarus border for weeks hoping to enter the European Union. AFP

Migrants demand permission to enter the EU during a rally in Belarus, near the border with Poland, on Nov 25, 2021.

Migrants demand permission to enter the EU during a rally in Belarus, near the border with Two Iraqi planes took off on Thursday night (Nov 25) for Belarus in order to repatriate more than 600 Iraqis stuck on the ex-Soviet state’s border with Poland, the transport ministry said.

Hundreds of Iraqis, most of them Kurds, returned home last week on a voluntary repatriation flight from Belarus, where thousands of migrants have camped on the border for weeks hoping to enter the European Union.

The first plane was due to land in Arbil, capital of the autonomous Kurdish region of Iraq, after midnight, Lawk Ghafuri, head of foreign media relations in Kurdistan, told AFP.

On Nov 18, a total of 431 Iraqis were flown back home from Belarus, many returning with mixed feelings.

Most said they had spent their savings, sold valuables and even took loans to escape economic hardship in Iraq and start a new life in the EU, but they never made it across the border.

The West accuses Belarus of bringing in would-be migrants – mostly from the Middle East – under the false pretence that they will be to cross into EU members Poland and Lithuania.

Belarus has denied the claim and criticised the EU for not taking in the migrants.

Aid groups say at least 11 migrants have died on both sides of the border since the crisis began in the summer, and have criticised the Polish government over its policy of pushing migrants back.