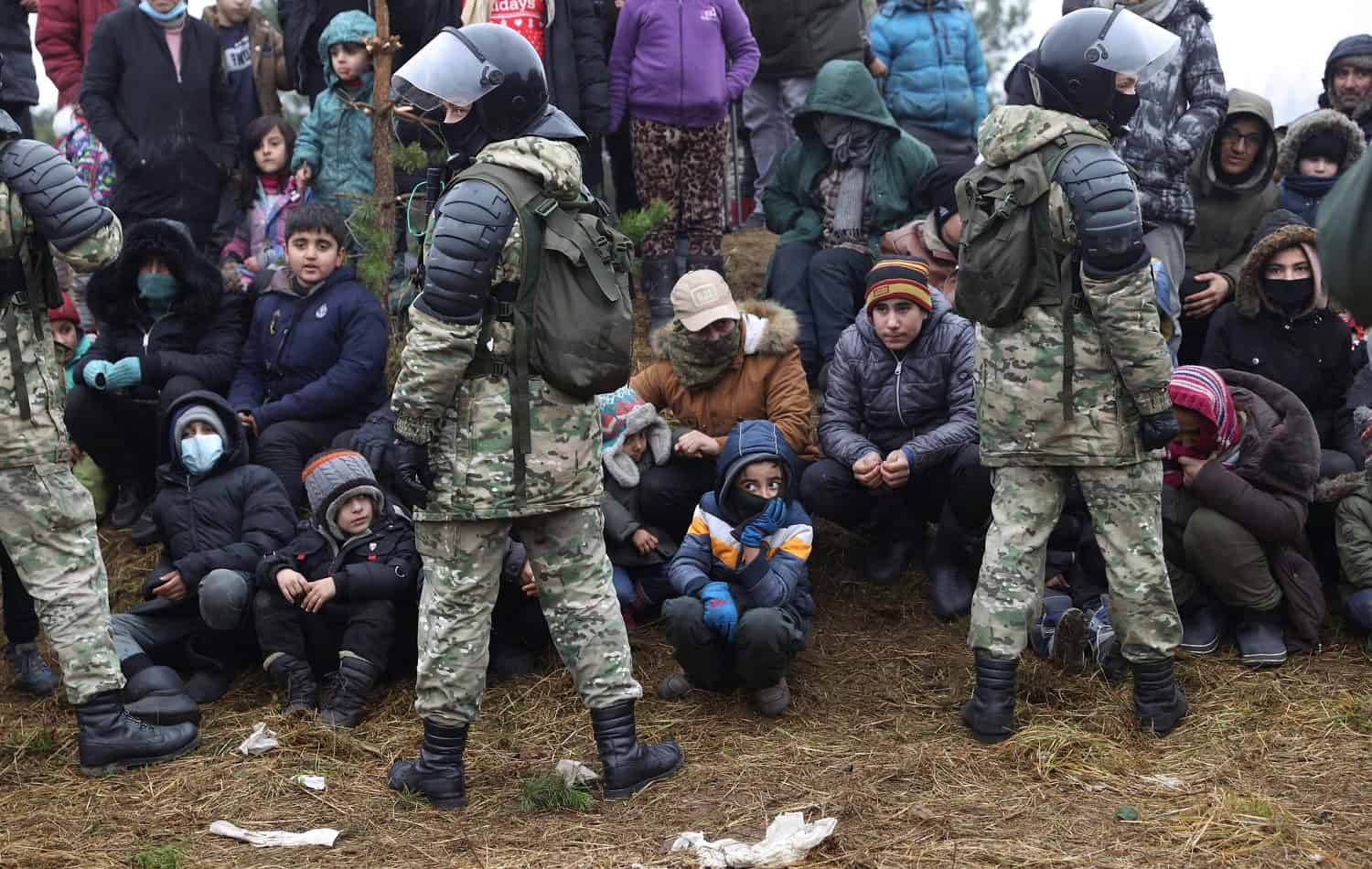 A group of migrants stands in front of Belarusian servicemen. AFP File Photo

The spokesperson for Iraq’s Ministry of Foreign Affairs, Ahmed Al-Sahaf, announced on Friday, December 17, that fines imposed on the Iraqis stranded at the Belarusian borders had been dropped.

Official sources quoted him as saying that the waiver had come about “with the efforts of the ministry and through the embassy” of Iraq in Moscow and “in coordination with the authorities in Belarus.”

He explained: “We were able to drop the financial fines resulting from violating the residency conditions, for the total of those who were voluntarily returned, in the amount of more than seven hundred and seventy thousand dollars.”

On the repatriation of Iraqi migrants stuck on the borders of Belarus, he said: “Our consular delegations continue to work in the field by registering the names of those wishing to return and proving the pastoralism of others.”

The task had been accomplished through the efforts of the embassies of Iraq in Moscow and Warsaw, he explained.

Al-Sahaf said in a statement: “Within one month, the ministry has been coordinating high, and to date we have managed to run 10 exceptional flights to bring back those wishing to return voluntarily.”

He added, “The evacuation flight to return those wishing to return voluntarily for this day carried 258 Iraqis.”

Al-Sahaf also said, “We have so far succeeded in returning 3,817 Iraqis within 10 trips.”

He also noted that 518 laissez-passer passports — e-travel documents issued by the EU that are valid in all of its member states — had been granted to the migrants so far.

“We are coordinating humanitarian support in the field in Belarus, Lithuania, Latvia, and Poland,” said the spokesperson.

Belarus is accused of pushing migrants in the country to the borders in order to exert pressure on neighbors to take them in, as its relations with them deteriorates because of allegations of corruption against its president Alexander Lukashenko.