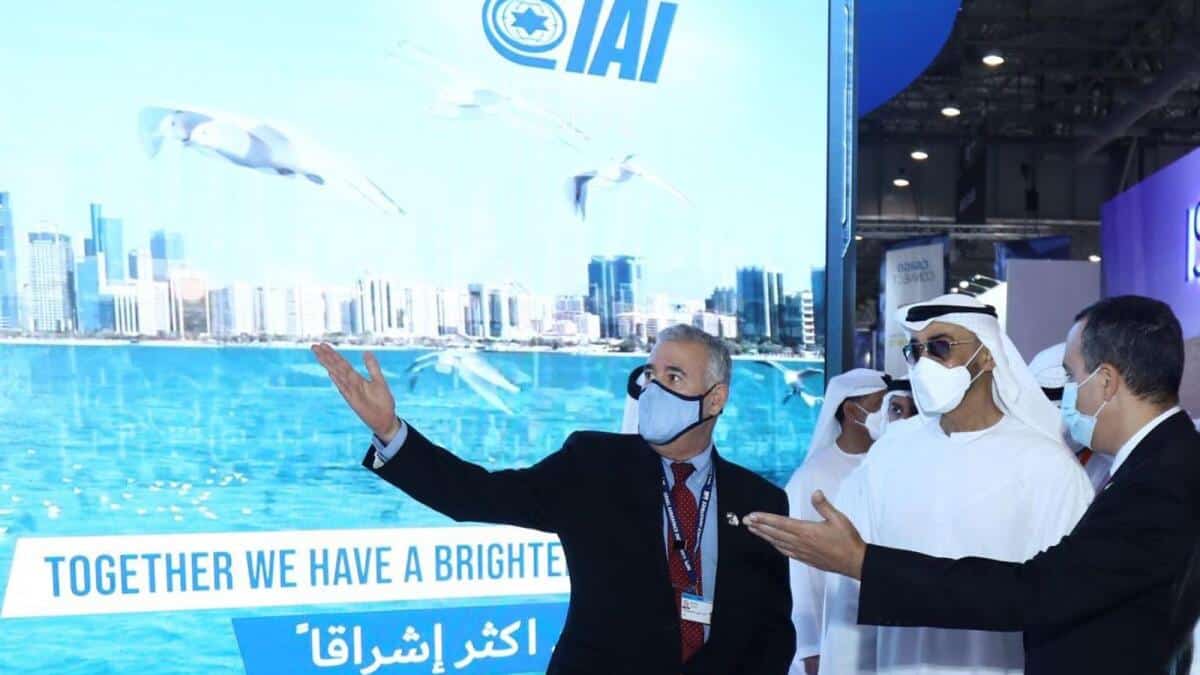 Israel Aerospace Industries (IAI) will open an office in the UAE in the coming weeks.

Israel Aerospace Industries (IAI) will open an office in the UAE in the coming weeks.

The new office will strengthen IAI’s growing cooperation with the local and regional governments, industries, companies, and academia, and will provide additional business opportunities for future collaborations on technological developments in the defence and civilian sectors, said an IAI statement issued on Thursday.

The office opens following the company’s historic participation at the Dubai Airshow, during which a number of cooperation agreements were signed, including with Emirates Airlines on cargo conversions and with the defence company EDGE on developing advanced unmanned surface vessels (USVs) and electro-optics.

These agreements follow a successful year of cooperation between IAI and other Gulf-based companies, including Etihad Airways, Gulf Air, and G-42.

During the prestigious Dubai Airshow, a variety of esteemed guests visited IAI’s stand, including top leaders of the UAE.

In addition, top government and military officials from the UAE and other countries across the world stopped by IAI’s stand and held fruitful meetings with the company’s delegation.

Opening an office in the UAE is a testament to IAI’s growing collaboration with the UAE and the region as a whole, said the statement.