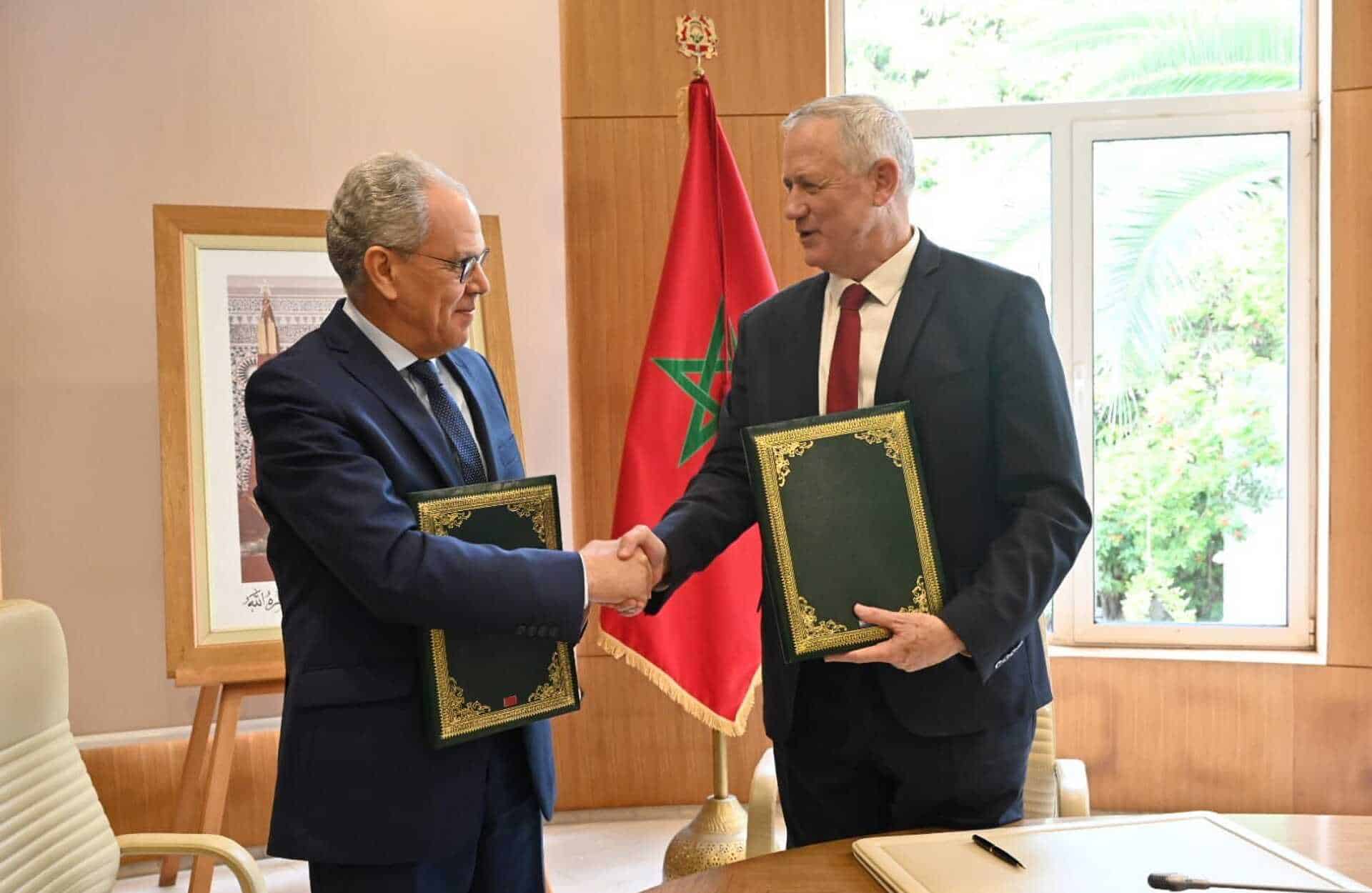 The memorandum of understanding signed in Rabat by Israeli visiting Defence Minister Benny Gantz and Morocco’s minister in charge of defence administration, Abdellatif Loudiyi, was “unprecedented” for the Jewish state, an Israeli official said.

Israel has several security MoUs with allied nations, but the Morocco deal marks the first-of-its-kind agreement with a majority Arab nation, the official said.

The Morocco deal came as Gantz made the first visit by an Israeli defence minister to the North African kingdom. Gantz said the deal “will enable Israeli exports here (to Morocco)”.

The defence ministry said the Morocco MoU will establish “formal cooperation” on “operational planning, purchases, research development, and training”. One Israeli product, the NSO’s Pegasus spyware, has already made its way to Morocco, according to Amnesty International and Paris-based organisation Forbidden Stories.

Rabat allegedly used it against French President Emmanuel Macron — a claim denied by Morocco which said it never bought the software and has filed lawsuits against French media and Amnesty International.

Morocco and Israel previously set up low-level ties in 1993 but Rabat broke them off at the start of the second Palestinian intifada, or uprising, in 2000. Rabat normalised ties with the Jewish state last December, shortly after similar announcements by the UAE and Bahrain. Sudan followed suit in January but has yet to build relations.

Those pacts brokered by former US president Donald Trump infuriated the Palestinians, who urged the Arab world to maintain its stand against recognising Israel until it agrees to a peace deal establishing a Palestinian state with its capital in east Jerusalem. There have been calls for a pro-Palestinian demonstration against Gantz’s visit in front of Morocco’s parliament on Wednesday.

Bruce Maddy-Weitzman, an Israeli expert on Morocco at Tel Aviv University, told AFP that Rabat had not abandoned the Palestinian issue but was “recalibrating” its position given the benefits of dealing with Israel, including its defence industry.

In return for normalising ties with Israel, the Trump administration recognised Morocco’s sovereignty over the disputed territory of Western Sahara. Tensions have reignited between Morocco and Algeria over Western Sahara, a former Spanish colony that Rabat considers part of its sovereign territory. Algeria, which backs Western Sahara’s Polisario Front independence movement, cut diplomatic ties with Morocco in August, citing “hostile actions” — a charge denied by Rabat.