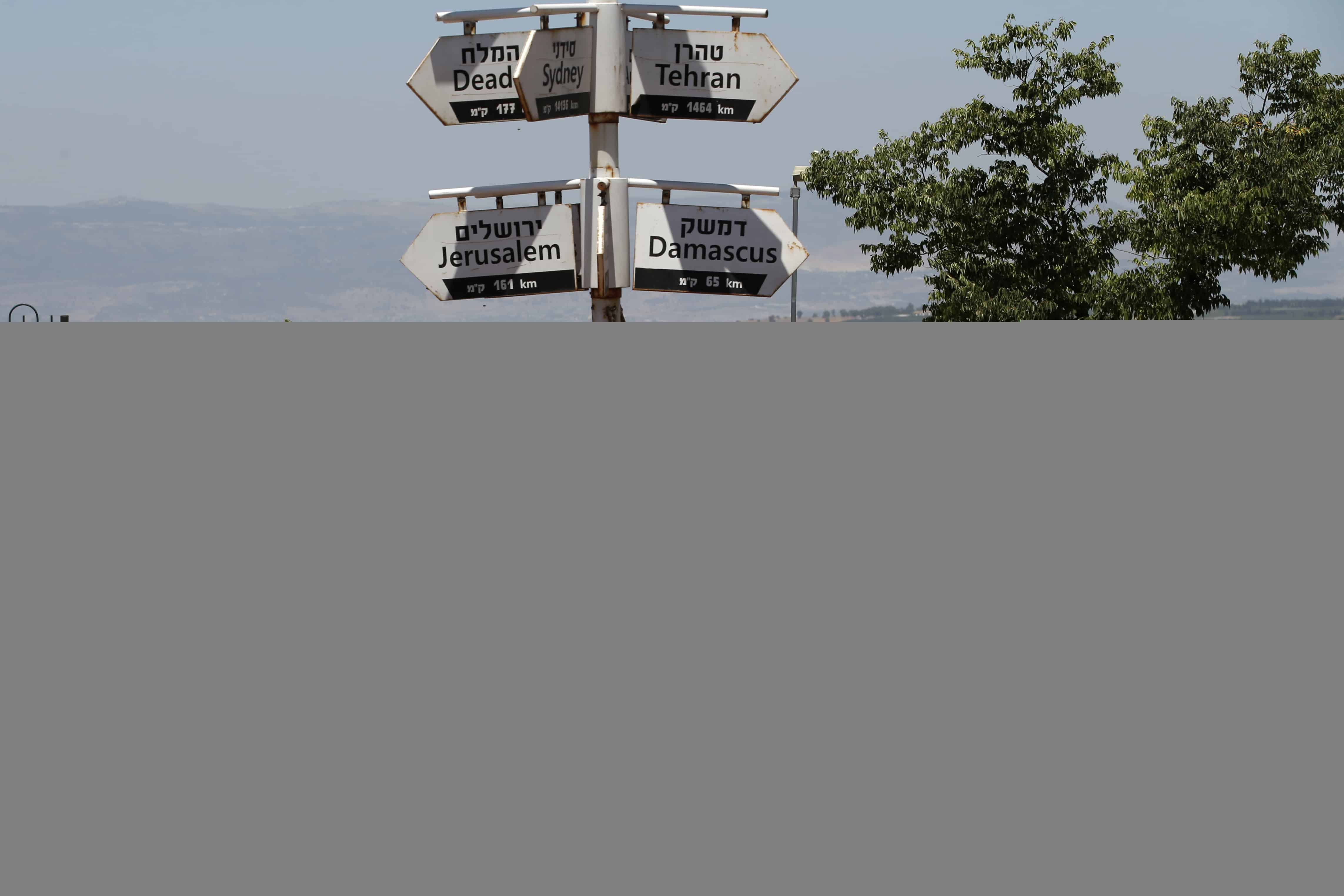 Women stare at a directional sign for cities and places across the world in the Israeli-annexed Golan Heights. (Photo by JALAA MAREY / AFP)

“At 4:20 a.m. (0120 GMT) … the Israeli enemy carried out an aerial aggression by firing a volley of missiles from the occupied Golan Heights,” SANA reported.

Syrian air defenses intercepted most of the missiles but those that reached their target left at least one civilian wounded and caused material damage, SANA said.

According to the Britain-based Syrian Observatory for Human Rights, the Israeli raids hit arms depots belonging to the Lebanese Shiite movement Hezbollah, as well as other Iran-backed groups near Damascus airport.

The monitor, which relies on a wide network of sources across Syria, said that at least three such positions were hit, leaving a number of people wounded.

Since civil war broke out in Syria in 2011, Israel has carried out hundreds of air strikes against its neighbor, targeting government troops as well as allied Iran-backed forces and Hezbollah fighters.

While Israel rarely comments on individual strikes, it has acknowledged carrying out hundreds of them.

The Israeli military says the strikes are necessary to prevent its arch-foe Iran from gaining a foothold on its doorstep.

The conflict in Syria started with the brutal repression of peaceful protests and escalated to pull in foreign powers and global jihadists.

The war has killed nearly half a million people and forced around half of the country’s pre-war population from their homes.