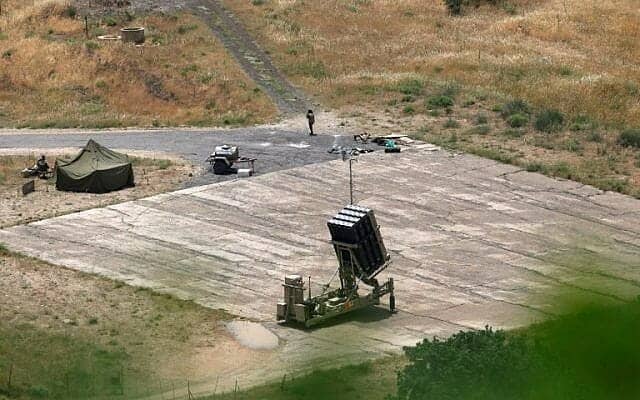 JERUSALEM: Israel struck Lebanon with artillery fire Tuesday morning in response to earlier rocket attacks, the Israeli army said.
“2 rockets were fired from Lebanon toward northern Israel. 1 of the rockets was intercepted by the Iron Dome Aerial Defense System & the second rocket fell in an open area inside Israel,” the Israel Defense Forces said in a tweet.
In response, it said, IDF artillery had struck Lebanon.
The last time rockets were fired from Lebanon into Israel was in May, during an 11-day conflict fought between Israel and armed Palestinian groups in the Gaza Strip.

About a week before the May rocket fire, three rockets had been fired from southern Lebanon near the Palestinian refugee camp of Rashidiyeh toward Israel, a Lebanese military source had told AFP. Israel’s army said those rockets had landed in the sea.

A source close to Israel’s arch-enemy Hezbollah had disassociated itself from the incident.

Protests had  been held against Israel’s air campaign on Gaza, with a Lebanese demonstrator killed by Israeli fire during a rally in the border area in May.

That came after a number of young demonstrators had tried to cross into the northern Israeli border town of Metula, according to Lebanese state media.