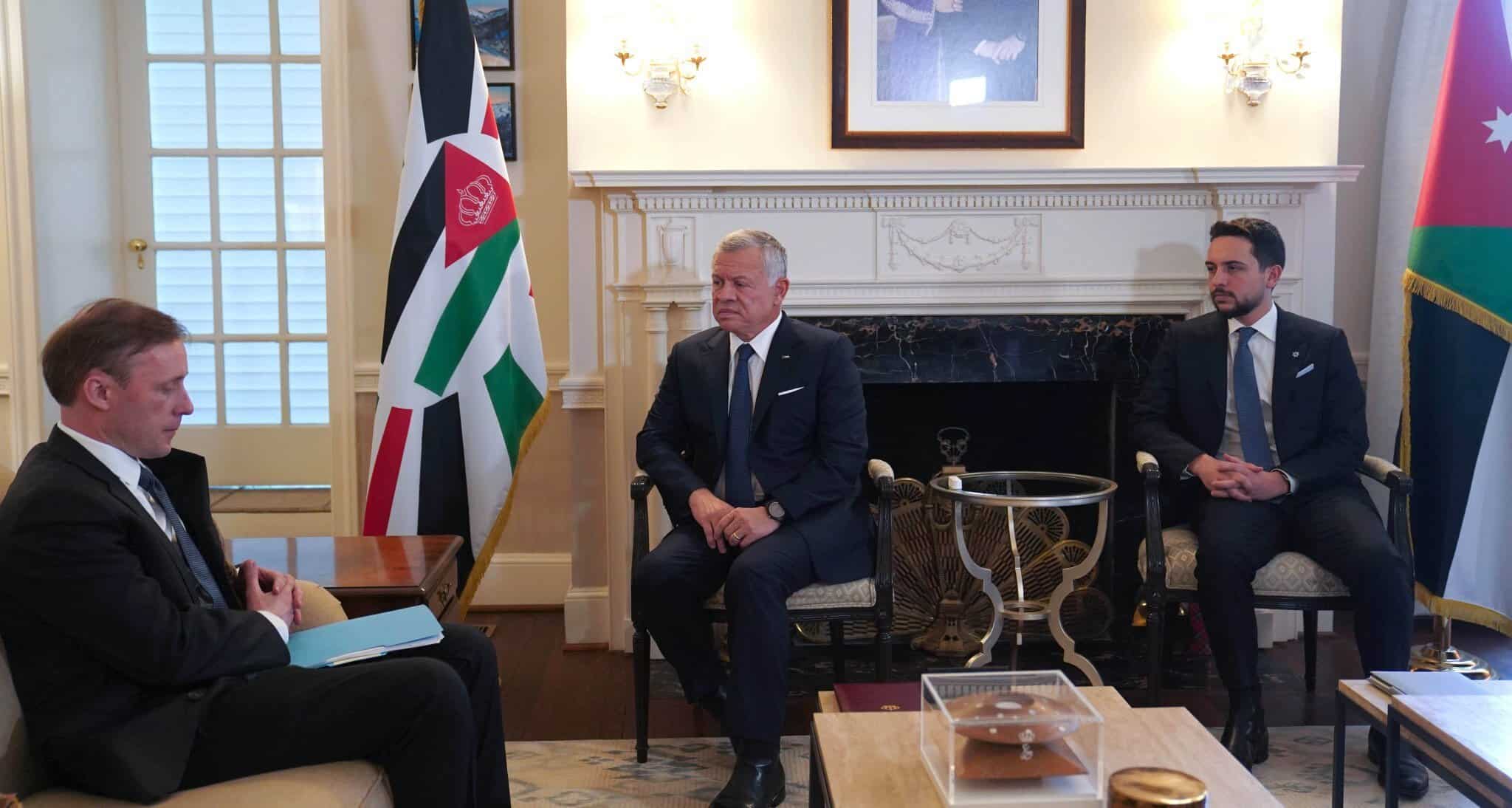 King Abdullah reiterated the need to bring back momentum to the peace process and relaunch negotiations between the Palestinians and the Israelis, on the basis of the two-state solution, guaranteeing the establishment of an independent Palestinian state on the 4 June 1967 lines, with East Jerusalem as its capital.

Sullivan commended Jordan’s pivotal role in promoting regional security and stability, stressing the United States’ keenness on maintaining coordination and working with the Kingdom to counter threats to regional stability and their implications on international peace, in addition to ongoing efforts in the fight against terrorism and extremism.