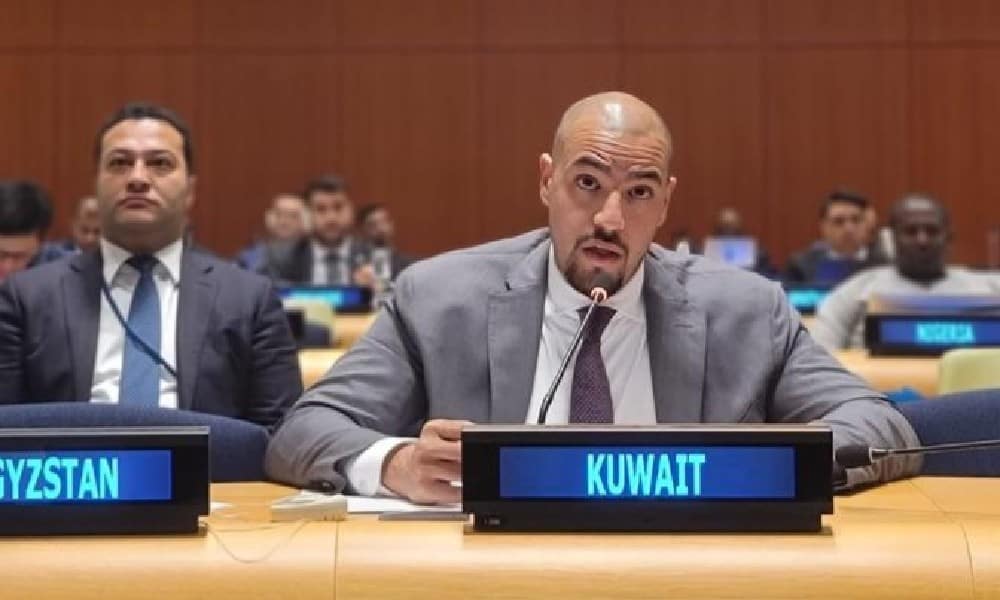 Second Secretary of Kuwait's Diplomatic Mission at the UN Ibrahim Al-Dai delivering speech at the UN.

The goal of freeing the Middle East region of nuclear weapons and putting all nuclear facilities and programs under the control of the International Atomic Energy Agency (IAEA) is to achieve security, safety and stability in the region, Second Secretary of Kuwait’s Diplomatic Mission at the UN Ibrahim Al-Dai said in his speech during the second committee of the tenth conference of reviewing the Treaty on Non-Proliferation of Nuclear Weapons.

Al-Dai called for abiding by the outcomes of the conferences of 1995, 2000 and 2010 mainly those related to the free Middle East of nuclear weapons.

Kuwait, he said, contributed to efforts made by the Arab countries to implement the resolution issued in 1995 and establish a zone free of nuclear weapons  in the region.

Al-Dai underscored the significance for Israel of joining the treaty since it is the only party in the region that did not join.