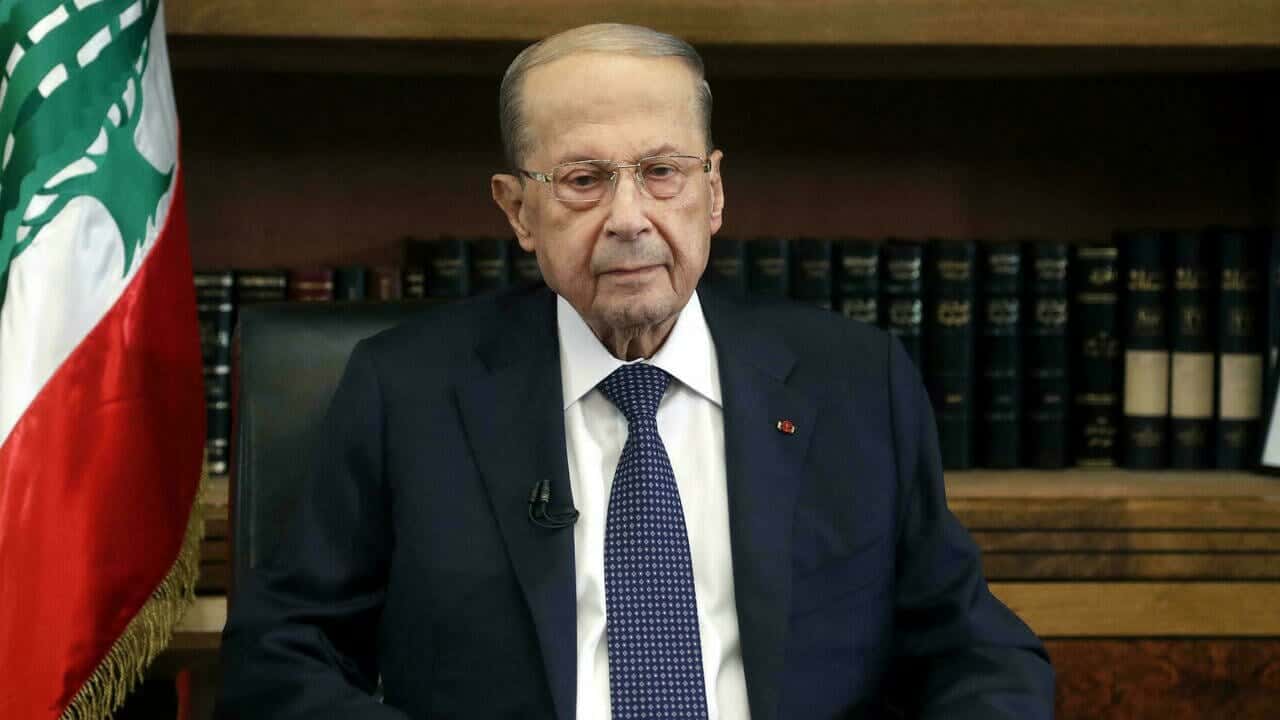 Lebanon’s president launched talks Monday with lawmakers to designate a new premier who will make the third attempt within a year to form a government amid deepening political and economic turmoil.
The country has been without a fully functioning government since then-prime minister Hassan Diab resigned in the wake of the Beirut port explosion that killed more than 200 people last August.
Despite an economic and financial crisis branded by the World Bank as one of the world’s worst in more than 150 years, political squabbling has repeatedly thwarted progress, with two designated premiers failing to form a cabinet since then.
Diab has stayed on in a caretaker capacity.
On Monday, consultations between President Michel Aoun and parliamentary blocs aim to find a replacement for Saad Hariri, who quit as PM-designate on July 15 after nine months of political horse-trading failed to produce a new cabinet.
Talks started in the presidential palace at 10:30 am (0730 GMT) and will run until the afternoon with a final pick announced by the end of the day, said the official National News Agency.
According to local media reports, billionaire businessman and two-time premier Najib Mikati, 65, is the most likely choice.
Hariri and his Future Movement party on Friday endorsed Mikati as their pick, as did the powerful Shiite Hezbollah movement.
If selected, Mikati will be expected to deliver a lineup that satisfies political leaders jostling for cabinet shares and ministerial portfolios.
It could take months before an actual government is formed, but crisis-hit Lebanon, grappling with soaring poverty, a plummeting currency and shortages of basic items from medicine to fuel, can ill afford any delays.
“There is no guarantee that the components needed to form a government are available,” Lebanon’s Al-Akhbar newspaper reported, citing potential challenges regarding distribution of posts and portfolios.
Establishment figure
Mikati is considered to be Lebanon’s richest man and one of the wealthiest in the Middle East, with a net worth of $2.5 billion according to Forbes.
Many in Lebanon consider the businessman as emblematic of a corrupt ruling class targeted by a 2019 protest movement.
A native of second city Tripoli, he is suspected of illicit enrichment in 2019, and lacks a wide popular base even in his hometown which is Lebanon’s poorest.
On the eve of consultations, dozens of protesters gathered outside Mikati’s Beirut home, accusing him of corruption and cronyism.
But Lebanon’s bickering politicians view him as a consensus candidate who could be capable of easing a political impasse that has stymied efforts towards forming a government that is desperately needed to help unlock international aid.
Donors led by former colonial power France have pledged millions of dollars in humanitarian aid, but conditioned it on Lebanon installing a government capable of tackling corruption.
But even as international pressure mounted, with threats of European Union sanctions against them, Lebanese politicians have failed to make any serious progress.
France this month said it would host an aid conference on August 4 to “respond to the needs of the Lebanese, whose situation is deteriorating every day”.
The date of the conference coincides with the first anniversary of the monster port blast which is widely blamed on decades of negligence by the country’s ruling class. (AFP)