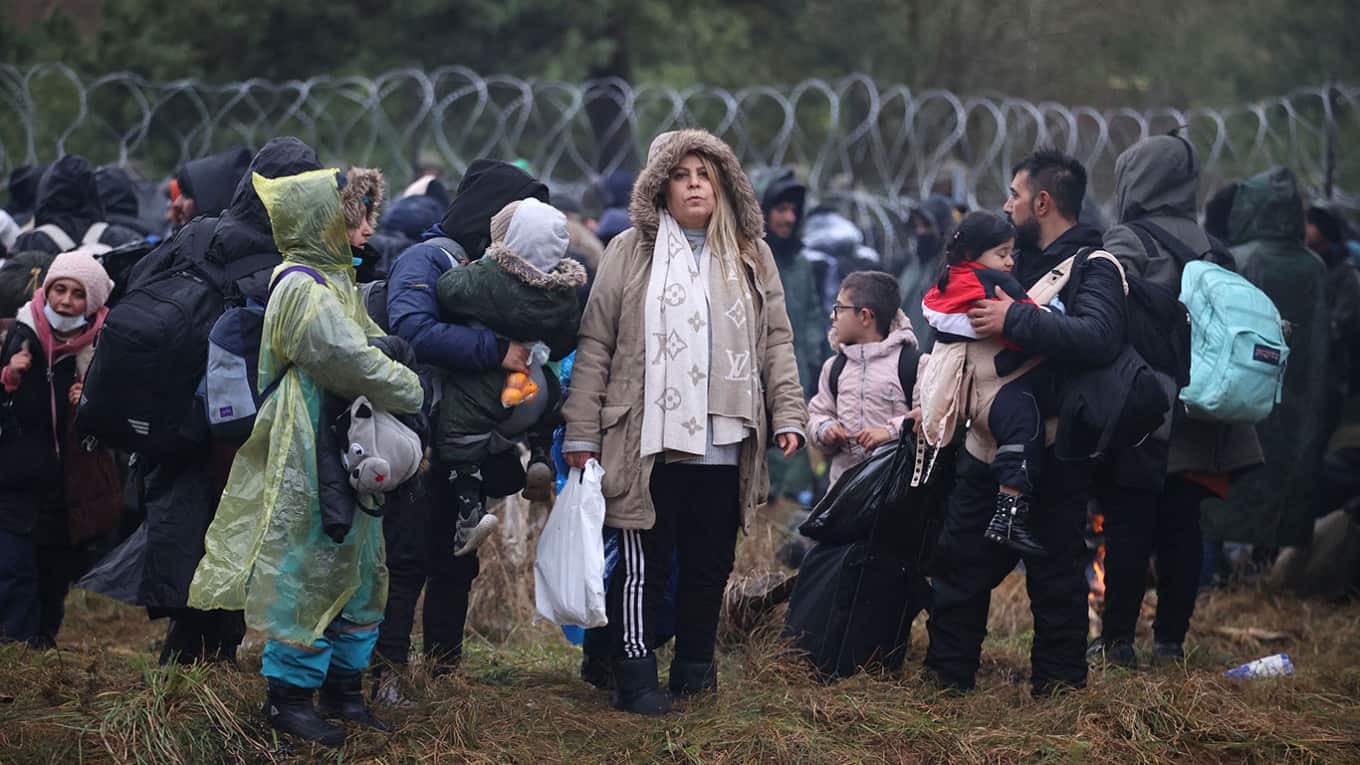 Migrants at the Poland-Belarus border. AFP

Lebanon said on Wednesday, November 17, that only foreigners with Belarusian residency permits would be allowed to fly from Beirut to the ex-Soviet country, amid a migrant crisis on its border with Poland.

“Many Arab and foreign travelers have recently arrived in Belarus from Beirut via flights of various airlines,” including Belarus’s state-run Belavia airline, the transport ministry’s directorate general of civil aviation said.

“It was later discovered that the purpose of their travel was to move to the border with Poland” and enter European Union territories, “in cooperation with smuggling networks”, it said in a statement.

It said the measures were effective immediately until further notice.

Thousands of migrants, mainly from the Middle East, are staying on the Belarus-Poland border in what the West says is a crisis engineered by Minsk to try to divide the EU and hit back against sanctions.

Belarusian President Alexander Lukashenko and his main ally, Russian President Vladimir Putin, have rejected the accusations and criticized the EU for not taking in the migrants.

Turkish Airlines has banned Iraqis, Syrians, and Yemenis from flying to Belarus via Turkey, while private Syrian carrier Cham Wings Airlines said it was halting flights to Minsk.

Belarus’s Belavia airline has also said that Syrians, Iraqis, Yemenis, and Afghans are banned from flights from the United Arab Emirates, while Iraq was planning a repatriation flight from Belarus on Thursday for at least 200 its nationals stuck on the border.

An official from Beirut airport had previously told AFP that authorities started preventing Iraqis departing en route to Belarus “around a month ago”.

The number of flights between Beirut — home to Lebanon’s only international airport for commercial flights — and Minsk has also been cut back recently.