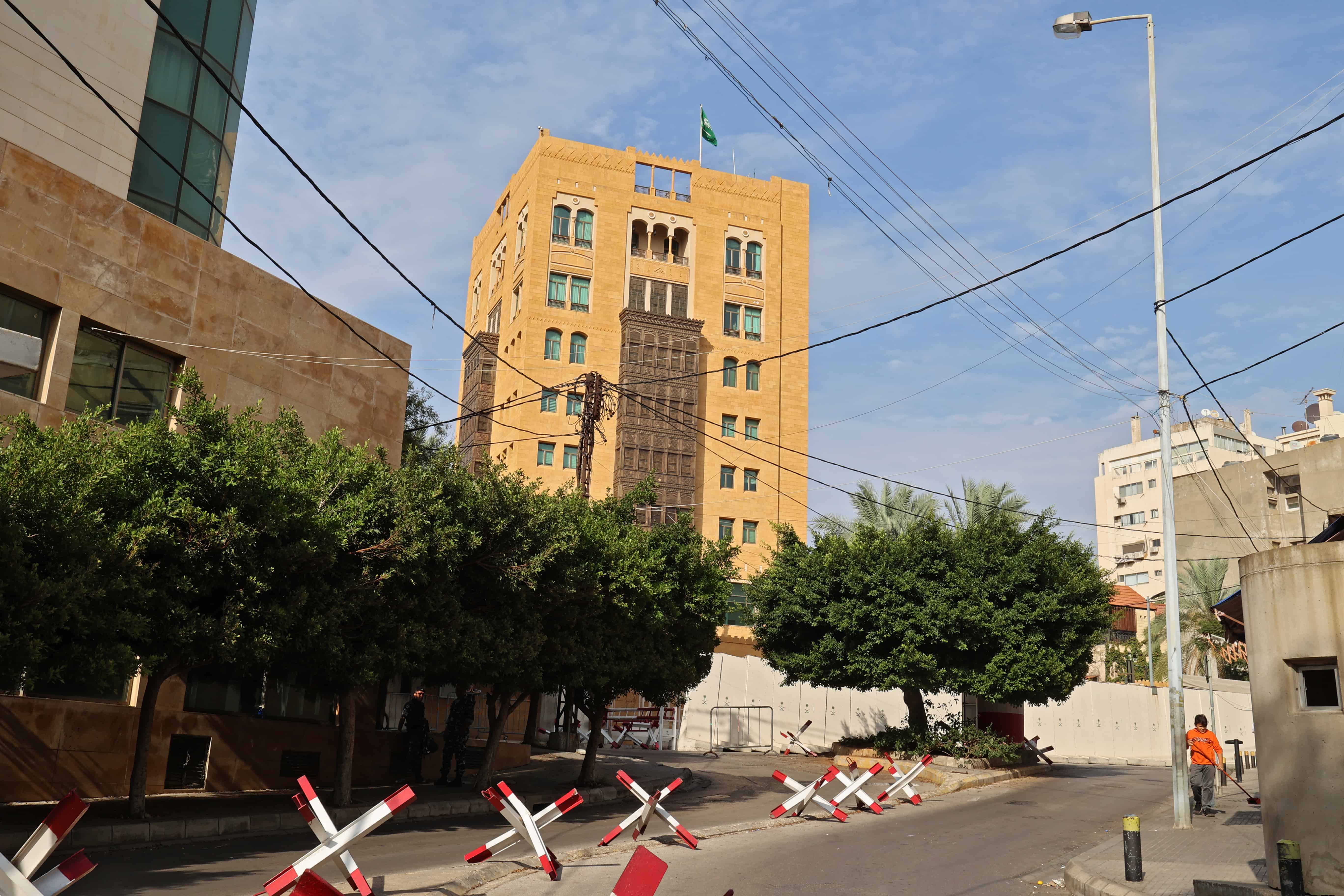 The embassy of Saudi Arabia in the Lebanese capital Beirut. (AFP)

Lebanese authorities will investigate an audio recording shared online threatening to attack the Saudi Arabian embassy in Beirut, the interior ministry said in a statement Wednesday.

“Following the spread of an audio recording… threatening the Embassy of the Kingdom of Saudi Arabia in Beirut with an act of terrorism,” the interior minister ordered an investigation, the ministry said.

The minister also ordered the arrest of those found responsible for the threats, it added.

The ministry said Ali bin Hashem bin Salman Al-Haji, a Saudi national wanted by Riyadh for “terrorist crimes”, was the likely author of the recording.

Al-Haji has been residing in Lebanon for years, a security source told AFP.

He participated in events organized by Saudi opposition groups and attended by high officials from Hezbollah, a group backed by Saudi Arabia’s archfoe Iran, the source said.

He is currently on a visit to Syria, the source added.

Beirut’s ties to Riyadh — formerly a major investor in cash-strapped Lebanon — have taken a blow in past years as Hezbollah’s influence has grown.

The latest incident comes months after Riyadh announced the return of its ambassador to Beirut, following a diplomatic crisis last year between Lebanon and Gulf Arab states.

Riyadh also suspended fruit and vegetable imports from Lebanon in April last year, saying shipments were being used for drug smuggling and accusing Beirut of inaction.

Last month, a Saudi dissident living in the Hezbollah-controlled southern suburbs of Beirut was killed and two of his brothers arrested over the incident.

The police identified the man only by his initials, but a security source told AFP it was dissident Maneh al-Yami.

Saudi Arabia and Iran, the Middle East’s two main power brokers, back opposing sides in various conflicts in the region.

Hezbollah has a military arsenal that rivals that of the Lebanese state. The Shiite group has also been the dominant force in Lebanon’s parliament in recent years.