No progress in talks with Iran, says IAEA chief after Tehran visit 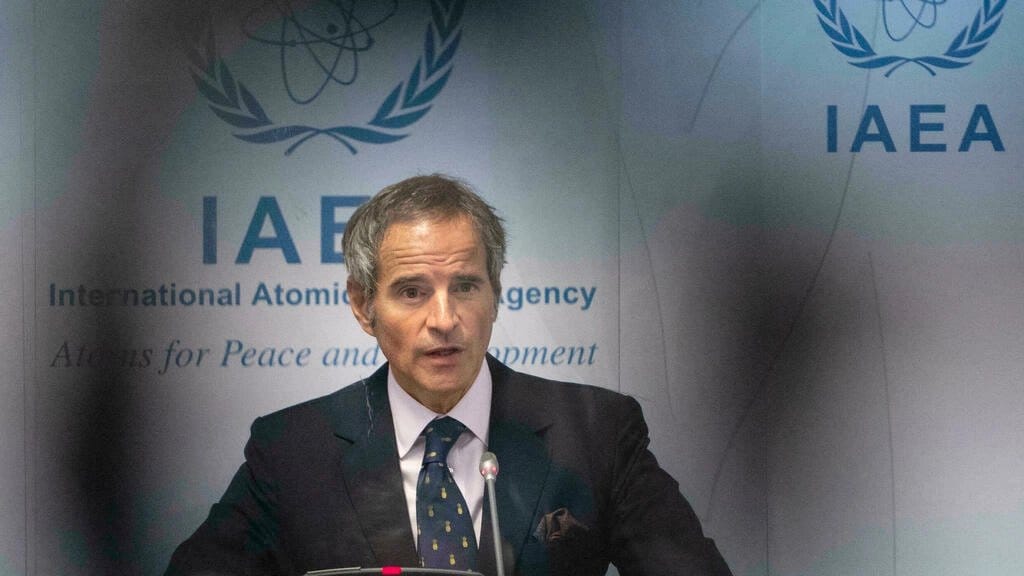 The UN nuclear watchdog’s head said Wednesday there had been “no progress” in talks with Iran to resolve disputes over the monitoring of the country’s atomic program, a day after returning from Tehran.
Rafael Grossi, director-general of the International Atomic Energy Agency (IAEA), told a quarterly meeting of the agency’s board that his talks in Tehran were “inconclusive”, despite being “constructive”.
Grossi had sought to tackle constraints put on IAEA inspections earlier this year, outstanding questions over the presence of undeclared nuclear material at sites in Iran, and the treatment of IAEA staff in the country.
“In terms of the substance… we were not able to make progress,” Grossi told reporters, saying that the lack of agreement had come “in spite of my best efforts”.
Among other officials in Tehran, he met Foreign Minister Hossein Amir-Abdollahian.
The talks came ahead of the scheduled resumption on Monday of negotiations between Tehran and world powers aimed at reviving the 2015 deal that gave Iran sanctions relief in return for curbs on its nuclear program.

‘Excessively invasive’
Iran began moving away from its commitments under the deal in 2019, a year after then-president Donald Trump unilaterally withdrew the United States from the accord and began reimposing sanctions.
One of the steps away from the deal came earlier this year when Iran began restricting some IAEA inspections activity.
Iran and the agency currently have a temporary agreement that gives the IAEA access to monitoring equipment at Iran’s nuclear facilities.
However, the Agency has warned that the agreement is not a durable solution and Grossi said he was “close to… the point where I would not be able to guarantee continuity of knowledge” of Iran’s nuclear program if it continued.
Grossi also said he had raised concerns while in Tehran about security checks on IAEA inspectors which the agency has described as “excessively invasive”.
He noted that the IAEA and Iran had a legal agreement “which is intended to protect inspectors from intimidation, from seizure of their property”.
“Our Iranian colleagues have instituted a number of measures which are simply incompatible” with this, he said.