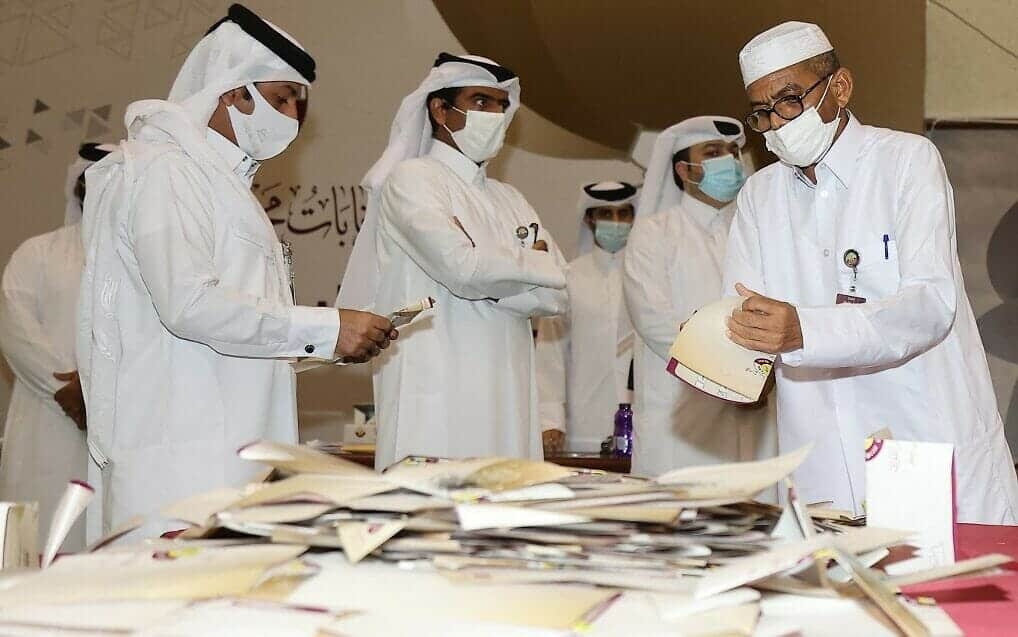 Qatar’s emir pledged “equal citizenship” on Tuesday after some people were excluded from participating in the country’s first legislative elections, sparking rare debate in the wealthy Gulf country.

Only descendants of Qataris who were citizens in 1930 were eligible to vote and run for 30 of the 45 seats in this month’s Shura Council polls, disqualifying members of families naturalized since then.

“To promote equal Qatari citizenship and translate it into practice… I have instructed the council of ministers to prepare the appropriate legal amendments to ensure the achievement of this goal,” Sheikh Tamim bin Hamad Al-Thani told lawmakers at the new council’s opening session.

In his first remarks on the issue, he called for combatting “tribal bigotry vis-a-vis public interest or loyalty to the homeland”.

This “negative aspect of tribalism” was surprising, he said, in apparent reference to isolated protests during the run-up to the elections.

Energy-rich Qatar, a US ally, has a population of approximately 2.5 million, most of whom are foreigners and ineligible to vote. Qataris number about 333,000.

Candidates were required to stand in electoral divisions linked to where their family or tribe was based in the 1930s, using data compiled by the then-British authorities.

Some members of the sizeable Al-Murrah tribe were among those excluded from the electoral process, sparking a debate online and sporadic protests.

Qatar signed a constitution into effect in 2005 — the first time since independence from Britain in 1971 — with the aim of introducing democratic reforms.

The constitution banned political parties but provided for legislative power to be vested in a consultative council, or parliament, made up of 45 members, two-thirds of whom would be elected. The rest are appointed by the emir.

In September, Human Rights Watch warned that Qatari law would “effectively disenfranchise thousands of Qataris from voting or running”.