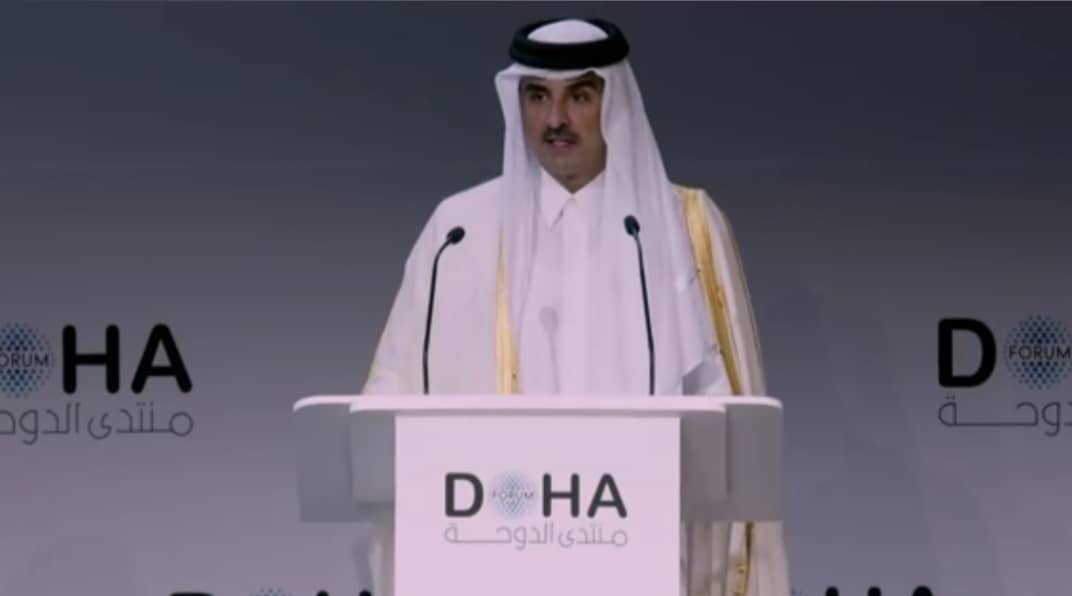 Saudi Arabia and Qatar expressed regret Saturday at a lack of attention to Middle East conflicts, as the West pushes them to show more solidarity with Ukraine.

“The humanitarian suffering that we have seen in Ukraine, and everyone is talking about it right now… has been the suffering of a lot of countries in this region for years and nothing happened,” Qatari Foreign Minister Sheikh Mohammed bin Abdulrahman Al-Thani told a roundtable at the annual Doha Forum.

Neither oil kingpin Saudi Arabia nor gas-rich Qatar, both close to the West but with ties to Russia, have taken a strong position for or against Moscow since it invaded Ukraine last month.

Europe and the US hope the two countries will boost oil and gas production to help reduce Western reliance on Russian supplies.

The Qatari diplomat expressed hope that the Ukraine conflict would serve as “a wake-up call for everyone in the international community, to look at our region and to address the issues… with the same level of commitment that we have seen between Russia and Ukraine”.

Hundreds of thousands of people in Yemen have been killed, directly or indirectly, and millions have been displaced as a result of its years-long conflict, in what the UN calls the world’s worst humanitarian crisis.

The war in Syria is estimated to have killed nearly half a million people and displaced millions more since it began with a brutal crackdown on anti-government protests in 2011.

In a video message to the Doha Forum earlier Saturday, Ukrainian President Volodymyr Zelensky called on Qatar, to increase natural gas production because of the conflict.

“The future of Europe rests with your efforts,” he told the audience that included the emir of Qatar, Sheikh Tamim bin Hamad Al-Thani.

He drew comparisons between the war in his country and the conflict in Syria, where Russia’s intervention in 2015 was seen as having turned the tide in President Bashar al-Assad’s favour.

“The engagement of the global community… now and then, it’s quite different,” he said at the forum.

“The trans-Atlantic unity right now, it’s commendable. But I think you have to have a much better conversation with the rest of the global community,” he said, addressing US and European officials at his side.