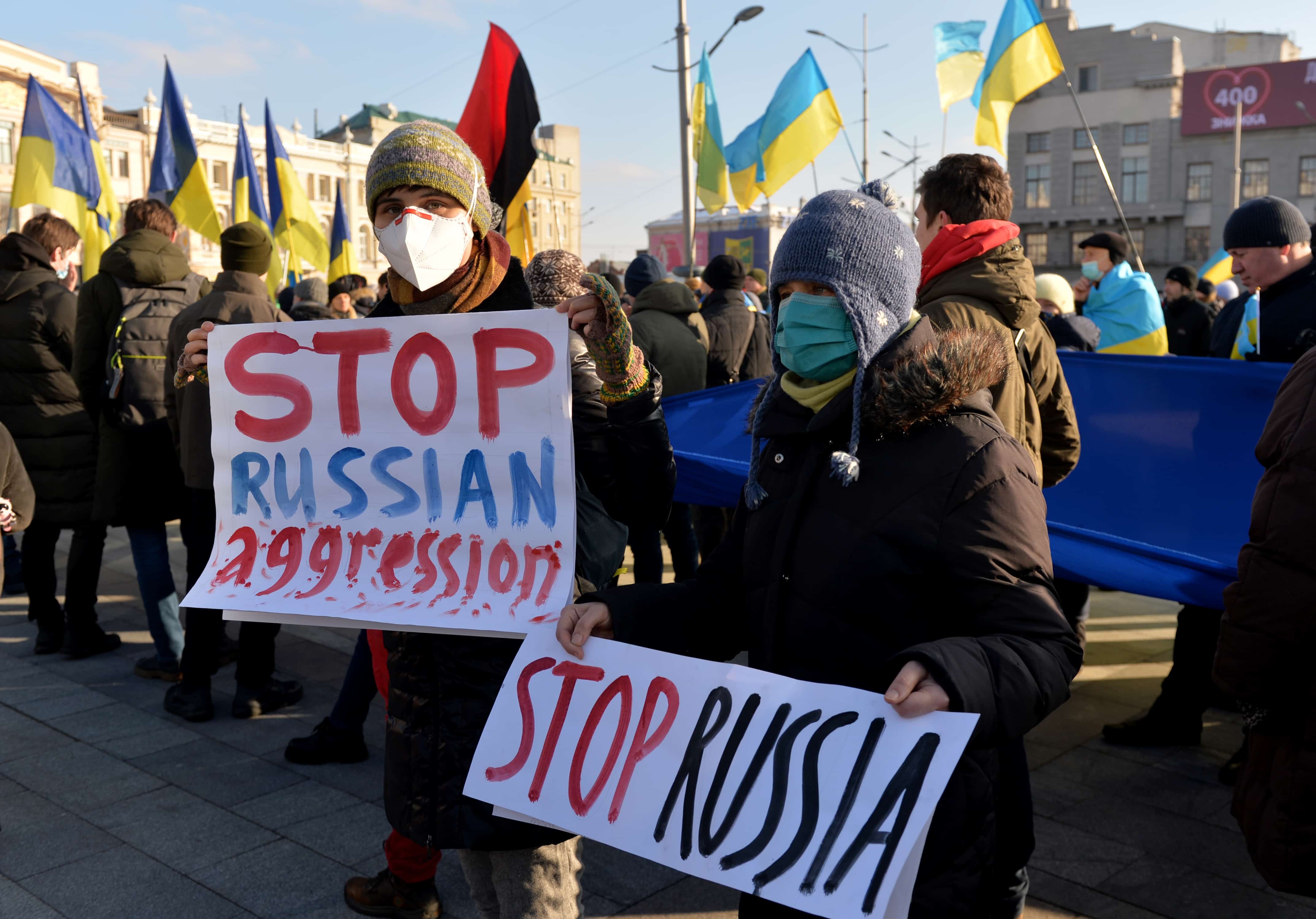 Protesters hold placards during a Unity March amid soaring tensions with Russia, in Kharkiv, eastern Ukraine, on February 5, 2022. AFP

United States intelligence assessments say Russia is stepping up preparations for a large-scale invasion of Ukraine and has now put in place 70 percent of the forces it would need for such an attack, US officials said.

Russia has assembled 110,000 troops along its border with Ukraine but US intelligence had not determined if President Vladimir Putin has actually decided to invade, according to officials who in recent days held briefings with members of Congress and European allies.

The officials warned lawmakers that the assembled Russian force on the frontier with Ukraine is growing at a rate that would give Putin the force he needs for a full-scale invasion — some 150,000 soldiers — by mid-February.

Instead, the officials said Putin wants to have all possible options at his disposal: from a limited invasion of the pro-Russian Donbas region of Ukraine to a full-scale, all-out invasion.

Russia denies that it is planning to invade Ukraine.

If Russia does opt for a full-scale attack, the invading force could take the capital Kyiv and topple President Volodymyr Zelensky in a matter of 48 hours, the officials said.

A first contingent of US soldiers arrived Saturday in Poland, where President Joe Biden has decided to send American forces to protect NATO member states from what he calls any possible aggression, as diplomats work furiously to try to persuade Russia to pull its troops back from the border with Ukraine.