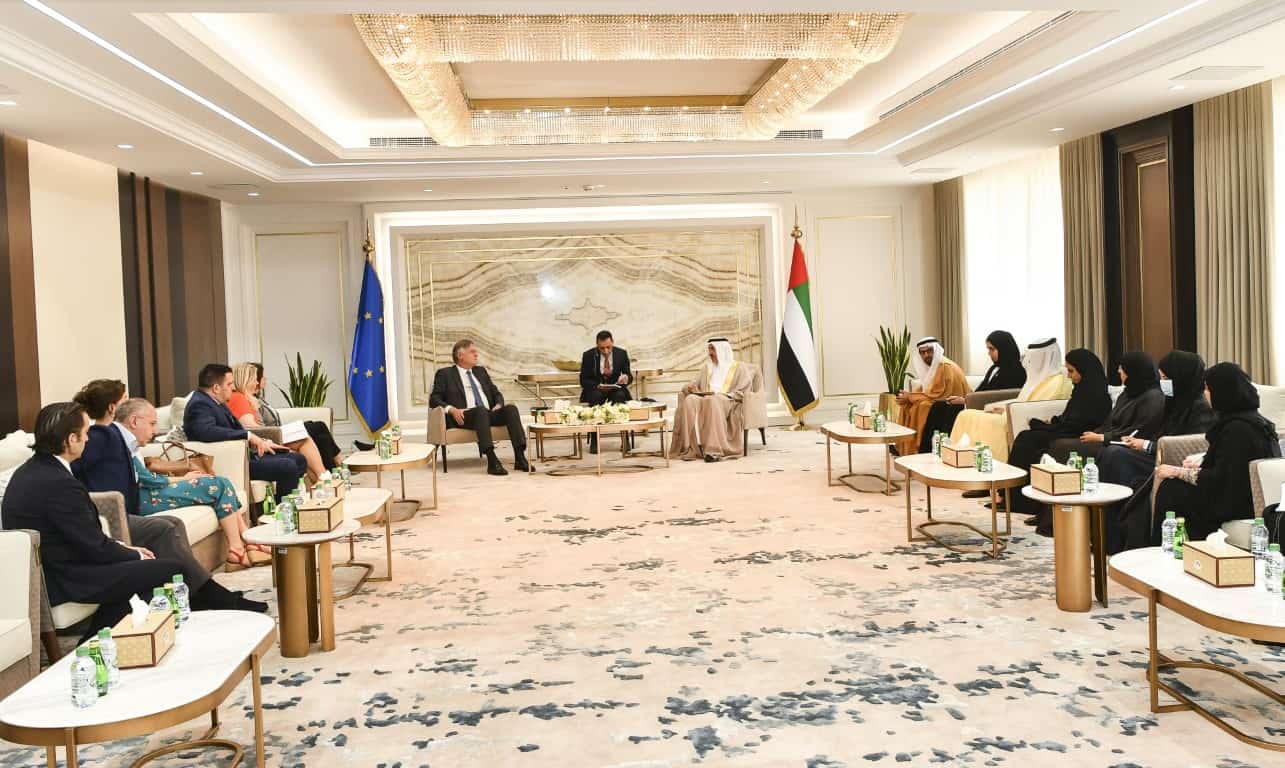 Speaker of the UAE Federal National Council (FNC) Saqr Ghobash discussed the ongoing cooperation between the UAE and European Union (EU) member countries with the President of the UAE-EU Parliamentary Friendship Group at the European Parliament Antonio Lopez-Isturiz White, and his delegation, at the FNC’s headquarters.

The meeting was attended by members of the Committee and Dr. Ali Rashid Al Nuaimi, Chairman of the UAE Defence, Interior and Foreign Affairs Committee.

Ghobash and White strongly condemned the Houthi attacks on civilian facilities in the UAE and stressed the need to find peaceful solutions to conflicts and crises affecting the region and the rest of the world, as well as the importance of respecting good neighbourly ties and not intervening in the internal affairs of countries.

They also highlighted the importance of continuing their coordination on matters of mutual concern, most notably addressing terrorism and helping establish security, stability and peace.

Ghobash called on the European Parliament to condemn the Houthi attacks on civilian facilities in the UAE and help in  the implementation of the United Nations (UN) Security Council resolutions 2261 and 2231, and prevent the supply of arms from foreign countries and list the Houthi militias as a terrorist group.