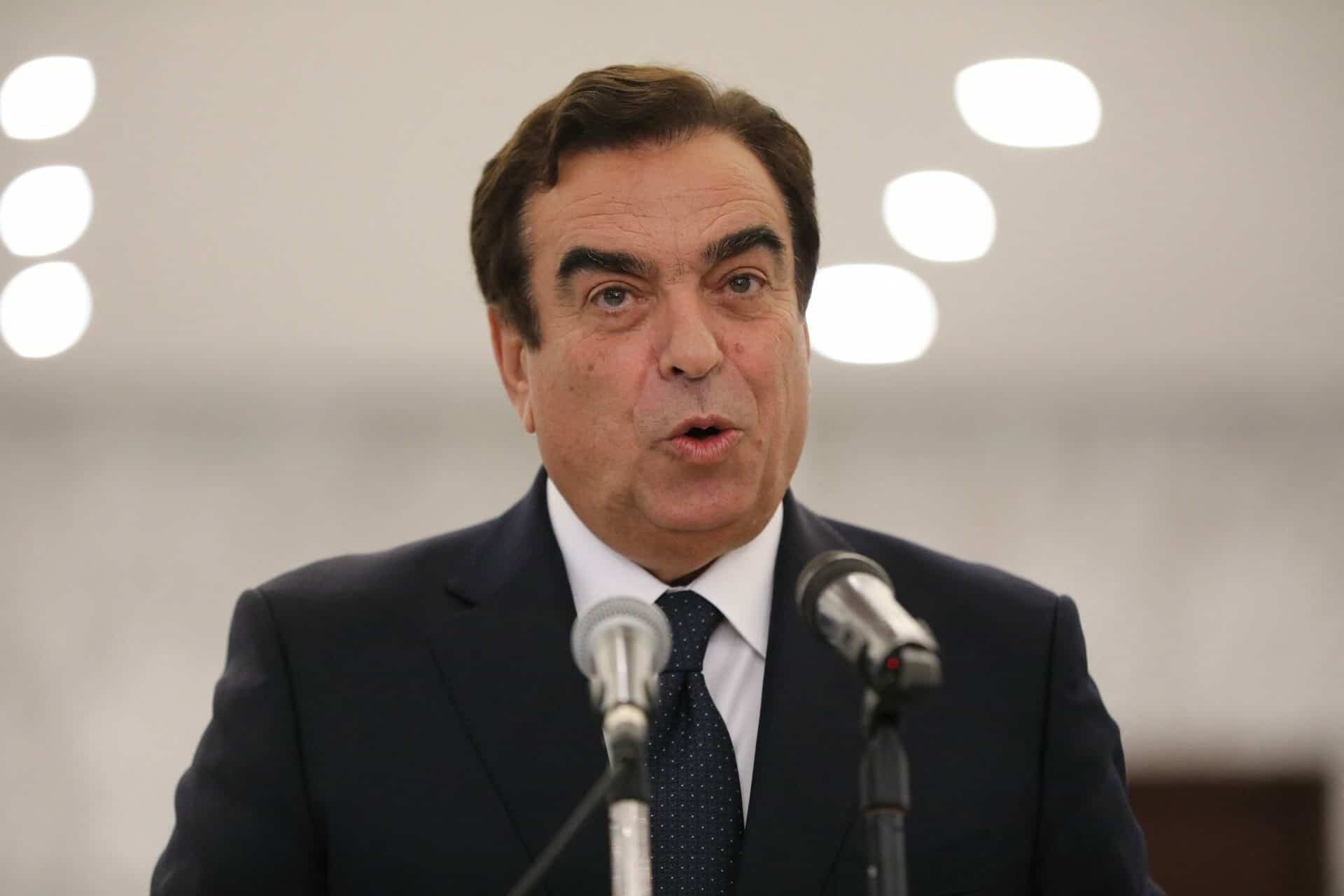 Saudi Arabia and the UAE summoned Lebanon’s ambassadors on Wednesday over Information Minister George Kordahi’s criticism of the Riyadh-led military coalition fighting rebels in Yemen.
Kordahi said during an interview aired on Monday that the Iran-backed Huthi rebels are “defending themselves… against an external aggression”, adding that “homes, villages, funerals and weddings were being bombed” by the coalition.
He also called the seven-year war in Yemen “futile” and “time for it to end”.
Tens of thousands of people — most of them civilians — have died and millions have been displaced, in what the United Nations has called the world’s worst humanitarian crisis.
Saudi Arabia’s foreign ministry said in a statement that it handed the ambassador a memorandum protesting Kordahi’s “offensive” remarks.
It also expressed its regret over the “insulting” statements, saying they were “clearly biased towards the terrorist Huthi militia that threatens the security and stability of the region”.
Shortly after, the United Arab Emirates — a member of the coalition — condemned Kordahi’s statements and said it too called in the Lebanese ambassador.
Kordahi’s “disgraceful and biased” comments “offended the member countries of the coalition,” it said in a statement carried by the official WAM news agency.
On Tuesday, the Lebanese government said that Kordahi’s statements were “rejected and did not reflect the position of the government”, adding that the interview in question took place before Kordahi was appointed to cabinet in September.
Kordahi, a well-known television presenter, told local reporters on Wednesday that the interview in question took place on August 5 and was his “personal opinion”.
“I did not wrong anyone. I did not attack anyone. Why should I apologize?” he said. “I stated my position with love as a human who feels Arab suffering.”
Rights groups have harshly criticized the coalition for civilian casualties in its aerial bombardment.
Yemen’s civil war began in 2014 when the Huthis gained control of the capital Sanaa, prompting Saudi-led forces to intervene to prop up the government the following year.