Taliban declare ‘war is over’ in Afghanistan 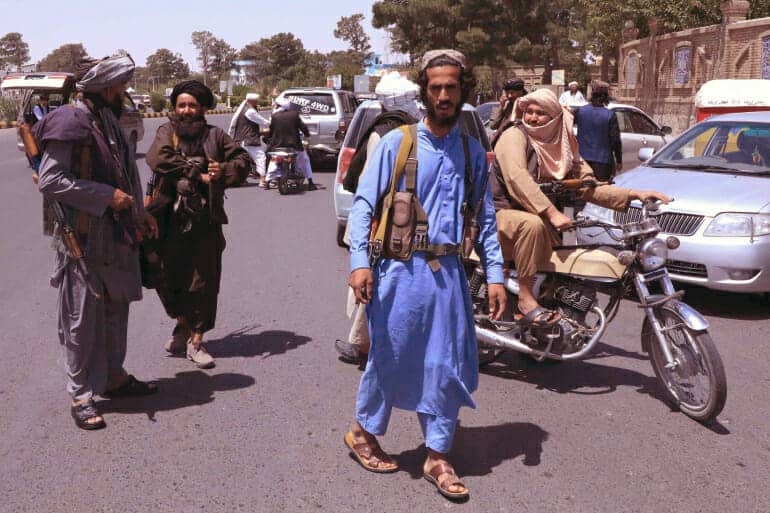 DUBAI: The Taliban have declared that war in Afghanistan is over as President Ashraf Ghani fled the country on Sunday while a huge rush of people eager to leave the country created chaos at Kabul airport.

Reports cited Mohammad Naeem, the spokesman for the Taliban’s political office, as telling Al Jazeera TV, “Today is a great day for the Afghan people and the mujahideen. They have witnessed the fruits of their efforts and their sacrifices for 20 years.”

“Thanks to God, the war is over in the country,” he said and added that a new regime would unfold soon. He said the Taliban did not want to live in isolation and called for peaceful international relations.

Taliban on Sunday took control of capital Kabul as Afghan forces, trained for years and equipped by the US and others at a cost of billions of dollars, melted away.

At Kabul airport, hundreds of Afghans waited for flights, some dragging luggage across runways in the dark, while women and children slept near security corridors. Reports said scuffles broke out among people unable to get a place as departures were halted.

Former president Ghani, in a Facebook post, said he had left the country to avoid clashes with the Taliban that would endanger millions of residents of Kabul.

“The Taliban have won the judgment of sword and guns and now it’s their duty to protect the people of Afghanistan,” he said without mentioning where he was headed or how the power would be transferred.

Some local social media users in Kabul branded Ghani a coward for leaving them in chaos. A tweet from the verified account of the Afghan Embassy in India said: “We are all banging our heads in shame.”