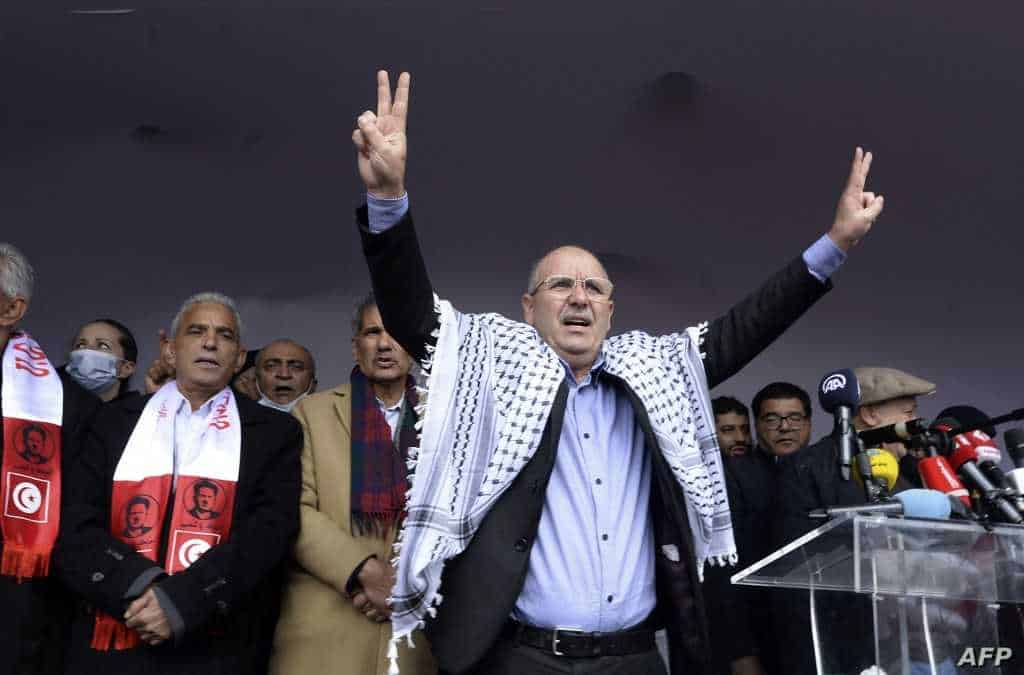 Tunisia’s powerful UGTT trade union confederation demanded a “national dialogue” and a “roadmap” out of a state of exception imposed by President Kais Saied, at a rally attended by thousands of supporters on Saturday.

“Tunisia will not be built with individualism,” UGTT secretary general Noureddine Taboubi told AFP after addressing supporters, calling on the president to adopt a “participatory approach”.

“Work, freedom and national dignity,” the demonstrators chanted. “With our souls and our blood, we will defend the UGTT.”

Saied sacked the government, suspended parliament and assumed exceptional powers on July 25, citing an “imminent threat” to the country. Many of his detractors have accused him of staging a constitutional coup.

On September 22, Saied suspended parts of the constitution and installed rule by decree, in a further blow to the only democracy to emerge from the Arab Spring uprisings of a decade ago.

The president has since sought to assure Washington that he is seeking a way out of the state of exception.

The UGTT was a joint winner of the 2015 Nobel Peace Prize for its role in the transition from the iron-fisted rule of deposed president Zine El Abidine Ben Ali.