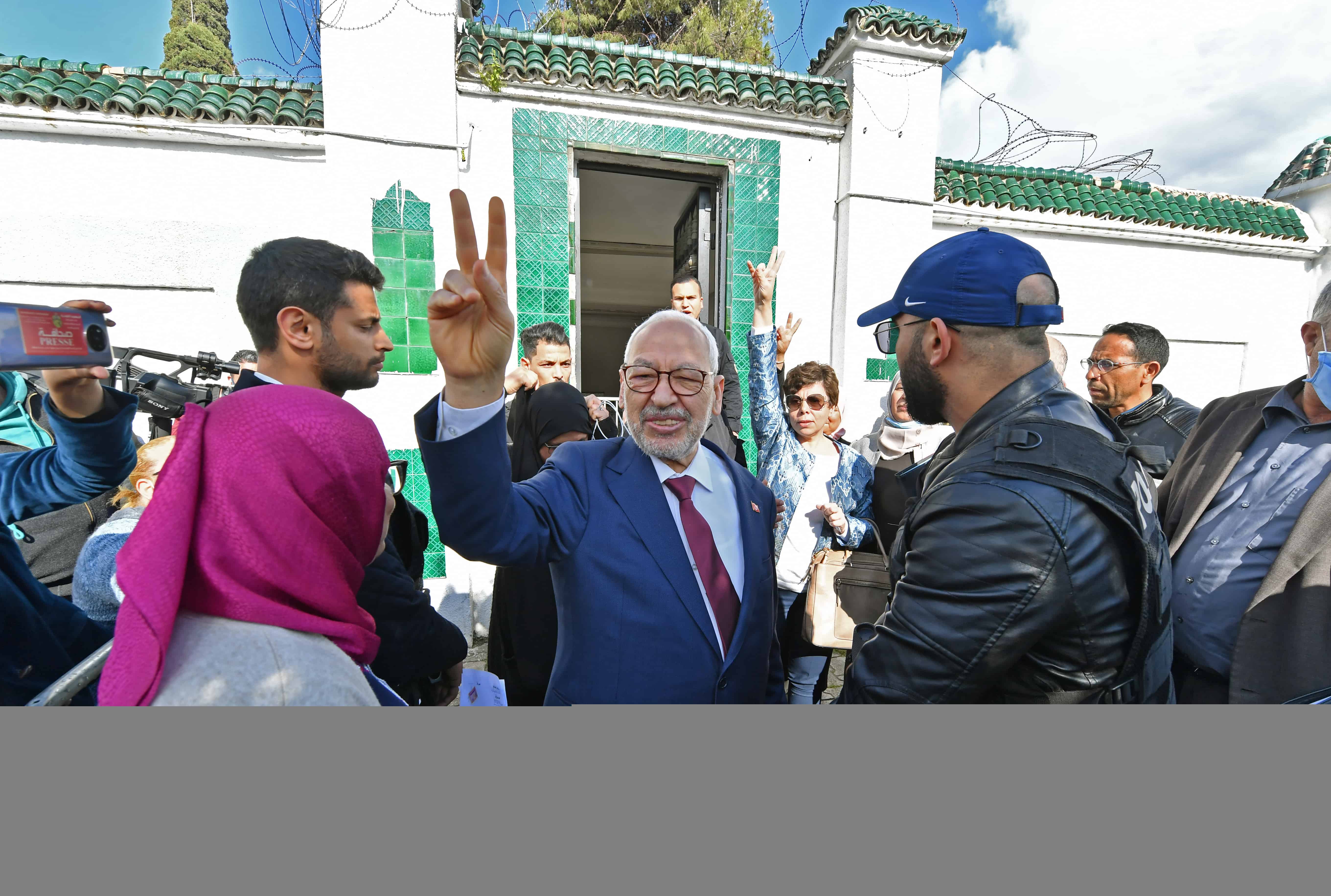 A Tunisian court has imposed a travel ban on the speaker of the country’s now-dissolved parliament, a court spokeswoman said.

The interdiction against Rached Ghannouchi is part of an inquiry into alleged obstruction of justice in connection with the assassination in 2013 of two left-wing figures, the court spokesman said on Friday.

The travel ban was imposed on “34 suspects in this case, including Rached Ghannouchi,” Fatima Bouqtaya, spokeswoman for the court in the Tunis suburb of Ariana, told AFP.

Ghannouchi, 81, is a fierce critic of President Kais Saied who in July 2021 suspended the Ennahdha-dominated parliament, sacked the prime minister and assumed executive powers.

Saied then dissolved parliament in March this year. His moves have stoked fears of a return to autocracy in a country where a revolution in 2011 triggered the pro-democracy Arab Spring movement in the wider region.

Tunisia’s judiciary in January opened an investigation against the suspects for allegedly “concealing information” linked to the killing nine years ago of Chokri Belaid and Mohamed Brahmi.

The Islamic State group claimed both killings but Ennahdha critics including a brother of one of the victims accused the party of having “manipulated and slowed down” the case.