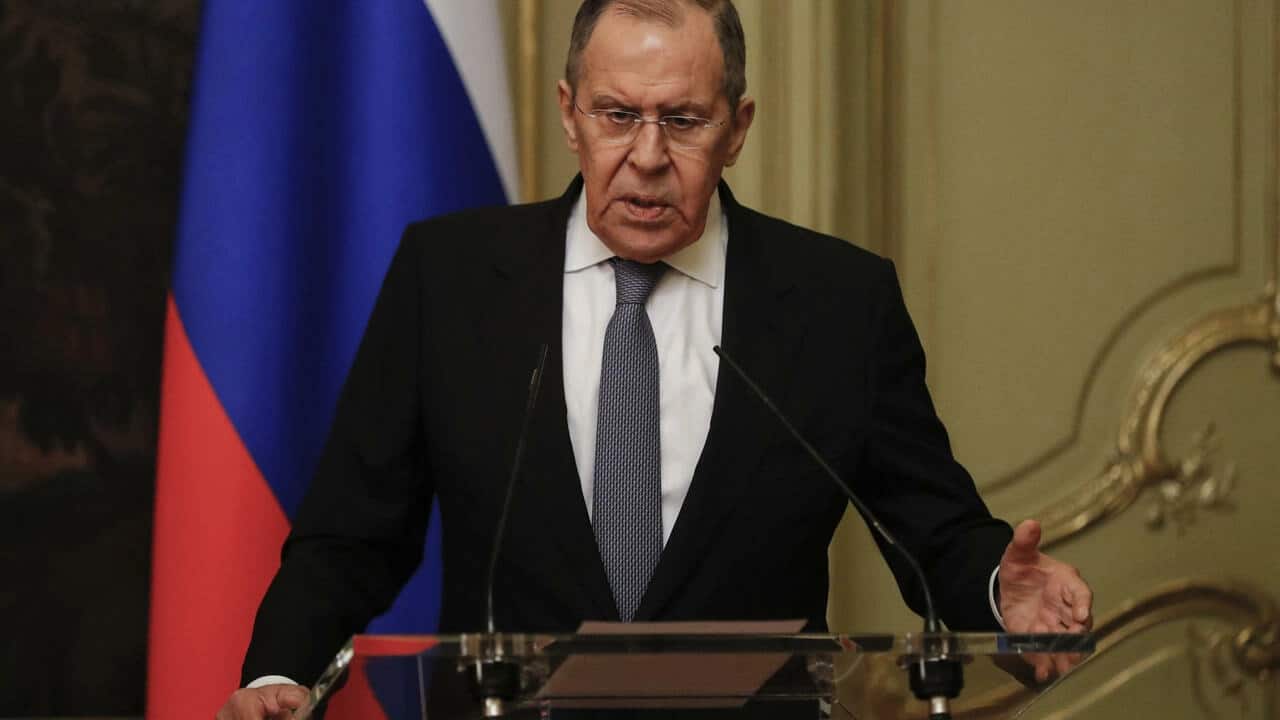 Analysts fear there are low chances of a breakthrough at the meeting between Russian Foreign Minister Sergei Lavrov and his Ukrainian counterpart. AFP

The Russian and Ukrainian foreign ministers will Thursday hold face-to-face talks in southern Turkey in the first high-level contact between Kyiv and Moscow since Russia invaded its neighbor two weeks ago.

President Recep Tayyip Erdogan, who has pushed for Turkey to play a mediation role, has expressed hope the talks can avert tragedy and even help agree a ceasefire.

But analysts fear there are only the lowest chances of a breakthrough at the meeting in Antalya between Russian Foreign Minister Sergei Lavrov and his Ukrainian counterpart Dmytro Kuleba.

Senior Ukrainian officials, including the defense minister, have held a sequence of meetings with a Russian delegation in Belarus largely devoted to humanitarian issues, but Moscow has not sent any ministers to the talks.

Lavrov and Kuleba will be joined at the meeting Thursday morning by Turkish Foreign Minister Mevlut Cavusoglu, with NATO member Turkey keen to maintain strong relations with both sides despite the conflict.

Kuleba confirmed in a video on Facebook he was preparing to meet Lavrov on Thursday, warning that his expectations were “limited”.

He said the success of the talks would depend on “what instructions and directives Lavrov is under” from the Kremlin at the discussions.

“I am not pinning any great hopes on them but we will try and get the most out of” the talks with effective preparation, he said.

The visit to Antalya will be the first trip abroad for Lavrov since Russia was isolated by the Western world with biting sanctions that have also targeted President Vladimir Putin’s long-serving top diplomat.

The meeting is likely to be tense after Kuleba in an interview last week with CNN described Lavrov as the “Ribbentrop of his time” in reference to the foreign minister of Nazi Germany in World War II.

Russian foreign ministry spokeswoman Maria Zakharova confirmed on Wednesday that Lavrov would be attending the meeting, which will be on the sidelines of a diplomatic forum organized by Cavusoglu in Antalya, his home city.

“We are working to stop this crisis transforming into a tragedy,” Erdogan said on Wednesday.

“I hope the meeting between the ministers will open the way to a permanent ceasefire.”

Turkey is a traditional ally of Ukraine and has supplied the country with Bayraktar drones made by a firm whose technology director is Erdogan’s own son-in-law which Kyiv has deployed in the conflict.

But it is seeking to maintain good relations with Russia, on which Turkey depends heavily for gas imports and tourism revenues.

Erdogan called the Russian invasion “unacceptable” but at the same time, Ankara has not joined Western sanctions against Moscow and refused to close its airspace to Russian planes.

“This active neutrality succeeded in bringing Turkey to the center of the diplomatic game,” said Berk Esen of the German Institute for International and Security Affairs.

The war has sparked Europe’s largest refugee crisis since World War II, with more than two million people crossing Ukraine’s borders, according to the United Nations.

The West’s sanctions on Russia have failed to dissuade Putin from pushing on with his assault.

“I think every effort helps, but I don’t think there is much hope for a breakthrough just yet,” the Foreign Policy Research Institute’s Middle East Program director Aaron Stein told AFP.

The talks are a boost for Erdogan who has in recent years found himself increasingly cold-shouldered by the West over unilateral Turkish operations in Syria and concerns ovr human rights.

Turkey is also enduring a severe economic crisis that has seen a crash in the value of the lira. A breakdown in relations with Russia could spell disaster for the economy.

Washington Institute fellow Soner Cagaptay said he would “be highly surprised” if the Antalya talks led to a major breakthrough, with other leaders including French President Emmanuel Macron and Israeli Prime Minister Naftali Bennett also seeking to mediate.

But he praised as a “huge success for Turkish diplomacy” the fact that the two foreign ministers “are agreeing to meet in person in a neutral territory”.

“That’s quite significant even if there’s no breakthrough,” he told AFP.