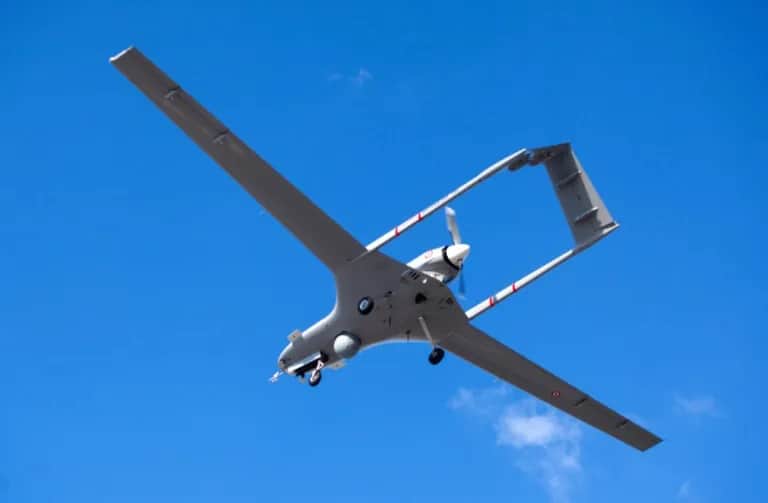 Turkey has stepped up its drone strikes in Kurdish-controlled areas of Syria since a July 19 summit with Iran and Russia. (AFP)

By TRENDS Desk AFP
August 10, 2022 10:33 am
Share
A Turkish drone strike Tuesday killed at least four people in a northeast Syrian city held by Kurdish forces, the latest in a flurry of attacks, a war monitor said.

The Britain-based Syrian Observatory for Human Rights said the attack struck near a hospital in Qamishli, the de facto capital of a semi-autonomous Kurdish administration that runs large parts of the country’s northeast.

The four victims, all affiliated with the administration, were killed while they dug trenches near Turkey’s border in anticipation of a new offensive that Ankara has threatened to launch since May, the monitor said.

The Kurdish-led Syrian Democratic Forces (SDF) confirmed the attack in a statement, calling the four “fighters”.

Ankara has launched successive military offensives in Syria. Most have targeted Kurdish militants that Ankara links to a group waging a decades-long insurgency against it.

Turkey has stepped up its drone strikes in Kurdish-controlled areas of Syria since a July 19 summit with Iran and Russia failed to green-light a fresh offensive, according to Kurdish officials and the Observatory.

A Turkish drone strike on Qamishli at the weekend killed four people, including two siblings, said the Observatory.

The SDF, the Syrian Kurds’ de facto army, has counted at least 13 of its members killed in several Turkish attacks since July 19.

Syria’s conflict, which began in March 2011, has killed nearly half a million people and displaced half the country’s pre-war population.