UAE top diplomat on first Syria visit in over a decade 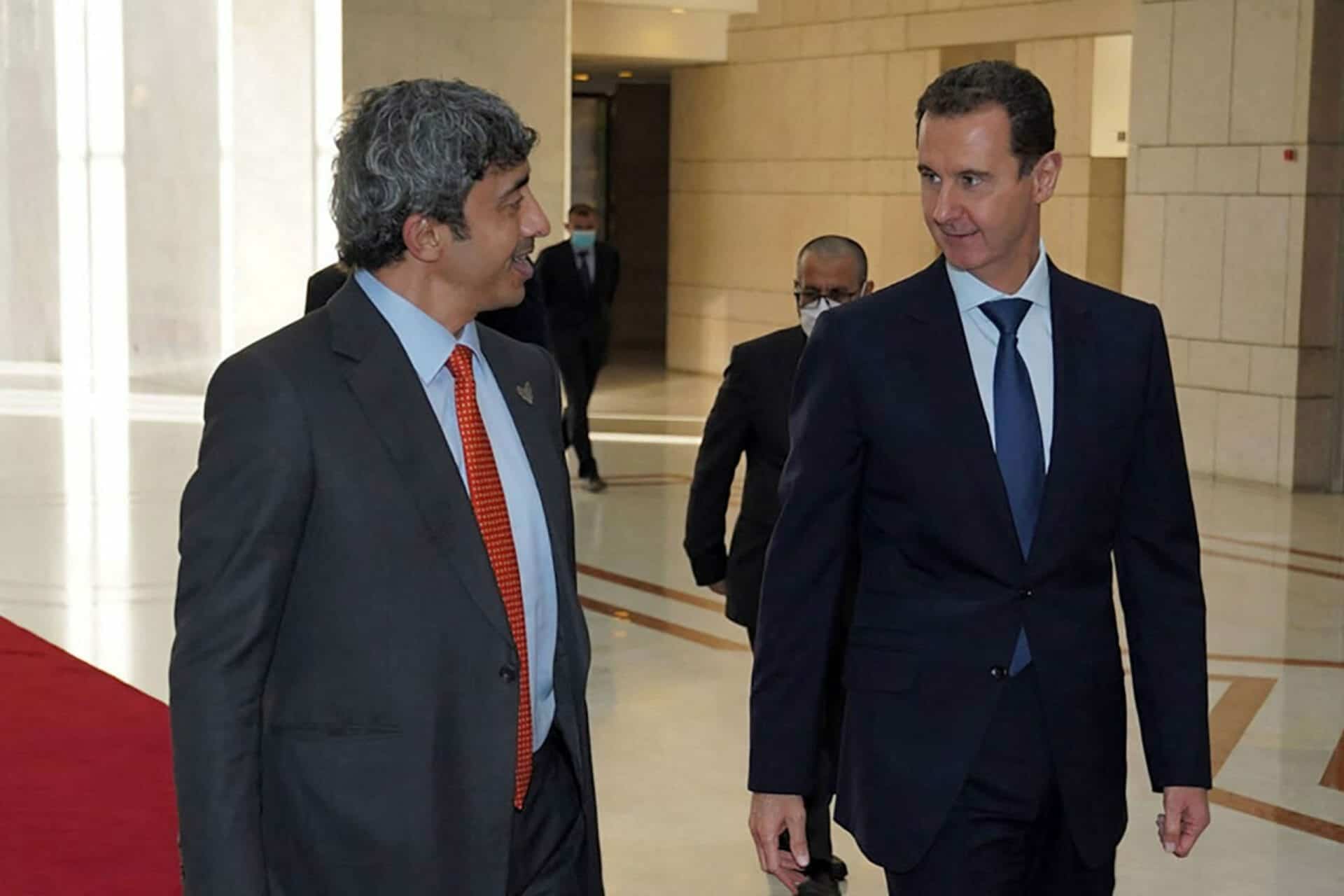 The visit is widely seen as a sign of regional efforts to end Assad’s diplomatic isolation as Syria grapples with a spiralling economic crisis caused by years of conflict and compounded by a spate of Western sanctions.

“During the meeting, they discussed bilateral relations between the two brotherly countries and ways to develop cooperation in different sectors that are of common interest,” SANA added.

The UAE broke ties with Syria, which is backed by the UAE’s regional rival Iran, in February 2012, as the repression of nationwide protests demanding regime change was escalating into a devastating war.

In December 2018, the UAE reopened its embassy in Damascus. This was followed by the Gulf country calling in March for Syria to return to the Arab League.