AfCon to be held as planned despite Omicron surge 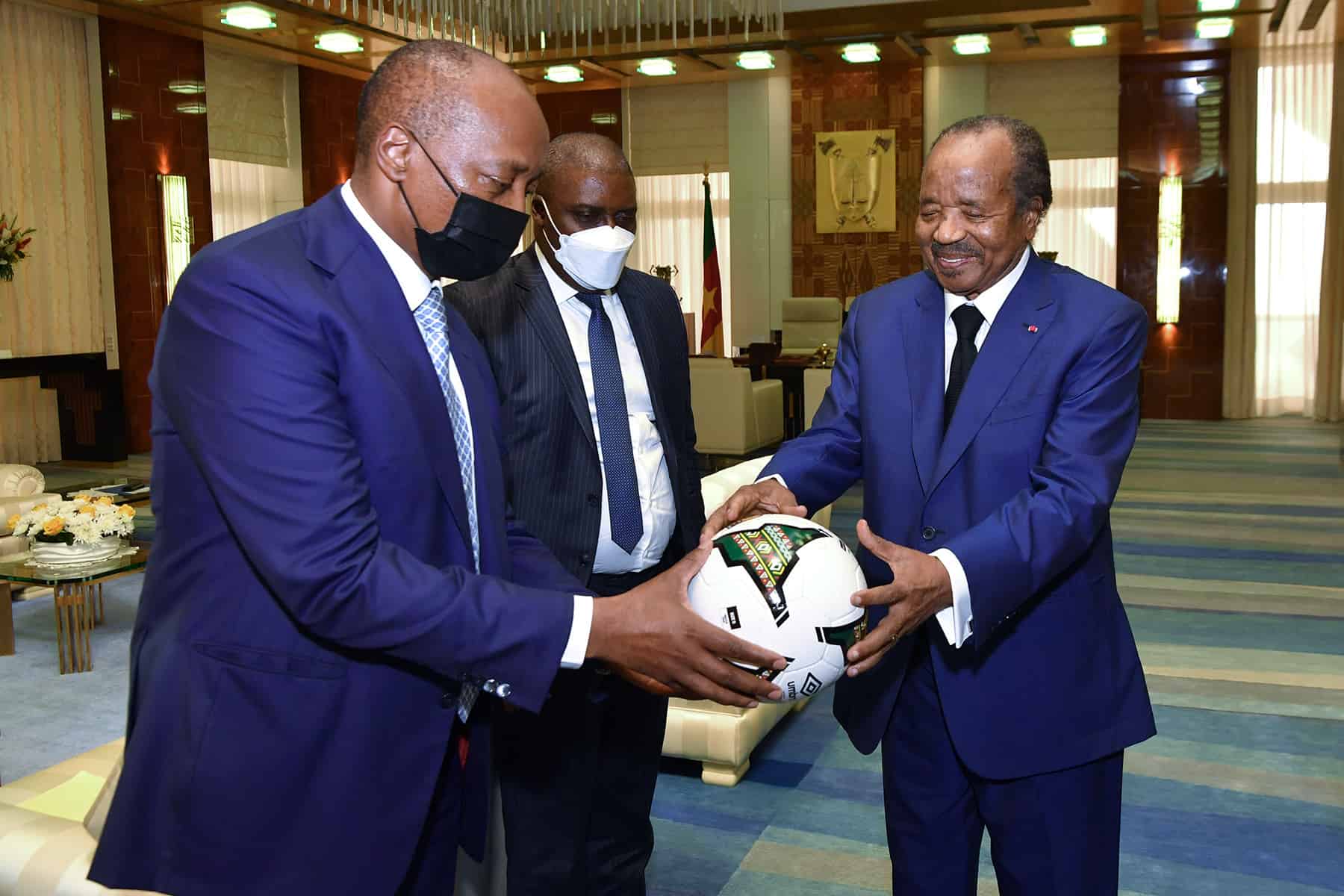 President Paul Biya exchanged views with Patrice Motsepe on the smooth organization of the AFCON2021 in Cameroon.

African football chief Patrice Motsepe confirmed on Tuesday that the Africa Cup of Nations (AfCon) will go ahead as planned in Cameroon next month despite the Omicron-variant led surge in Covid-19 cases.

“I am going to watch, on January 9, Cameroon and Burkina Faso (in the opening match),” Motsepe said, dispelling rumors that the already delayed continental showpiece could fall victim to the coronavirus pandemic.

South African mining tycoon Motsepe gave the green-light to the AfCon, originally due to be staged in 2019, after talks with Cameroon president Paul Biya.

But the 59-year-old was quick to stress the dangers presented by the new variant responsible for record daily numbers of positive cases.

“Omicron is an enormous challenge,” Motsepe said, guaranteeing that nobody would be allowed to set foot in the stadiums without a negative PCR test.

Motsepe was joined at the press briefing by the newly elected head of the Cameroon football federation, the country’s former football star Samuel Eto’o.

“I will also be there when the trophy is handed over by Eto’o” after the competition’s final game on February 6, Motsepe added.

Biya was quick to applaud the decision which will have caught some by surprise, the 88-year-old posting on Twitter: “Delighted to have shared our points of view with Patrice Motsepe.”

Any other outcome would not have appealed to Cameroon’s head-of-state for the past 39 years who confirmed the competition was taking place “in Cameroon as planned”.

Motsepe’s stipulation of a PCR test followed organizers’ announcement that anyone entering the stadiums had to present proof of vaccination. The head of CAF sad he was aware of the prevalence of “fake tests” and said his team were “tackling” the problem.

Cameroon were originally due to stage the African football showcase in 2019 but fell behind with preparations and Egypt stepped in as late replacements.

The 2021 tournament dates have changed twice, first because of fears that torrential seasonal rains could affect the tight schedule, and then because of the pandemic.

Motsepe arrived in Yaounde on Monday with rumors suggesting he was in town to read the event’s last rites.

His visit to Cameroon under three weeks from the opening match, followed last week’s threat from Europe’s top clubs not to release players due to concerns over the Covid-safety protocol.

Many of Africa’s leading players are based at clubs in Europe, including Liverpool duo Mohamed Salah and Sadio Mane, Riyad Mahrez of Manchester City and Achraf Hakimi and Idrissa Gana Gueye of Paris Saint-Germain.

The European Club Association made its concerns known to FIFA in a letter seen by AFP.

The ECA also raised concerns about the danger of players being unavailable for even longer periods due to the potential for travel restrictions or mandatory quarantine being introduced.

Aside from the pandemic another issue causing unease at CAF headquarters in Cairo was delays to infrastructure but Motsepe offered encouragement on that front, saying “very good work” had been done.

Most concern was centered on delays to Yaounde’s new 60,000-seater stadium in Olembe where the competition opens and closes.

The 33rd edition of the Cup of Nations has been claimed five times by hosts Cameroon, the last in 2017. The Indomitable Lions are among the favorites to emerge triumphant again with holders Algeria, Egypt and Senegal.