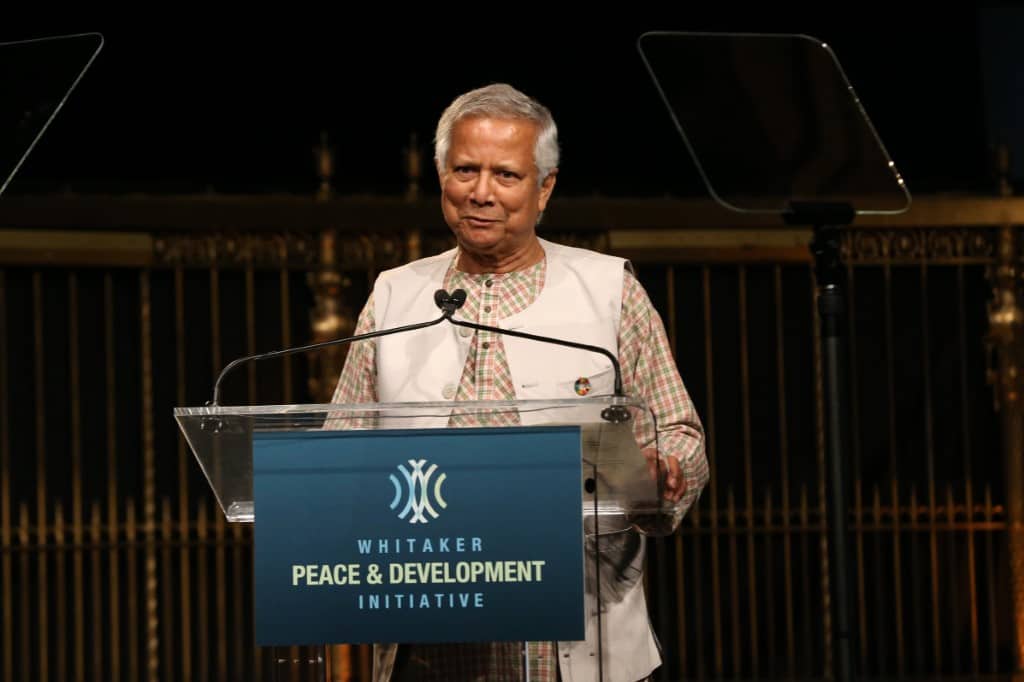 Grameen Telecom (GT) and its senior managers were sued by workers who claimed the company had unfairly deprived them of profit shares guaranteed under the South Asian nation’s labor laws.

Lawyers for GT proposed the settlement after workers lodged an application to dissolve the company in the country’s High Court, Yosuf Ali, a lawyer representing 176 workers, told AFP.

More than 100 lawsuits had been filed against GT by workers, along with three contempt-of-court charges against Yunus and another manager.

“Under the deal GT will pay the workers 437 crore taka ($50 million dollars),” another lawyer for the employees told AFP, on condition of anonymity.

Mustafizur Rahman Khan, a lawyer for Yunus and the firm, confirmed that the workers “have withdrawn all their cases”.

Yunus has been credited with helping eradicate extreme poverty in Bangladesh by offering microfinance loans to tens of millions of rural women through Grameen Bank, which he founded in the 1980s.

Yunus was awarded the 2006 Nobel Peace Prize for his work promoting economic development.

But despite his status as a globe-trotting celebrity speaker, Yunus has faced a series of troubles at home in recent years.

He was forced from his position as Grameen Bank’s managing director in 2011 in a move his supporters blamed on conflict with Prime Minister Sheikh Hasina.

Yunus lost a subsequent challenge to his removal in the courts and was criticized by Hasina, who accused him of “sucking blood” from the poor with high interest rates.

He is the founding chair of Grameen Telecom, which owns a multibillion-dollar stake in Bangladesh’s largest mobile phone operator.