Environmental issues major cause of health problems globally: WHO 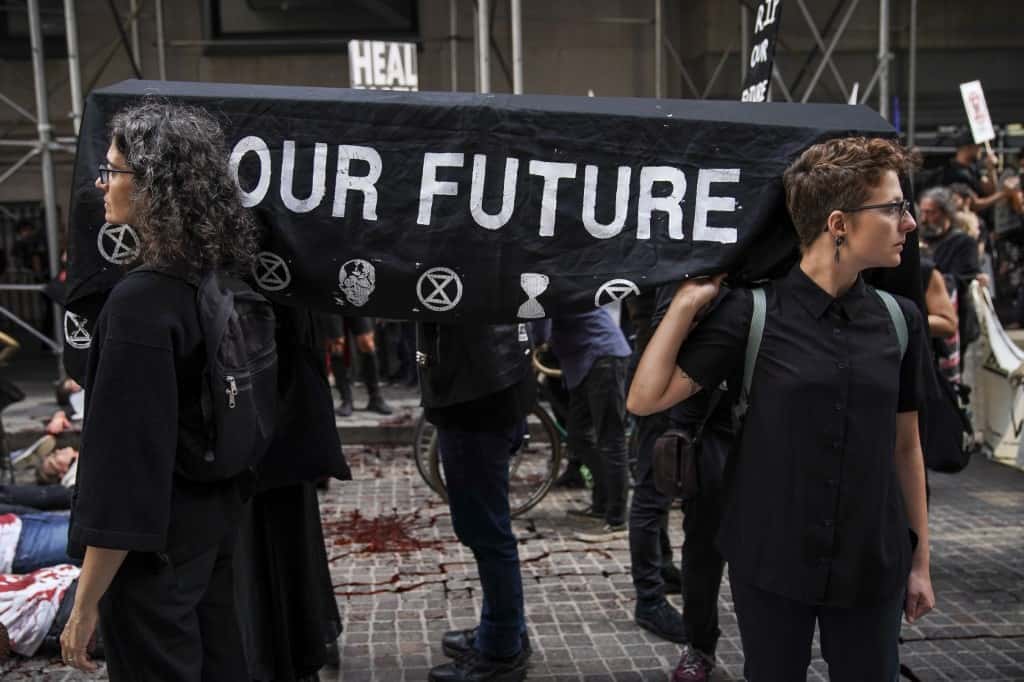 Environmental activists participate in a die-in during a rally for action against climate change in New York City. (AFP)

Environment-related issues are among the major causes of health problems worldwide, the World Health Organization has said.

In the Eastern Mediterranean Region, environmental risks, including climate change, are responsible for 23 percent of the total burden of disease and as much as 30 percent of the disease burden for children, WHO said ahead of the World Health Day 2022 which will be celebrated globally on April 7.

The World Health Day 2022 will be focusing on environmental threats and their effect on the health of the planet. The theme of this year’s campaign is “Our planet, Our health”, which aims to keep humans and the planet healthy and foster a movement to create societies more focused on well-being.

WHO also estimates that more than 13 million deaths around the world each year are due to avoidable environmental causes. This includes the climate crisis that is the single biggest health threat facing humanity.

An estimated 1 million people die prematurely every year as a result of living and working in unhealthy environments.

“The climate crisis is also a health crisis,” says WHO’s Regional Director for the Eastern Mediterranean, Ahmed Al-Mandhari, according to Jordan News Agency.

“It is impossible to have a healthy society in a polluted environment, or to have a clean environment in an unhealthy society. The global COVID-19 pandemic has highlighted just how interconnected and vulnerable our world has become – and how sick.”

Environmental causes are avoidable; however, the political, social and commercial decisions are driving the climate and health crisis. Over 99 percent of people in the region breathe unhealthy air.