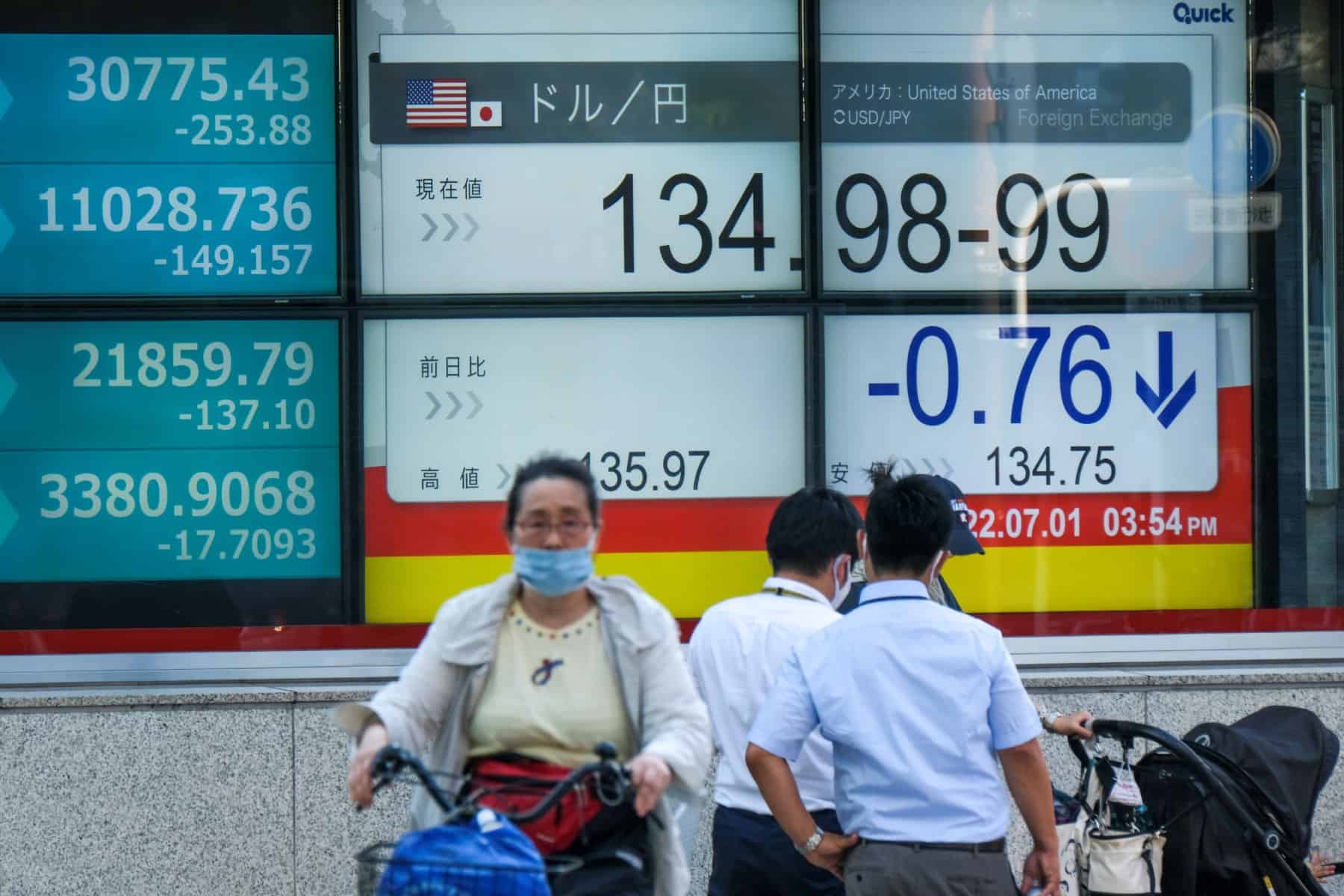 Oil prices recovered slightly, but WTI remained under $100 per barrel.

The euro hit a fresh 20-year low point under $1.02 — the European single currency fast closing in on parity as traders eye recession for the eurozone and aggressive interest-rate hikes in the United States to combat decades-high inflation.

“Worries about a big global slowdown are still gripping financial markets and that nervousness is unlikely to dissipate any time soon,” noted Susannah Streeter, senior analyst at Hargreaves Lansdown.

But on Wednesday, London’s benchmark FTSE 100 index was up 1.8 percent around midday — and the pound was mixed against main rivals — after UK Prime Minister Boris Johnson was rocked by the resignation of finance minister Rishi Sunak.

“Political risks do not seem to be having a major impact on UK assets,” noted Markets.com analyst Neil Wilson.

“There are far too many bigger things on our minds right now — inflation, the economy slowing down, strikes.”

Britain is in the midst of nationwide strikes — affecting in particular the transport sector — as wages are eroded by the rocketing inflation.

Britain’s health secretary, Sajid Javid, joined Sunak in resigning Tuesday, with both ministers saying they could no longer tolerate the culture of scandal that has stalked Johnson for months.

The embattled prime minister moved quickly to replace them, picking Iraqi-born Nadhim Zahawi as his new chancellor of the exchequer, who steps up from his role as education minister.

Elsewhere Wednesday, Asian equity markets closed mostly lower amid a fresh flare-up of coronavirus cases in parts of China that has seen some cities locked down as part of officials’ zero-Covid policy.

Sentiment was slightly boosted by speculation that US President Joe Biden could remove some tariffs on Chinese goods.