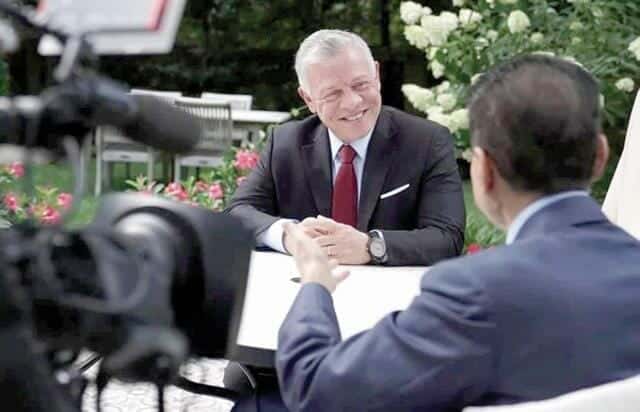 The king  added that he also sat with Israeli Defense Minister Benny Gantz shortly after the formation of Israel’s new government.

He made these revelations during an interview  with CNN’s Fareed Zakaria.

“It was important for me not only to meet with e Palestinian leadership after a war — which I did with Abu Mazen [Palestinian Authority President Mahmoud Abbas] — I met the prime minister, I met General [Defense Minister Benny] Gantz,” the king said. “We really have to get back to the table.”

Abdullah said he was “encouraged” by his interaction with Bennett and stressed the need to rebuild Israeli-Jordanian relations, “because it has not been good.”

The king, however, added that he didn’t see any immediate progress in Israel-Palestinian talks.

“This government may not be the most ideal government to, in my view to [advance] a two-state solution, which I think is the only solution,” Abdullah said  referring to its  ideological orientation.

He said his meeting with US President Joe Biden last week was about getting “Israelis and Palestinians to talk.”