Stocks push higher, but yen and euro under pressure 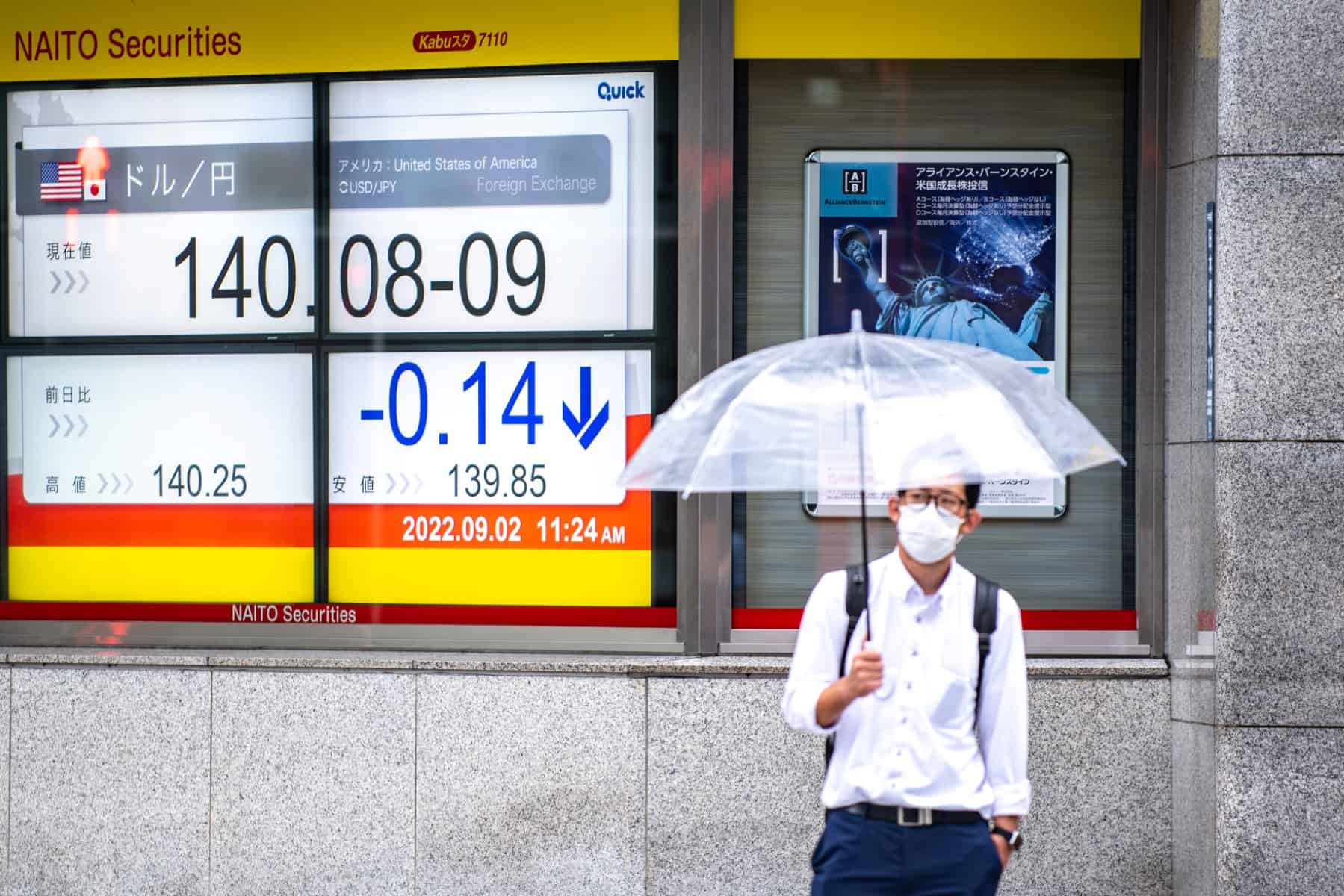 The euro approached a 20-year low versus the dollar that it struck on Monday, while sterling was lifted by reports that new UK Prime Minister Liz Truss could freeze a looming surge in energy bills, and the yen struck a new 24-year dollar low.

Briefing.com analyst Patrick O’Hare said the positive start on Wall Street was primarily due to the fact that main indices are down around 10 percent from the highs they struck on August 16.

There is “an expectation that it is due for a bounce from a short-term oversold condition.”

“There is a wait-and-see mood hanging over markets.”

That again raised the specter that recession was looming in Europe’s biggest economy.

Eurozone stocks had tumbled Monday on heightened energy concerns after Russia said it would not restart gas flows to Germany and effectively most of the continent.

Russia’s decision – in retaliation for sanctions over Ukraine – sent shock waves through trading floors as it ramped up expectations of a painful recession in major economies.

That continues to bedevil the euro, as well as the measures that European governments take to prop up their economies.

This would require the ECB to hike interest rates even more aggressively, meaning a sharper recession.

“For this reason, traders are reluctant to buy the euro.”

In Asia on Tuesday, Shanghai advanced after China unveiled fresh economy-boosting measures, but the overall picture was mixed.

Sydney dipped after the Reserve Bank of Australia lifted interest rates to a near eight-year high and warned of more pain ahead.